8 Ways to Experience the Unique Culture of Georgia 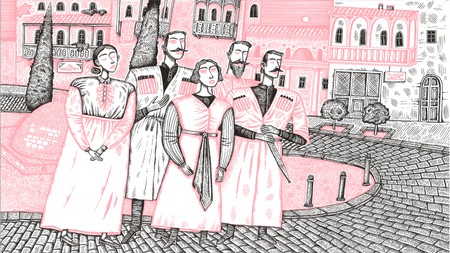 From polyphonic singing to 8,000 years of winemaking, here’s our rundown of ways to experience the unique and interesting culture of Georgia.

Georgia is a country rich in culture and unique in traditions, with origins swathed in the mists of millennia. Take a holiday here and raise a glass to several millennia of winemaking and health-giving natural mineral water; to comfort food that’s utterly delicious and to the soul-nourishing sound of polyphonic singing. Come with your eyes and ears open – Georgia will strum all your senses.

Tune in to polyphonic singing

Music is inseparable from identity in Georgia, a land that has endured invasion and oppression. Millennia old, the a capella harmonies of polyphonic (multivocal) folk singing are spine-tinglingly beautiful – Unesco lists the tradition as an Intangible Cultural Heritage of Humanity. You will encounter regional variations as you travel, in church services and national celebrations. The most famous song of the Kakhetian (eastern) style is Chakrulo, and a recording of it was included on the Golden Record accompanying the Voyager shuttle into space. Listen out, too, for krimanchuli, the multi-octave yodelling technique of western Georgia, heartstopping with its unique scale. 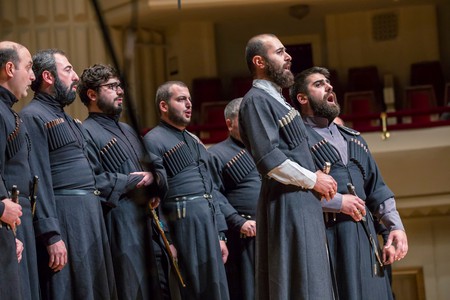 Georgian viniculture is believed to be the oldest in the world – scientists have detected vinous traces on 8,000-year-old earthenware shards. No nation has a wider variety of indigenous grapes, so if you like wine, you’ll adore Georgia. Among several cultivation zones countrywide, one name stands out: Kakheti, which generates the most. Here, you can tour vineyards, enjoy tastings and learn about the time-honoured use of Qvevri. This method, which is on the Unesco Intangible Heritage List, incorporates clay vessels buried in the ground. This cools the grapes for a slow ferment. The result? Georgia’s unique aromatic wines. 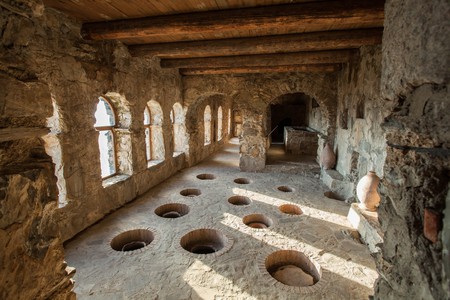 Whether you’re veggie, vegan or carnivore, you’ll find Georgia very much to your taste. Big on fresh meats, vegetables, herbs and spices, its dishes could be the original comfort food: take succulent khinkali, brothy dumplings filled with pork, beef or mushrooms; and khachapuri, like pizzas, but canoe-shaped, baked with gooey cheese and egg. There are over 50 types of khachapuri in Georgia, and each shape is based on a special meaning. The showstopper is the supra, a multi-course feast that may be impromptu or formal, and lasts hours. It involves lyrical toasts by the tamada (toastmaster) to God, Georgia and honoured guests, as well as bacchanalian songs, and course after course of home-prepared food you simply can’t refuse. 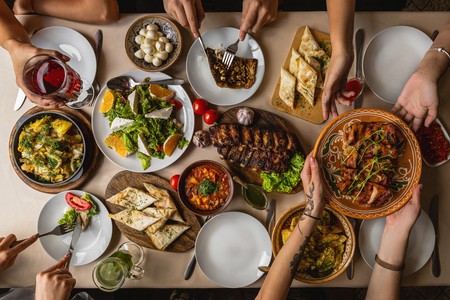 Slake your thirst with mineral water

For those mornings after an indulgent night, Georgia has a solution: Borjomi water. Naturally effervescent, high in calcium and magnesium, it is hailed for having pain-relief qualities, helping everything from liver function to rapid rehydration. It is also a pleasure to drink in itself, served at restaurants and social gatherings in Georgia and, these days, beyond. The source of Borjomi lies in the hydrothermal valley resort of the same name, where it percolates in the volcanic depths of the Caucasus Mountains, gathering minerals as it surfaces in a bubbling hot stream. However, Georgia’s healing mineral water springs go further than just Borjomi, you’ll find dozens scattered across the country, each renowned for its therapeutic qualities. 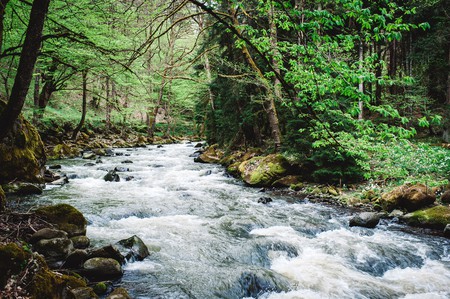 See the martial art of ‘khridoli’

Perhaps due to an old patriotic need to protect borders, the historic martial art of khridoli is practised fervently nationwide and is listed on the Unesco Intangible Cultural Heritage List. Gently evocative of judo, the sport is based on centuries-old traditions and practices and is spell-binding to watch. Combatants in traditional fighting attire engage in a combination of wrestling, boxing and sword fighting. Its popularity – in training centres across Tbilisi – has grown since Georgia’s 1991 declaration of independence from the Soviet Union, which had previously pronounced many customs illegal. Since 2014, khridoli has been officially elevated as a non-material monument of culture. 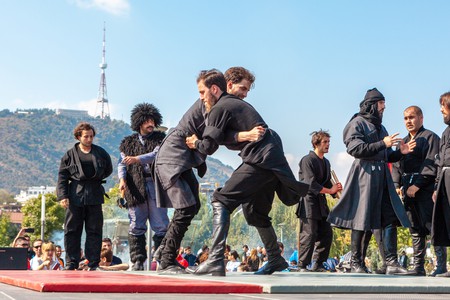 Fancy a Yuletide date for your diary? If you time your Georgia visit just right, you’ll get to enjoy four. As with many nations, Georgians raise their glasses on 25 December, but according to the traditional Orthodox calendar, Christmas falls on 7 January, which means a double dose of feasting, drinking and partying – as well as skiing, if you head to the mountain resorts of Bakuriani and Gudauri. And New Year? Same story – 1 January falls on 14 January for the Orthodox Church, which translates to lots of New Year’s Eve celebrations for the nation. 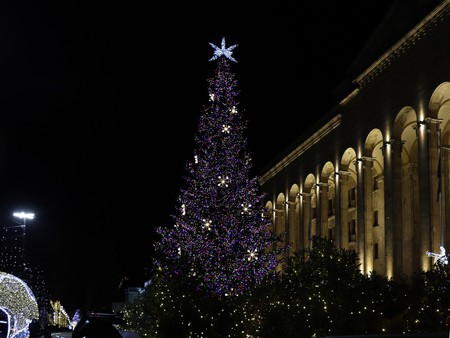 The traditional Orthodox calendar states that Christmas falls in January, meaning you get to celebrate two lots of Christmas festivities if you find yourself in Georgia in December and January | Courtesy of Georgia Tourism

Among the wildly beautiful, vividly costumed national folk dances of Georgia, the most famous is the wedding-courtship ritual known as kartuli. Performed customarily between the bride and groom at their wedding, it is extraordinarily graceful, subtle and romantic. If you get the chance to see a stage rendition, pay close attention to the rules of distance and respect: the female partner glides, swan-like, shyly avoiding the piercing gaze of the man, who follows her with tiny, almost imperceptible steps, like a fluttering butterfly, in an act of supreme seduction. 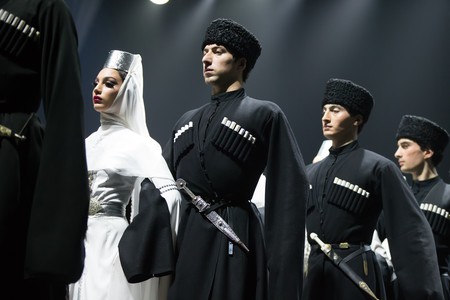 Cheese is a national obsession, enhancing the simplest salads and stews. The diversity is astonishing, from stringy, mop-like tenili, made in south and southeast Georgia, to hard, pungent guda from the milk of sheep and cows grazing the alpine pastures of Tusheti, in the northeast. There are said to be at least 200 varieties, many made using traditions practised for generations in isolated villages. If you only try one, make it dambalkhacho: this salty buttermilk cottage cheese is dried and ripened, with mould, for months in clay pots to ensure its piquancy. 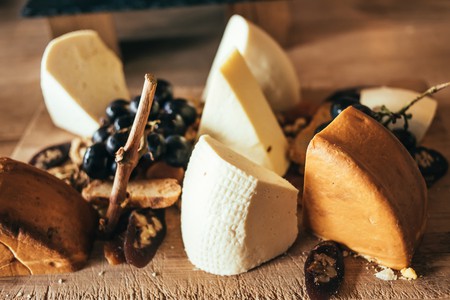