Things to See and Do in Mtskheta 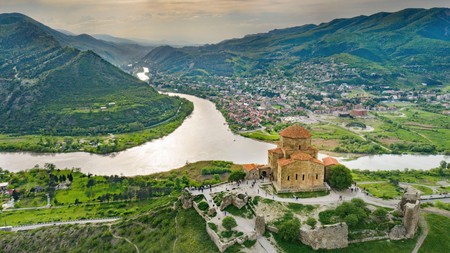 Mtskheta, only a 40-minute drive from Tbilisi, is a Unesco World Heritage Site and one of the oldest cities in Georgia. This former capital of the country has been inhabited since before 1,000BCE and is home to several significant landmarks, such as the Jvari Monastery. While the town itself is tiny and requires only an hour or two to explore, there are other sites worth visiting nearby. Here’s our pick of the best.

You can enjoy a guided walking tour of Mtskheta as part of Culture Trip’s immersive nine-day Georgia adventure, led by our Local Insider.

Visit one of the oldest Christian Monasteries in the country 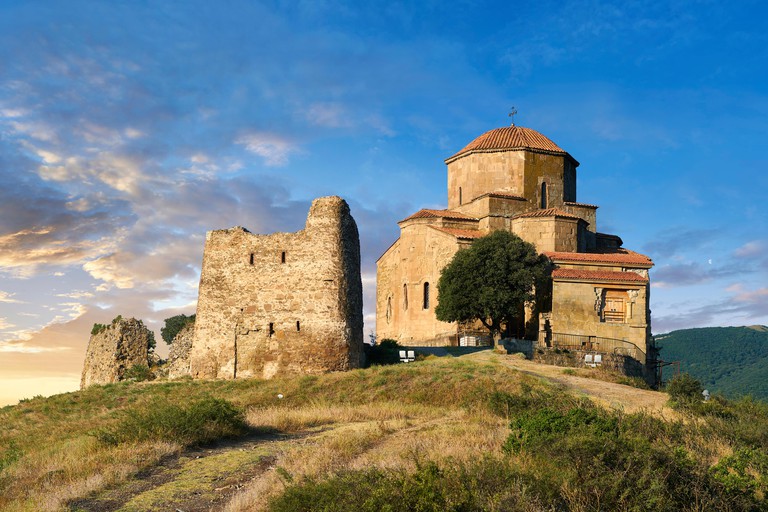 © funkyfood London - Paul Williams / Alamy Stock Photo
The first landmark everyone visits on their way to Mtskheta is Jvari Monastery, which dates back to the sixth century. The name, which translates as Cross Monastery, derives from a huge wooden cross erected on the site by King Mirian III after the adoption of Christianity. From here, you can enjoy a picturesque view of the confluence of the Mtkvari and Aragvi rivers with Svetitskhoveli Cathedral and Mtskheta in the background.

Tour an architectural wonder of Mtskheta 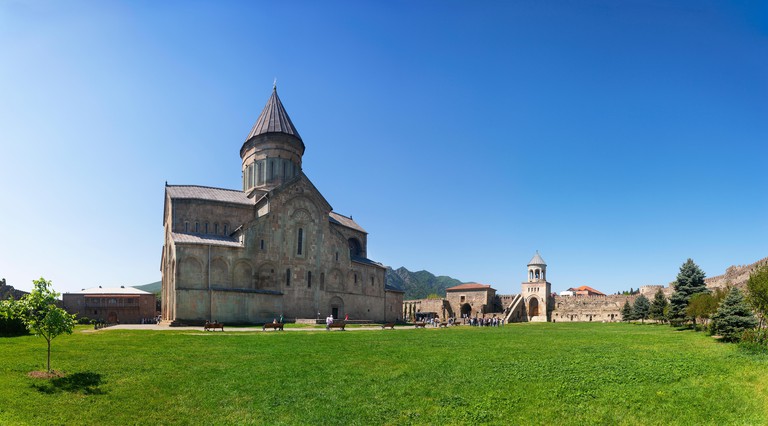 Svetitskhoveli Cathedral dates back to the 11th century and has been a religious centre of the country since its construction. Its complex includes the church, a bell tower, a gate, castles and clerical residences. There are also two legends connected to this Unesco World Heritage Site. The claim that the seamless robe of Christ is buried here is widely held by Georgians, while it is also said that King Giorgi ordered the amputation of the right hand of the architect who designed the cathedral, so as not to build something this beautiful ever again. 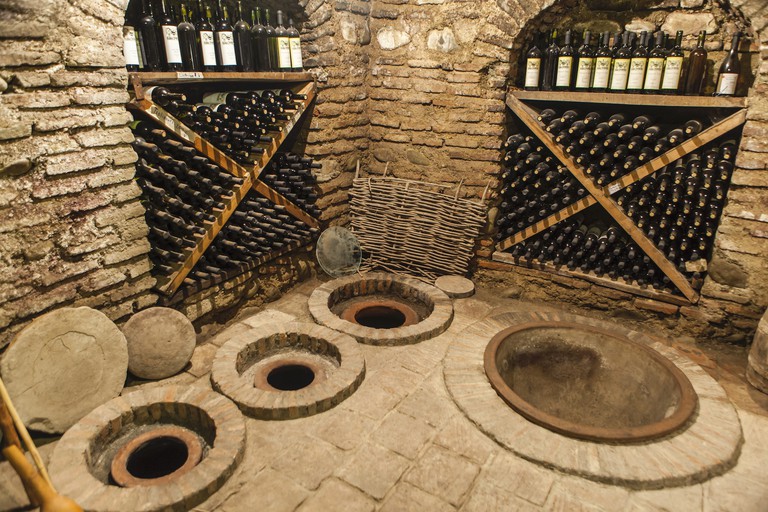 Mtskheta is home to Georgia’s Chamber of Wine, known locally as Gvinis Palata. This four-floor building dedicated to wine and Georgian cuisine offers a wide variety of activities to visitors. Listen to stories of the country’s rare grapes, taste different wines and watch how a traditional Georgian bread, tone, is baked in the clay oven. 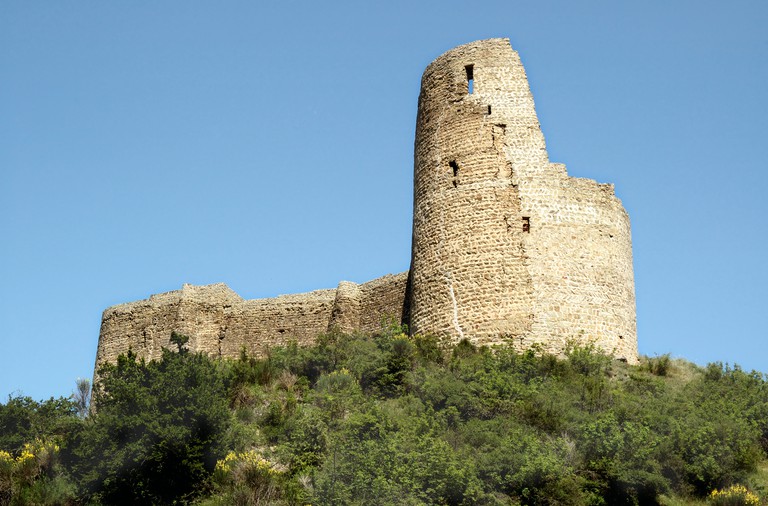 Bebristsikhe is only a seven-minute drive north of Mtskheta. The castle, 1500sqm (16,146sqft) in size, is situated on the hilltop and offers panoramic views of the area. Even though most parts are damaged, this ancient fortress is still a pleasant site to visit. 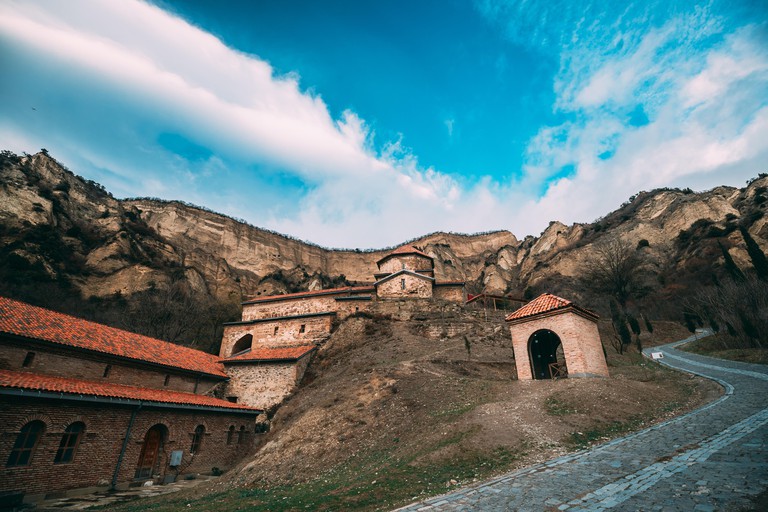 © Ryhor Bruyeu / Alamy Stock Photo
Shiomgvime (Cave of Shio) is a monastery complex within a 25-minute drive from Mtskheta. One of the Assyrian Fathers, Shio, constructed it in the latter half of the sixth century. The scenery of the complex is stunning, as it was built in a limestone canyon.

Explore the citadel of the pagan idol Armazi 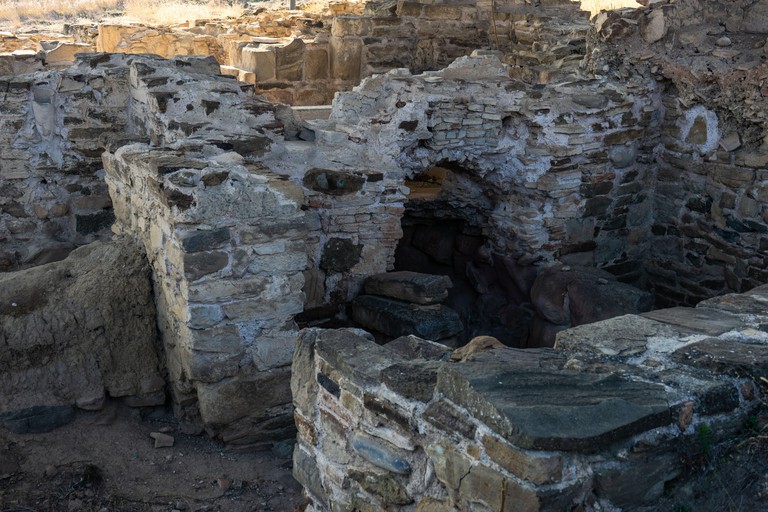 Armazi Tsikhe is a historical monument found a couple of miles from Mtskheta railway station. The name of the castle comes from the pagan idol Armazi, who King Parnavaz declared as the primary god of the country. The trail to get to the site could be hard for an amateur hiker, but the view and the chance to visit ruins dating back to the second century are worth the effort.

Learn more about the founding father of modern Georgia 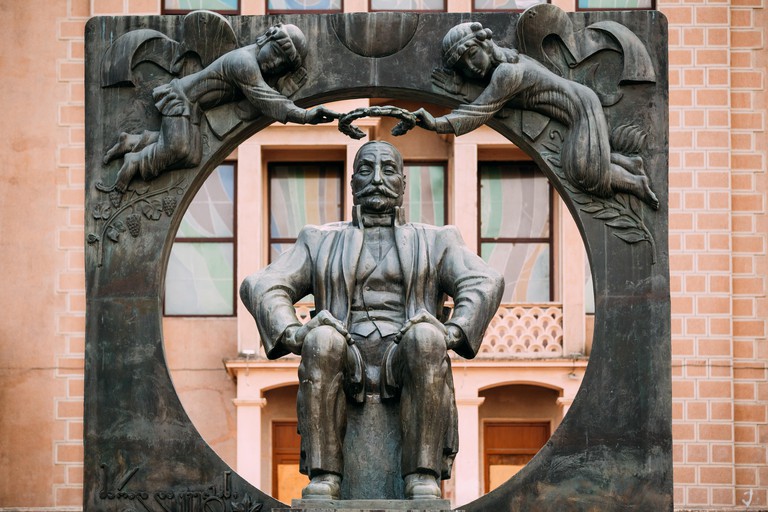 Ilia Chavchavadze was a Georgian writer, lawyer and political figure who initiated the restoration of the Georgian national movement in the 19th century, when Russia ruled the country. His museum complex in Saguramo consists of the residence, family vineyards and auxiliary buildings. Here, you can see his memorabilia, manuscripts, and photos of famous 19th-century public figures. 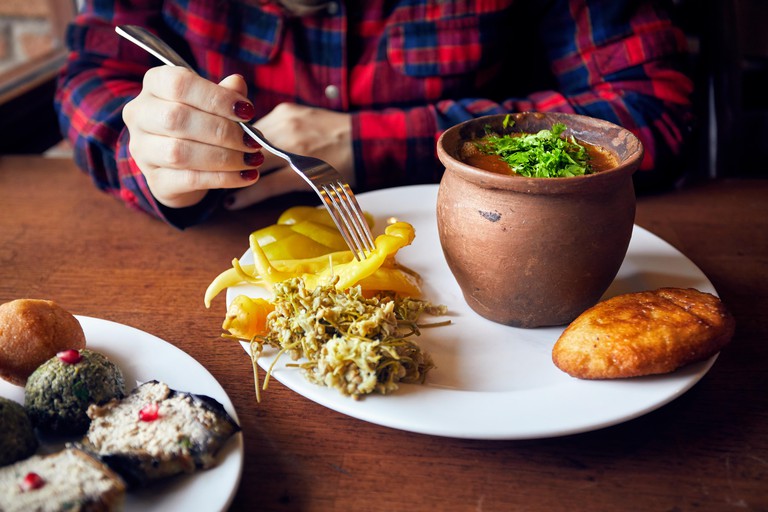 Salobie (House of Lobio) is a must-visit dining place in Mtskheta. The main course of the venue is the black bean stew lobio, served in clay jars. Once you order it, don’t forget to ask for various marinades and a cornbread mchadi with cheese. These staples will go perfectly with your meal.

Ready to make the most of a trip to Mtskheta? Head on to the capital with our guide to things to see and do in Tbilisi, read our list of Georgia’s must-visit attractions and book your stay in the country with Culture Trip.