8 Reasons Why You Should Visit Kutaisi Over Tbilisi 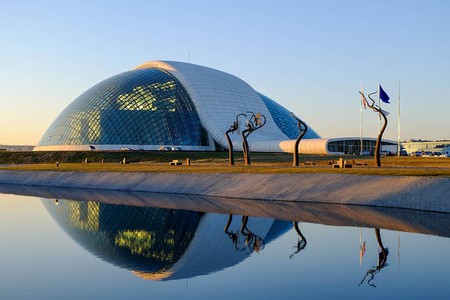 Most of the travellers who come to Georgia start their trip from Tbilisi and move around the country from there. To see most of the country, you might not want to start here. Tbilisi is located in eastern Georgia. Therefore it takes a couple of hours to drive west to see the natural wonders of the country. Thus, if you plan to experience Georgia’s wonders, the best strategic location to start your trip would be Kutaisi. Here are eight reasons why.

A couple of years ago, Wizz Air launched its very first direct flight from Kutaisi International Airport. It has since expanded its destinations, and now flies to and from major European cities like London, Barcelona, Paris, Prague, Warsaw, Munich, Milan and Budapest to name a few.

A former capital of Georgia, Kutaisi is one of the oldest cities in the country. It was a capital of the Kingdom of Colchis, where people used to live as early as the second millennium BC. Moreover, it’s enlisted as one of Europe’s 16 oldest cities, something you might want to add to your wishlist of places to see. 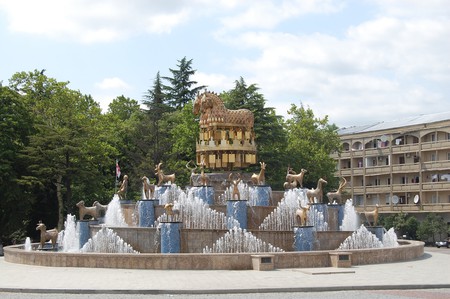 Kutaisi and the surrounding area is full of impressive monuments, such as caves, dinosaur footprints, UNESCO World Heritage Sites, monasteries and a futuristic parliament building to name a few. In fact, there are so many things to see and do in the area, you might wind up staying in Kutaisi longer than expected.

With its central location, Kutaisi is a perfect hub for those who love to visit canyons or natural reserves. From here, you can spend a day or more exploring incredible natural parks without exhausting yourself from hours of driving. Okatse and Martvili Canyons, Katskhi Pillar, and the Vardzia cave town are within a short car drive. 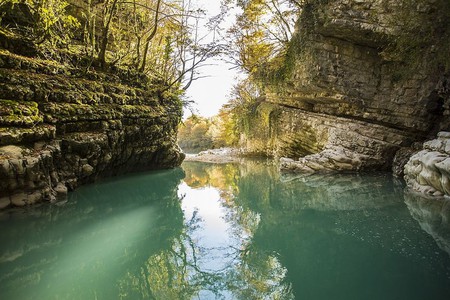 Chiatura, a mining town in the Imereti region, is about one and a half hours from Kutaisi. The city has a very industrial setting and is famous for a Soviet-era tramway that is still in use today. The surrounding area of the town is abandoned and looks post-apocalyptic. Most of the nearby factories were abandoned and stripped after the collapse of the Soviet Union and the Georgian civil war.

A two hour drive will take you to Zugdidi, the central town of the Samegrelo region. Here, you can walk around the city and visit the Dadiani Palace, which holds some of the most important relics of the wold, including objects connected to Emperor Napoleon.

From here, you can hike to one of the most beautiful lakes in Georgia: Tobavarchkhili

The region of Svaneti is one of the most remote areas of Georgia and is home to the village Ushguli, 2,100 meters (6,889 ft) above the sea level. It is still inhabited year round. This makes it the highest settlement in Europe. First, take a four-hour drive to Mestia, the central city of Svaneti. You can rest here for a day and acclimate to the altitude. While you’re here, you can visit the national museum to see some of the most iconic cultural artifacts collected in the region and learn more about the customs and traditions of Svans. Once you’re acclimated, make the rest of the journey to Ushguli. 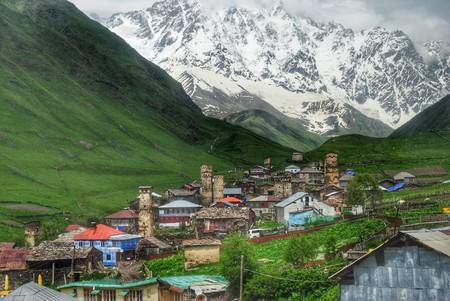 Swimming in the Black Sea

If your trip happens to be in summer, you should save some time for a visit to Batumi. This central city on the coast of the Black Sea is the go-to summer destination for many locals and is only three hours away from Kutaisi. Apart from visiting the city and taking a walk along its 12km (7.4 mile) long boulevard, you can journey outside the city and arrange a day trip to see even more of the Adjara region.