7 Georgian Writers You Can Read In English 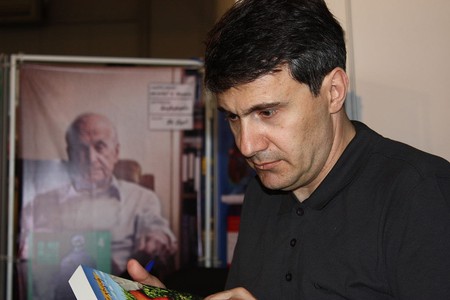 Georgia is where you will find some of the most ancient and vibrant literature in the world. Georgian writers have played an essential role in developing a rich culture full of traditions. Some of the modern writers have been translated into English, so we’ve created a list for you to enjoy. It’s time to get cozy with a glass of chacha and learn about the best Georgian authors that can be read in English.

Born in Tbilisi, Morchiladze now lives and works in London and is the winner of several literary awards for best novel nomination in Georgia. As a contemporary Georgian author of literary fiction, Morchiladze studied Georgian History at Tbilisi State University. For a while he worked as a sports journalist for a daily newspaper and also took part in Europe’s Literature Express in 2000. 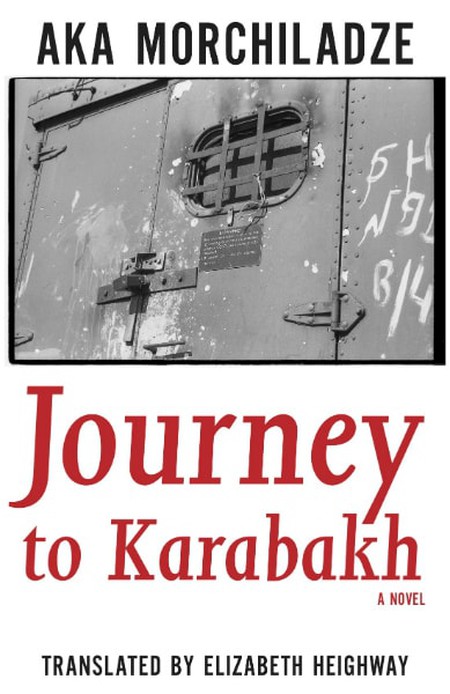 His twenty novels and short stories were published by Sulakauri Publishing House beginning in 1998. His most famous novel, Journey to Karabakh (available in English), was even made into a movie in 2005. The film gained similar popularity among locals as did the book, which resulted in the production of two sequels of the movie. The scripts for the two movies were written by Morchiladze himself. Plays have also been produced based on his work.

Journey to Karabakh is about two Georgian youngsters traveling to Karabakh, a contested region between Azerbaijan and Armenia, to purchase cheap drugs. One of the boys gets captured, first by Azeris and then by Armenians. He spends so much time away from home that he realizes he is no longer in a hurry to return. He wonders if there is even anything waiting for him back home. Georgia had just ended its own civil war, his alcoholic father would weigh him down, and he knew that his family would never accept his girlfriend, who he got pregnant. Over the course of the book, the author touches the subject of finding and defining freedom. 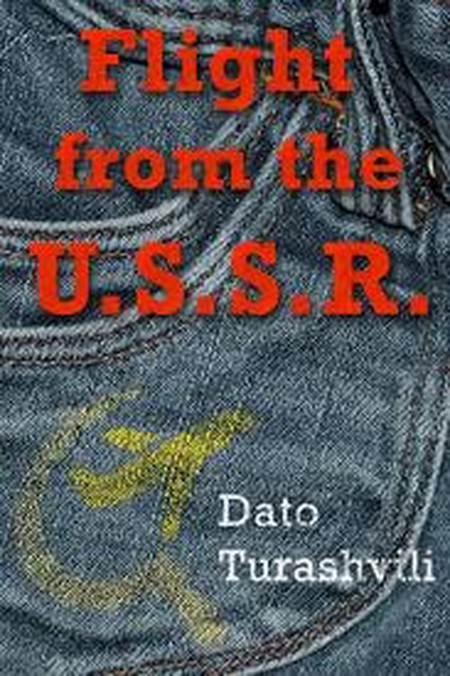 Turashvili is a fiction writer whose first novels, published in 1988, were based on the turmoil of the events taking place during the last years of Soviet Union rule in Georgia. His most famous work is Jeans Generation; translated into English, its title is Flight From USSR. In 2001 it was turned into a play.

Based on the most shocking and scandalous story of the 80s in Soviet Georgia, the Flight from USSR tells the story of seven youngsters hijacking an airplane to escape from Soviet Georgia. This was during a time when even thinking about escaping the Soviet Union was considered a crime. The government condemned most of the youngsters to death for their naive attempt. The author gives the reader a look into the characters’ perspectives, motivations and intentions.

Besides novels, Turashvili has written scripts, plays, and short stories. He has published approximately 16 books in Georgia and has been translated into seven languages in different countries. Moreover, he has authored scientific-research letters concerning history, as well as literary criticism. He has also translated poetic and prosaic texts from Spanish, Turkish, English, and Russian languages. 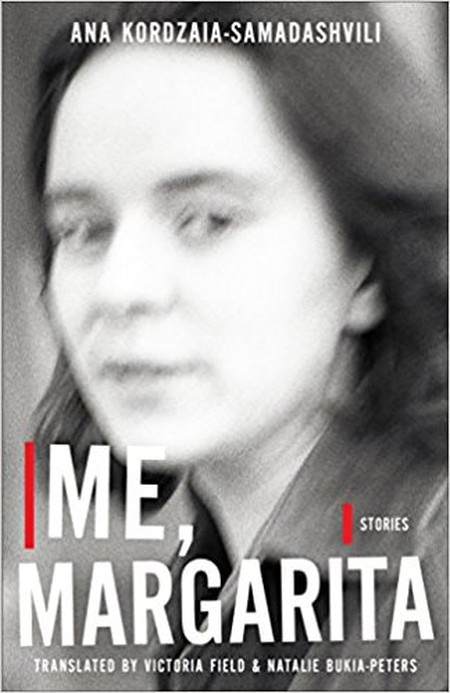 Kordzaia-Samadashvili is a writer and literary journalist who has written some of the best-selling prose of post-Soviet Georgian literature. She is a winner of several Georgian literary awards, and her works have been translated into many languages, including German, English, and Swedish.

Me, Margarita: Stories is a collection of short stories about men and women in the throws of sex, disappointment, love, hate, cynicism, and hope. What’s unique about these stories is that none of them reveal the time or place that they occur. The narrator, a disillusioned woman, doesn’t mitigate words about her life being imperfect. Despite what might seem discouraging, Kordzaia-Samadashvili presents each story with such humor that readers can’t help but feel that there may be hope for us in the end.

Jemal Karchkhadze was the author of six novels, multiple essays and a few short stories. His works were conceptual and most became popular after his death. Winner of three literary awards, Karchkhadze published his short story Igi (He) in 1977, followed by his most important novels, Caravan in 1984, Zabulon in 1988, and Antonio and David in 1987. The latter was translated into English, Swedish and Arabic.

Set in medieval Georgia, the narrator of Antonio and David is an Italian traveler who, together with other European missionaries, visits the country. The novel is a tense drama where the fight to save a person’s soul plays out against a backdrop ridden with strife, authentic history and ethical discourse. 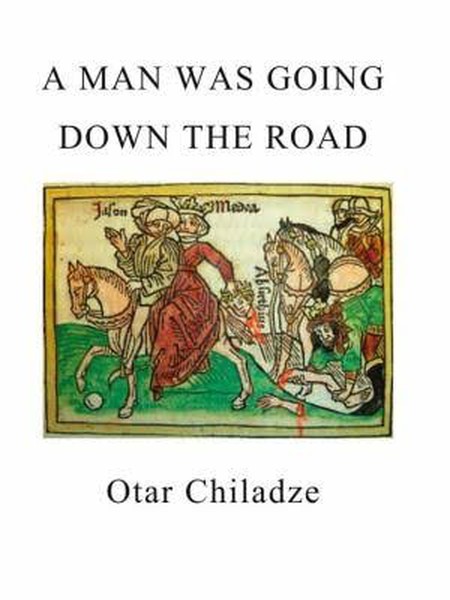 Otar Chiladze played a leading role in the restoration of the Georgian prose in the post-Soviet era. His novels characteristically combine Hellenic and Sumerian mythology with the predicaments of a contemporary Georgian academic.

He became famous for his set of long mysterious novels, such as A Man Was Going Down the Road, Avelum, and Everyone That Findeth Me. Awarded with the Shota Rustaveli State Prize in 1983 and the State Prize of Georgia in 1993, Chiladze was an honored author. He continued to published several anthologies of plays and poems before his death in 2009.

A Man was Going Down the Road is set in Vani, the semi-legendary capital of Colchis. The novel explores the Georgian repercussions of the myth of Jason, the Golden Fleece, and Medea. Chiladze intertwines his own interpretation of Greek history and legend. At the same time, the novel examines the very modern state of the idealist, who unconsciously destroys his family. The mythical Greek invasion of Colchis subtly refers to Russia’s and the Soviet Union’s destruction and conquering of Georgia. 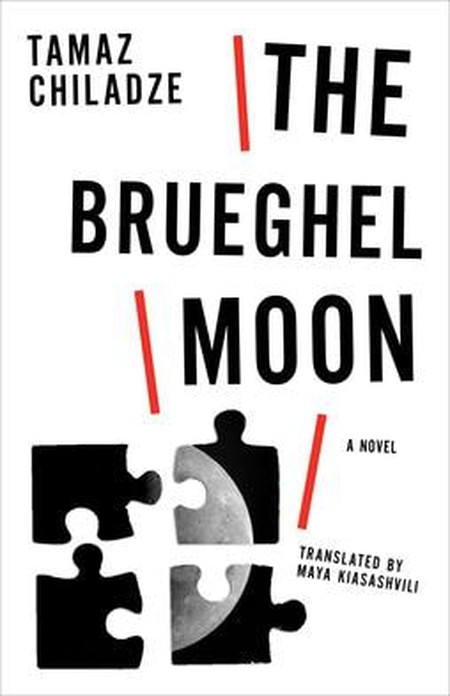 Elder brother of Otar Chiladze, Tamaz is a writer, dramatist, and poet. Born in 1931 in the coastal city of Batumi, he graduated from the Department of Philology at Tbilisi State University. On the same year he graduated, he published his first anthology of poems. The play The Aquarium was staged in the Rustaveli Theatre in 1965, and since then Tamaz Chiladze has been recognized as the author of the collection of Georgian classical dramaturgy.

His novel The Brueghel Moon focuses on moralistic dilemmas that occur as a consequence of too high self-assuredness. The main character is a successful psychotherapist, whose wife has left him. One day she realizes that her matrimony is nothing more than a “reality born out of habit.” For the the psychotherapist, his wife wasn’t his precious love, but just a patient. 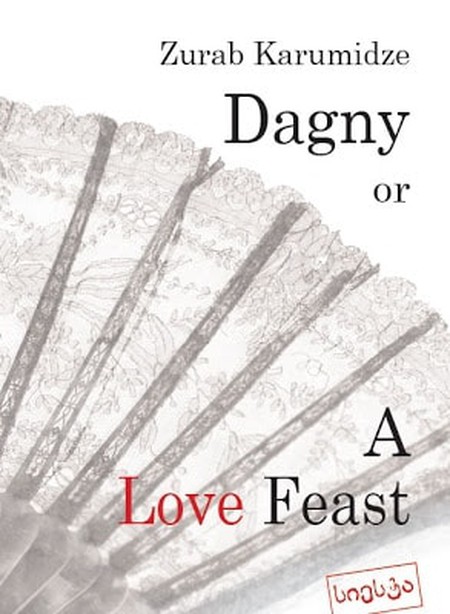 A contemporary writer, researcher, and journalist, Karumidze has published articles on social and political issues in various journals, newspapers, and websites. Two of his short stories, Clockwatch Review and Bloomington, IL, were published in the United States. One of this most famous books about the history of jazz (The Life of Jazz) received a literary award.

Karumidze wrote Dagny or a Love Feast in the English language. The novel tells the story of a Norwegian poetess, Dagny Juel, whose wandering life brings her to a foreign country, where she dies as a victim of violent male fantasies. The novel weaves a story around a phantasmagorical blend of eroticism and religious mysticism.