7 Georgian Documentary Photographers You Should Know 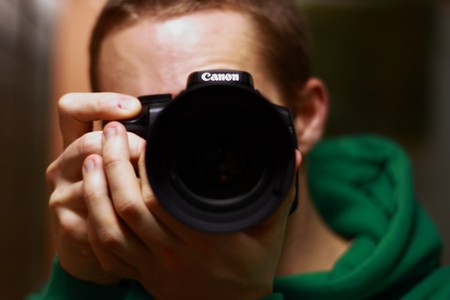 Berlin-based Georgian photographer, he received an Academic Degree in Photo Journalist at Shota Rustvaeli Theater and Film State University in Tbilisi. Meskhi’s works focus on tranquil moments in the lives of Georgian youth. Since 2004, he has been working for several magazines and had exhibitions in Georgia, France, Germany, Austria, Russia, Israel and the U.K.

He also co-directed a documentary movie with Tamuna Karumidze and Salome Machaidze between 2013 and 2015 called When the Earth Seems to be Light, which is based on his photographs.

Known as Dikarka, Oganova is a documentary photographer who works on long-term projects in different former Soviet countries. In 2013 she was selected among the world’s best young photographers to attend a masterclass of Joop Swart at World Press Photo, making her the first Georgian photographer to participate in the event. A year later, she was listed as one of 30 best women photographers under 30.

Her projects, I am Georgia, My Place and Frozen Waves, were exhibited in Italy, Spain, France, the U.S., Germany, Poland, Turkey, Denmark, Sweden, Georgia, Ethiopia, Bangladesh, Cambodia, and Lithuania to name a few. My Place is one of her most famous projects about the new generation of Georgia after the collapse of the Soviet Union.

Nebieridze is another Berlin-based Georgian photographer, who focuses on showcasing Berlin’s underground party scene. Before moving to Germany, his primary center was on Tbilisi depicting his closest friends among the frame of the city.

A graduate of Communications, he moved to Florence, Italy, in 2006, where he started to develop his interest in photography. He took a photojournalism class in 2012 and created his first photo project Four Rooms. After completing the course, he moved back to Tbilisi and now works on independent projects. In 2014, he was selected for Noor-Nikon masterclass in Istanbul and has been collaborating with the Tbilisi Photo Festival since that same year.

His project, Four Rooms, tells the story of nine Georgian women illegally working and living together in one apartment in Florence, Italy.

Grigalashvili is one of the most prominent figures of the new generation of Georgian photographers. Her personal project, Village of the Mice, on which she has been working for more than 20 years, takes the viewers to her homeland village Tagveti. It’s a timeless tale of returning to one’s roots and escaping from the confusion of the modern world.

Sulakauri got interested in photography when she was a child and looked through the book on the war by Robert Capa. After studying photography in Georgia, she went to New York to develop her skills and technique. Today, she is one of the photographers of Error Images, a documentary photo agency that concentrates on social problems in the Caucasus Region. One of her most famous projects was a series of very young brides getting married at the age of 15 or 16.

Gujabidze‘s video and photo series about a transgender woman, Bianka, shows the unbearable truth of the transgender community in Georgia’s moderate society. Her works are devoted to increasing awareness among Georgians that transgender people are regular human beings who have friends, relatives, families and personal lives.