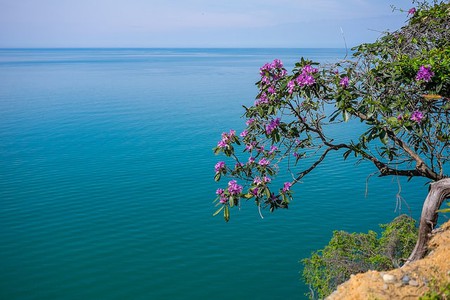 Adjara’s central city Batumi is a summer getaway destination for many locals. The recently renovated town, Batumi offers many landmarks for you to explore in the city, great selection of cafes, bars, and restaurants as well as perfect one-day trips to explore its neighboring towns and villages. The city itself is small, so all the famous sites are within walking distance. And once you plan your trip here, make sure to visit this must-see attraction.

Stroll down the Boulevard

Park
Facebook
Email
Twitter
Pinterest
Copy link
Share
Map View
Walking along the coastline of Batumi is relaxing and full of cultural experiences. The boulevard is probably the oldest attraction of the city; its construction started in 1881 when the Governor assigned Reseller, a German gardener to create a park along the shore of the Old Town.

Nowadays, the length of it reaches to 12 kilometres and is divided into ‘old’ and ‘new’ boulevards. You can see the original park with the new addition of modern benches, sculptures and fountains. During summertime, the avenue is full of beach bars, clubs and cafes. From here, you can also watch a beautiful sunset.

Admire the statue of eternal love

The Boulevard is full of many impressive statues, but the most significant of them all is the statue of Ali and Nino made by a Georgian sculptor Tamara Kvesitadze. The two statues move toward each other, merge and then move away again every 10 minutes.

The inspiration of this iconic landmark is Kurban Said‘s novel of the same name. The book tells a romantic story between Georgian Christian daughter of a nobleman and an Azerbaijani Muslim boy set in Baku in 1918. 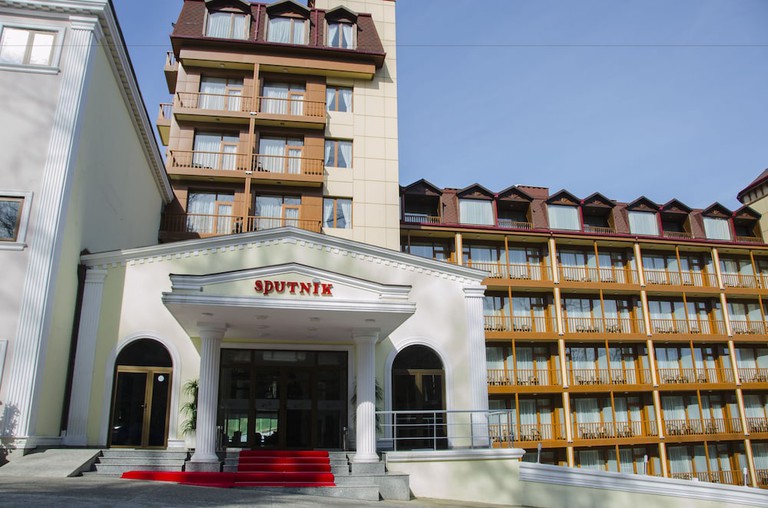 View Rooms
If you come to Batumi in summer and want to run away the hot and humid days, Sputnik is the place to be. Sputnik is a hotel located two kilometres away from the center on Batumi HIll. The name in Russian means ‘Sattelite’ and perfectly describes the location of the venue because of the breathtaking panoramic views of the whole city and the sea. Built around tropical plants and trees, Sputnik is one of the best places to relax and enjoy an evening.
More info

Market, Seafood
Facebook
Email
Twitter
Pinterest
Copy link
Share
Map View
If you love fish and seafood, you need to go to the fish market in Batumi to get the freshest products. You can buy to prepare yourself or ask to have what you buy cooked for you just next door.

To get here from the city center, take a bus number 10 toward Makhinjauri and get off after Revenue Service or ask the driver to help you out. The market is on the left side of the road.

Botanical Garden
Facebook
Email
Twitter
Pinterest
Copy link
Share
Map View
Founded by Russian botanist, the Batumi Botanical Garden opened in 1912. Located in a small town called Mtsvane Kontskhi (‘Green Cape’) just 10 kilometres away from the Batumi, the garden is one of the biggest in the former Soviet Union when it further developed and expanded. You can walk around and admire some beautiful flora and fauna, enjoy the views of the coastline or even watch a beautiful sunset.

Despite its reconstruction in the recent decade, the city preserved the buildings from the 19th century. During this time, Batumi used to be a free port on a Caspian oil route to Europe. When the government decided to renovate the city, those old buildings were also restored to its original glory, giving the city even more beautiful vibe.

Some of the iconic sites of the Europe Square include the astronomical clock and the monument of Medea, a Georgia woman from the Argonauts myth, who, according to the legend, helped Greek hero Jason steal the Golden Fleece from Georgia’s ancient kingdom Colchis.