6 Georgian Fashion Designers You Should Know 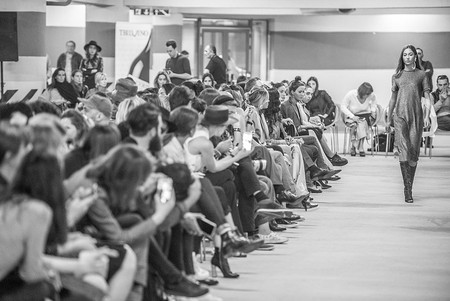 Besides picturesque landscapes, unique language, diverse cuisine and world-famous hospitality, Georgia is starting to attract the attention of fashion lovers and enthusiasts. With annual shows of Tbilisi Fashion Week and Mercedes-Benz Fashion Week held twice a year, Georgian designers are reaching new heights of global popularity. So here’s the list of famous Georgian designers you need to know.

Now a creative director of Balenciaga, Demna Gvasalia graduated from Royal Academy of Fine Arts in Antwerp and moved to Paris afterward. In 2009, he supervised the teams at Maison Martin Margiela, and in 2013 he worked as a senior designer of women’s ready-to-wear clothing line of Louis Vuitton under Marc Jacobs. During this time, he started working on developing the ideas for Vetements, a brand famous for its youthful spirit, innovation and authenticity, where he eventually became a head designer.

Georgia-born and London-based fashion designer David Koma is an artistic director of the Maison Mugler since 2013. Koma, who studied at Central St. Martin’s College of Art and Design, is known for his ultra-body contouring silhouette designs inspired by feminine forms. He consistently presents his collections at London Fashion Week twice a year. In his collections, he reinterpreted the brand’s fashion codes and introduced a mixture of minimalist style with metal details.

George is a self-taught designer born in 1990 in Tbilisi. He founded his eponymous label in 2010 and showcases feminine classiness and masculine elegance in his collections, with overflowing lines and minimal design. His debut collection brought him the award of ‘Best Newcomer’ at Tbilisi Fashion Week, and after two years he gained international recognition through his “Bird Nest” collection by winning the Community’s Choice Muuse x Vogue Talents Young Vision Award. Now focusing on his own label, George’s signature sunglasses are worn by Rihanna and Kortney Kardashian, while a dress from his Spring/Summer 2017 collection was requested by Lady Gaga.

After graduating school in Tbilisi, Bukia was immediately offered a place at Tbilisi State Academy of Arts and graduated from the Fashion Design and Textile faculty. Her first fashion show, called “Mushroom,” held in Tbilisi in 2008, received high praise and she got invited to take part in Kiev Fashion Week of young designers in spring of 2009. Her collection was also presented at Central St. Martins College of Art and Design in 2008 and published in the issue of Oasis, a famous American fashion magazine. Bukia is known for using self-made prints in her collections. And for her Spring 2017 collection she used images of post-Soviet buildings and countryside landscapes in Georgia as prints on pantsuits, dresses and cropped jackets.

i guess i am on the right direction! definitely print is my thing !my collection on the right Ss17 and on the left Balenciaga just now from the catwalk

Founded by sisters Gvantsa and Nina Macharashvili, the MACH & MACH brand is known for its experimental style, producing sequined, sparkly, and eccentric statement pieces. The sisters are set to build a brand for fashionable, strong women who are career driven but also know how to enjoy their lives. The very recent collection for Spring/Summer 2018 features a color palette of violet, dark-blue, red, and black. The pieces were accompanied by round and square bags with round steel handles and the designers’ footwear: boots, open-toe heels, and mule shoes.

After graduating from Istituto Marangoni and Accademia del Lusso, Anouki Areshidze launched her Tbilisi-based brand Anouki in 2013. The main idea of the brand is to be ‘very own’ for each consumer, offering fashionable and modern clothes and accessories. Her style is usually very casual and has recently started to add elegant details to her looks.