ASIA
/
GEORGIA
/
Things to Do

5 Music Festivals You Must Visit in Georgia 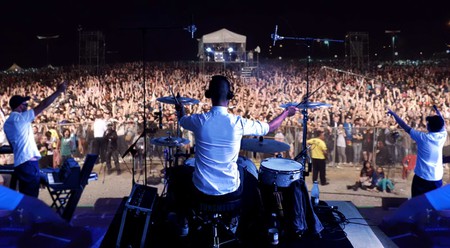 Summertime in Georgia means lots of sun, parties, and music festivals. Even though there are not many music festivals held in Georgia, every weekend there’s a party somewhere in Tbilisi. The best part is that there is such a variety, everyone can find a music festival of their taste. So here’s a list for you to consider when planning a summer trip to Georgia.

Tbilisi Open Air is an annual international festival with an emphasis on rock and electronica. It was first held in 2009 and since then has continued to attract famous artists all over the world, including Air, Placebo, Morcheeba, Adriatique, Akvarium, Beth Hart, Stephan Bodzin, Archive, and Infected Mushrooms. The festival is usually three to four days long and is held somewhere in the great outdoors outside Tbilisi.

The event starts in the late afternoon and continues until morning. There are several stages in the area, each playing a different style of music before the main guest of the day takes over at the main stage. The area is full of food stalls, cafes, bars, and souvenir shops.

You can also camp here, as there’s a particular area designated for tents.

Check out the line up for 2018 here or on their Facebook page.

As the title suggests, the Black Sea’s coastal city of Batumi is home to an international annual jazz festival, traditionally held in July. Founded in 2007, the scope of the festival broadens each year and now includes R&B, disco, hip-hop, sou,l and funk.

Tickets sell out quickly, so be ready to purchase as soon as the organizers announce the lineup.

If you’d like to listen to traditional and contemporary folk songs, watch the national dance ensemble and experience traditional culture, then Art-Gene festival is for you. Held since 2003, the festival traditionally takes place during the summer months at the Ethnography Museum in Tbilisi, located near Kust (Turtle) Lake. Unlike other festivals, Art-Gene lasts at least a week. It has become a place where locals and Tbilisi visitors come to escape hot summer days and enjoy local beverages in nature.

A relatively new addition to Georgia’s music scene, GEM Fest was first held in 2015. The name stands for Georgian Electronic Music Festival, and it is held in the Black Sea coastal town of Anaklia.

The first year of the festival brought in 123 international and Georgian artists, and 10,000 guests during the span of nine days. David August, Luciano, Ellen Allien, Boka Shade, M.A.N.D.Y, Armin Van Buuren, Who Made Who, Dubfire, and Tale of Us were among the artists. Next year, the festival scope will increase in size, bringing Paul Van Dyk, Mano Le Tough, Paul Kalkbrenner, Petre Insporescu, dOP, GusGus, Fedde Le Grand, and Dub FX to the stage.

When the hot summer days are over, Tbilisi will prepare for another international jazz festival. Even though the festival has run continuously since 2000, the start of the new century was not the first time Tbilisi held a similar event. The first jazz festival here was held in 1978 and was called the “All-Soviet Jazz Festival.” It brought in 23 bands from 13 Soviet states and 30,000 audience members. Considered the biggest jazz event held in the USSR, the festival was held twice more in 1986 and again in 1989.

A post shared by TbilisiJazzFestival (@tbilisijazzfestival) on Aug 19, 2017 at 1:59pm PDT