Mountain Villages Not to Miss on Your Trip to Georgia 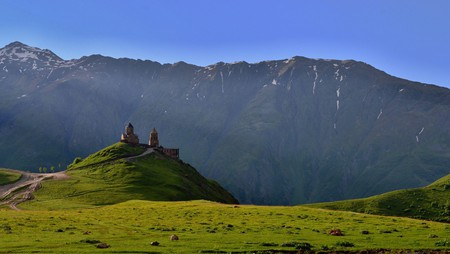 While cities like Tbilisi, Kutaisi and Batumi are primary destinations for any traveller, to feel the true Georgian spirit you should visit some of the country’s smaller and more remote locations. Here’s our list of the most interesting and impressive mountain villages in Georgia you shouldn’t miss on your next trip.

Architectural Landmark, Natural Feature
Facebook
Email
Twitter
Pinterest
Copy link
Share
Stepantsminda is one of Georgia’s most popular mountain destinations. With the postcard-like scenery of Mount Kazbegi and Gergeti Trinity Church at its base, the town attracts many travellers. Moreover, it’s quite close to Tbilisi, so it makes a perfect one-day getaway from the capital. The road that leads to Stepantsminda, the Georgian Military Highway, is also full of beautiful views, while the hike towards the church is spectacular. You can visit as part of Culture Trip’s specially curated small-group Georgia tour, led by our Local Insider.

A highland village in Akhmeta Municipality, Bochorna lies 7,694ft (2,345m) above sea level, placing it among the highest inhabited areas in Europe.

Architectural Landmark, Natural Feature
Facebook
Email
Twitter
Pinterest
Copy link
Share
Khevsureti region is one of the country’s most remote areas. Its largest settlement, Shatili, is located near the border with Chechnya. Once part of the Kingdom of Kakheti, the population of Shatili, together with other parts of the region, was resettled during the Soviet era. Today, the less inhabited village, with its cluster of medieval towers, attracts many mountain trekkers and tourists.

Architectural Landmark
Facebook
Email
Twitter
Pinterest
Copy link
Share
Mutso is so close to Chechnya that you might even see the patrolling guards near the border. What makes the village so interesting are its city ruins, which hang above it on rocky land. The hike up there is quite challenging, but worth every step, rewarding you with gorgeous views of the valley.

Architectural Landmark
Facebook
Email
Twitter
Pinterest
Copy link
Share
Tusheti is another remote area of the country with splendid nature and architecture. Famous for its highly dangerous approach road, that doesn’t stop anyone exploring this charming area. Omalo is its centre and largest village. Unlike Khevsureti, the population here is quite sizeable. Omalo is a great base for touring other villages in the area, but the old fortress which overlooks it is worth visiting too, for its gorgeous views of the region and its surrounding nature.

Architectural Landmark
Facebook
Email
Twitter
Pinterest
Copy link
Share
Located outside of Omalo, Shenako is known for Holy Trinity church, which sits on a hillside overlooking the valley below. Shenako has only a small community, but as with Dartlo, contains several guesthouses for you to stay overnight.

The village of Dartlo is wrapped in the mountains and makes for a fairytale setting, with the Alazani river flowing just below. Dartlo might be a small village, but there are plenty of homestays and a cafe for lunch and a drink with wonderful views of the surrounding area.

Bakhmaro, in the Guria region, is a mountainous resort that lies around 6500ft (1981m) above sea level. Surrounded by pine and fir forests, this spot is renowned for its curative potential.

Racha is one of the most interesting wine regions of Georgia. It might not have the beauty of Tusheti, Khevsureti or Svaneti, but it’s still worth visiting. The climate here is perfect for grapes, making Ambrolauri a great stopover for wine lovers.

A Unesco World Heritage Site, Ushguli is the most remote area of Upper Svaneti. Known for being the highest continually inhabited village in Europe, Ushguli offers breathtaking views of Shkhara – the highest peak in the country – and medieval defence towers that are slowly crumbling. 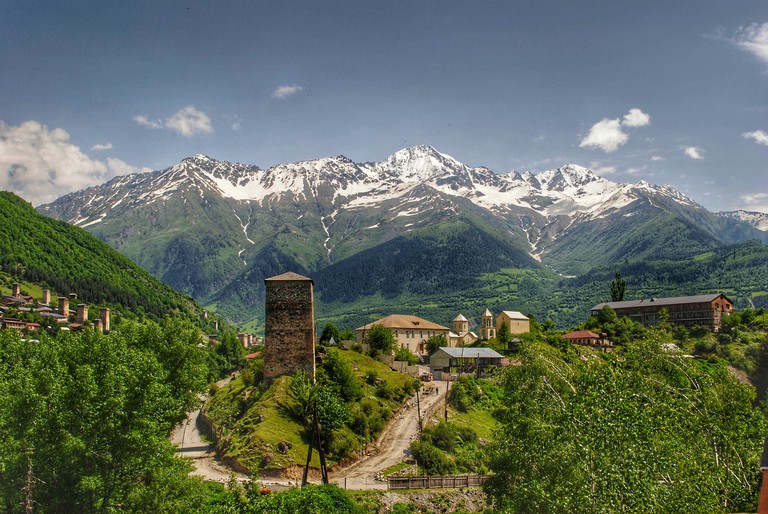 © Baia Dzagnidze
The road that was cut from Zugdidi towards Mestia has changed the area drastically. Once like Ushguli, remote and full of Svan architecture, Mestia is now easily accessible – with more developed infrastructure than other villages in the region. While Mestia once closed during the heavy snow, now, the Hatsvali Ski Resort attracts many local and foreign skiers and snowboarders.

Ready for Georgia’s rural highlights? The country has even more to offer elsewhere. Head for the capital with our recommendations of what to do and see in Tbilisi, have a look at the country’s biggest attractions and book your visit to Georgia with Culture Trip.