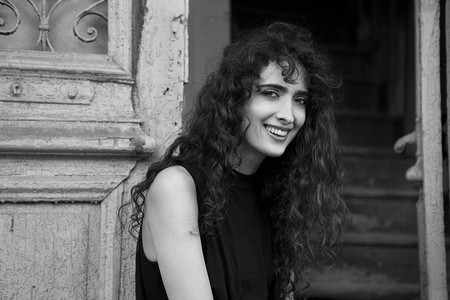 Georgian cinematography started in 1908 and has since produced many movies that received worldwide recognition and even won different international awards at various film festivals. However, the Georgian audience was familiar with cinematography before the industry started to boom, as Lumieres Brothers films were shown in public theaters. At first, Georgian movies were of a documentary nature and showed the social events of the time. Soon they became more dramatic and morphed into a flavor all their own. For those who love cinematography and love finding new movies to watch, here’s a list of famous Georgian film directors you might want to watch.

Amashukeli was a pioneer of Georgian documentary cinematography. He worked as a film director in Georgia and Azerbaijan. He studied in Kutaisi and in 1908, graduated from Moscow before working with the French film company Gomon. One of his most famous documentaries is Journey of Akaki (Akakis Mogzauroba), which portrayed the journey of Akaki Tsereteli, a prominent Georgian poet and liberation movement figure, who traveled to Racha-Lechkhumi in 1902. This movie led to a number of other documentaries filmed in Georgia.

Nikoloz Shengelaia was a Soviet Georgian film director who started producing movies in 1927. One of his most important artistic movies was Eliso, based on a novel by Alexander Kazbegi. His movie Orange Valley (Narinjis Veli) shot in 1937, became one of Joseph Stalin’s favorite movies, which earned Shengelaia a Stalin Prize in 1941.

Chiaureli was another Soviet Georgian film director, an actor, and screenwriter, who produced 25 movies between 1928 and 1974. He was awarded the Stalin Prize five times. Chiaureli’s most important movie was Giorgi Saakadze, a 1942 drama about a significant figure of Georgian history. The movie’s production took place during World War II when every able-bodied man was sent abroad to fight for the Soviet army. Thus, there were not enough people to feature on the battlefield scenes. However, the crew took creative measures and featured women in army clothes in order to create an army of Saakadze.

Mikheil Kalatozov was a Soviet film director of Georgian origin who produced movies for Georgian and Russian cinema. Kalatozov’s movie The Cranes Are Flying was awarded numerous international awards, including Palme d’Or at the 1958 Cannes Film Festival. Another significant movie of his was a silent documentary film called Salt for Svanetia shot in 1930. It’s one of the pioneering ethnographic films of Georgia and illustrates the life of the Svan people in the remote mountain village of Ushguli. The film shows how the Soviet government built a road in order to connect the mountain village to Soviet civilization.

Chkheidze is best known for his Soviet drama films Father of a Soldier and Magdana’s Donkey. Both movies brought him international and local recognition. Magdana’s Donkey is a black and white Socialist-themed drama based on a short story of the same name by Georgian writer Ekaterine Gabashvili. The movie won the Best Fiction Short prize at the 156 Cannes Film Festival. Father of a Soldier, shot in 1964, is a World War II-themed drama that was shown at the fourth Moscow International Film Festival.

Tengiz Abuladze is regarded as one of the best Soviet directors in history. Repentance, shot in 1984 but released three years later, won him the Lenin Prize, the first Nika Award for Best Picture in Russia and a Special Jury Prize at the 1987 Cannes Film Festival.

Eldar Shengelaia directed 10 films between 1957 and 1996. His most loved movie is a tragicomedy called the Blue Mountains, or Unbelievable Story, considered to be one of the best achievements in the Soviet “social fiction” genre. Shot in 1983, the movie follows a young author who wants to get his novel published, but he gets neglected and compartmentalized at every turn. The film was chosen for screening at the 2014 Cannes Film Festival.

In 1966 Iosseliani directed his first feature film Giorgobistve. It was presented at the Critics’ Week at the 1968 Cannes Film Festival and won a FIPRESCI award. He has since directed 19 other films.

Babluani is a scriptwriter, film director, and an actor, who has produced Soviet-era movies. The Sun of the Sleepless, released in 1992, became a cult film in Georgia and won grand prizes at the festivals in Tbilisi and Sochi, as well as a Silver Bear for an outstanding artistic contribution at the 43rd Berlin International Film Festival.

Jorjadze is a film director and actress. Her work Robinsonada or My English Grandfather, released in 1987, was a breakthrough that won her the Caméra d’Or at the 1987 Cannes Film Festival. She moved to France in the 1990s and released many films, including A Chef in Love featuring Pierre Richard. A Chef in Love was also nominated for an Academy Award.

Urushadze, a graduate of the Shota Rustaveli Theatre and Film department at Georgian State University, debuted with Here Comes the Dawn in 1998. He was very successful and participated in many international film festivals. Here Comes the Dawn was Georgia’s submission for Best Foreign Language Film at the 72nd Academy Awards, but alas, it did not receive a nomination.

However, Tangerines, the 2013 Estonian-Georgian co-production, became one of the most successful and worldwide acclaimed films in Georgian Film history. It won several awards at various international festivals and was nominated for Best Foreign Language Film at the 87th Academy Awards. If that wasn’t enough, it was among the five suggested films at the 72nd Golden Globe Awards.

Ekvtimishvili is another female director whose films have earned international recognition for their stunning cinematography. In 2012, she directed her first feature film, Grdzeli Nateli Dgeebi, with the international title, In Bloom, which premiered at the 63rd Berlin International Film Festival and won the International Confederation of Art Cinema award. It also won many awards at other international film festivals.

Her latest movie My Happy Family is a drama about a Georgian 50-something mother, who decides to leave her family and start a new life. At the Sofia International Film Festival, Ekvtimishvili and her co-director Simon Groß were awarded Best Director. The movie is now available for anyone with a Netflix subscription.