Tips if You're Planning a Move to Georgia 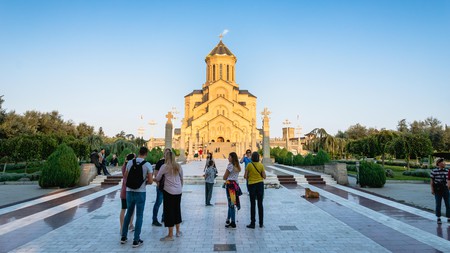 The Holy Trinity Cathedral of Tbilisi, also known as Sameba, is a popular attraction in Georgia | © uskarp / Alamy

Georgia is a welcoming country, both in terms of the hospitality of the locals and the relative ease of applying to become a resident or citizen. Georgia is still an undiscovered country for many, but it has lots of charming countryside dotted with Unesco-listed castles and monasteries, while the capital, Tbilisi, remains traditional but multicultural, with a small but close-knit community of immigrants from the West.

A new law grants foreigners permission to stay for a year

The Georgian government issued an order in 2014 that gives the citizens of 95 countries permission to stay here visa-free for a year, so you have a great excuse to see whether the nation fits your expectations before committing to life in Georgia in the longer term.

Living in Georgia and being on holiday here are different

If you have visited Georgia, it was probably for a holiday or a business trip, during which you felt the immense hospitality of the nation. However, when you become a resident here, don’t expect to be treated like royalty anymore. You’ll get fewer invites from Georgian families and fewer offers to show you around. This is understandable and reasonable, as you are now becoming part of the community, and you need to adapt and start figuring things out for yourself. But don’t think for a second that Georgians will neglect you; they will still help you out and will remain your friend whenever you are in need. 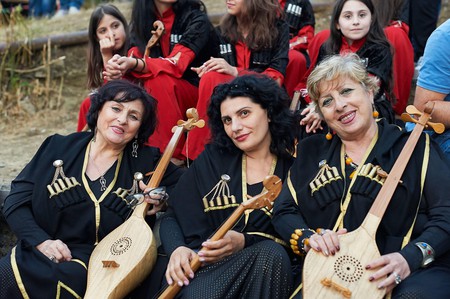 There are other immigrants in Georgia

Even though the western immigrant community is relatively small, it’s a bit like its own village within a country, and community members support each other.

Don’t expect everyone to speak English

Georgia has its own language, written in Georgian script and spoken only by Georgians. It doesn’t resemble any other language in the world. It might seem difficult to learn at first due to its guttural sounds, but it’s not impossible for foreigners to pick it up. We have created lists of phrases and sayings to help you get started; once you have learned some phrases you’ll right fit in. 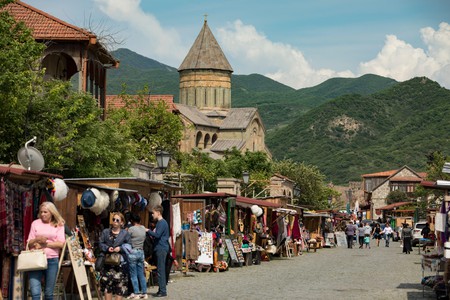 Though Georgia has local shops and bazaars sell fresh produce, the state depends heavily on imports, which means prices can be higher than you were expecting. This is common for grocery items such as coconut oil or milk, organic products, almond milk or flour, Asian spices or pastes and Italian pesto. Clothes can be expensive too, compared with those in other European cities. Even budget-friendly brands have high prices here in relation to the cost of living. 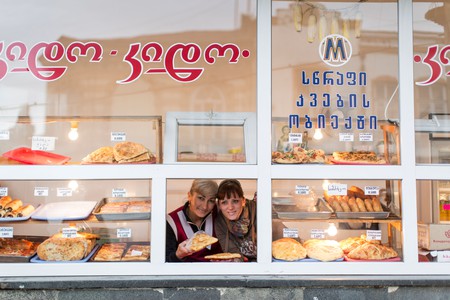 You can ship goods quickly from the US to Georgia

The lack of a wide variety of goods in Georgia has created a demand for obtaining products from other countries, especially the US. Several international companies ship to Georgia from various online shops based in the US, Germany, China and the UK. It takes a week or so to get your products.

Finding an apartment can be tough

When relocating to a new country, the hardest part is often finding an affordable and appealing home, and Georgia is no different.

The price of a rental depends on the location, the condition of the apartment and the size; usually, central areas are more expensive than the districts on the outskirts of a town or city. The more prominent the apartment, the higher the price. Most of the owners quote monthly rates in US dollars and expect you to pay in that currency, but there are a few who will ask for Georgian lari.

Buying an apartment here is quite expensive, and is not recommended unless you are planning on making Georgia your permanent home. 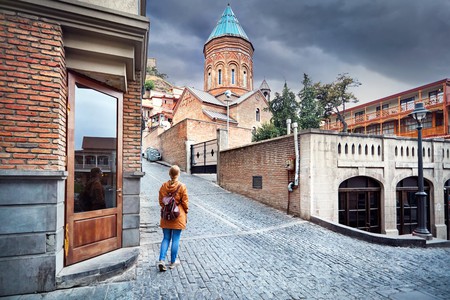 Healthcare is expensive in Georgia and immigrants are not entitled to a subsidised or free service, so purchasing a comprehensive insurance policy is a must. There are plenty of healthcare insurance companies from which to choose, depending on your monthly budget.

The country has relatively smooth immigration laws, especially for those who come from the US, EU, Israel or Switzerland. It allows for dual citizenship and to get it, you’ll need to prove you’re an asset to Georgia, a process that takes up to two months. The requirements for obtaining citizenship may include investing in the country, buying a property, marrying a Georgian, founding a business here or having a long-term job. 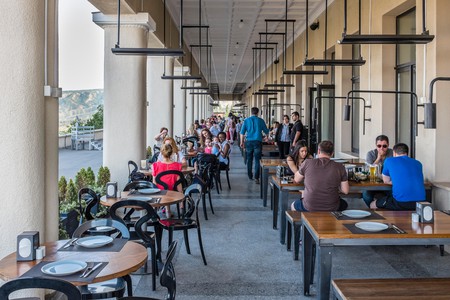 Getting a residence permit

A Georgian residence permit authorises a foreigner to enter and stay in Georgia for the length of the validity of the document, as well as allowing them to invite another foreigner to the country. To get a residence permit you’ll need to apply at the Public Service Hall, either in person or online. The required documents should be in Georgian, but an application completed in English can be approved. Permits are issued for several reasons, including work, study, permanent residence, investment and to reunify a family.

Georgia has one of the quirkiest, but simplest, systems for paying your utility bills. The whole country is full of pay boxes, where you can choose the service you would like to pay for, slide in the cash and finish. Easy! This way, you don’t need to wait in a queue at a post office or bank. You can even buy train tickets at certain pay boxes, if you decide to travel to one of the many beautiful towns in Georgia.