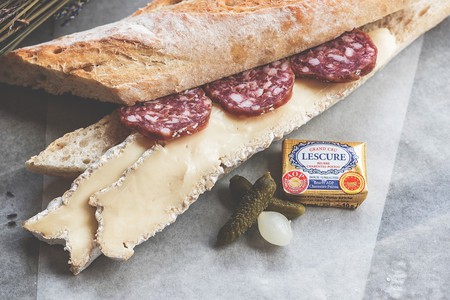 The baguette might not really be French at all | © Pexels / Pixabay

The baguette is as French as it gets – or is it? There are some wonderful legends, stories and anecdotes as to how the baguette came to exist in its current form and become not only the de facto breakfast of many French people but also, a nation’s symbol and reference point.

There are lots of things that make a great baguette

Everyone has their own idea of a good baguette, maybe from a favourite bakery during a holiday or near where they live. The taste can really vary from baker to baker and even among batches. Indeed, when you buy a baguette, they often ask how you would like it cooked, blanche (white) or bien cuite (well done). However, there are some things that should always be the same for a great tasting baguette. According to the annual baguette judging that takes place every year in Paris, the baguette should always be 55-70 cm long, weigh 250-300 g, be made from wheat flour, water, yeast and salt and be sold on the premises where it has been baked. What’s more, it should never be frozen or contain added preservatives. 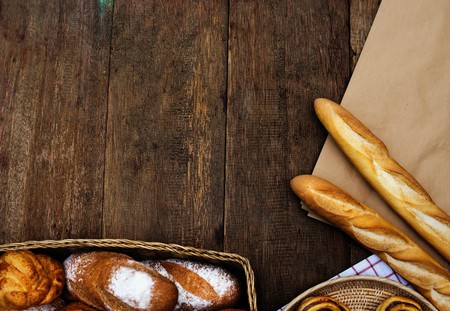 The baguette is not really of French origin | © rawpixel / Unsplash

The word baguette comes from the Latin word for stick, according to the shape of the bread. Before 1920, the baguette was being eaten across France, but it officially became written into law in 1920 to define this particular type of bread as being a baguette with its intrinsic characteristics, which we still recognise today. The baguette is about as French as it gets and has been referenced in every joke, comedy sketch and film as the stereotypically French thing to eat. But no one really knows how it came to be. And there are rumours (shh!) that it might not even be French. 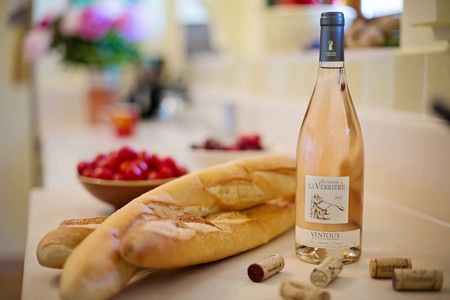 Maybe Napoleon wanted his men to carry bread in their pants?

Napoleon is never far from any French cultural legend and there is a legend that Napoleon ordered a change in the shape of bread to aid his troops; he wanted a loaf that could fit into the slender pockets of his army’s uniform and asked the bakers to change it.

Maybe the baguette arose from fights during the Paris Metro construction in the 1890s?

Another strand of thought tells the story about the construction of the Paris Metro and how it was involved in the invention of the baguette. It was a huge construction project, which involved thousands of workers from different neighbourhoods who were very territorial and used to fight in the dark, long tunnels while they were building the tracks. Knives had to be banned to avoid the violence but how were the men to cut their bread? Bakers invented a lighter bread, which could be torn instead of cut.

Maybe it was so workers could sleep longer?

In 1920, a new law came into being that said workers shouldn’t have to get up before 4 am to go to work, which meant that bakers had to bake bread in a much shorter time frame. The logical conclusion of this legislation is that someone created a loaf that was longer and thinner so that it cooked in less time.

Or maybe the baguette is really Austrian?

There is another school of thought that claims the baguette is really Austrian. The argument goes that traditional French bread was wholemeal, rounder and flatter in nature until an Austrian brought a steam oven to Paris. In the late 1830s, Austrian August Zang set up a bakery in Paris that introduced the French to the Viennese kifpel, a crescent-shaped pastry that the French called a croissant. Incidentally, while this oven process might have radically shifted the French landscape, Zang went on to even greater prestige by becoming a press magnate later on in life. The combination of these new Austrian steam processes for baking and the abundance of new, cheaper white flour led to the baguette being created. The question remains over its nationality; if the baguette was created by an Austrian, using Austrian processes, is it still French, if it was created in France?