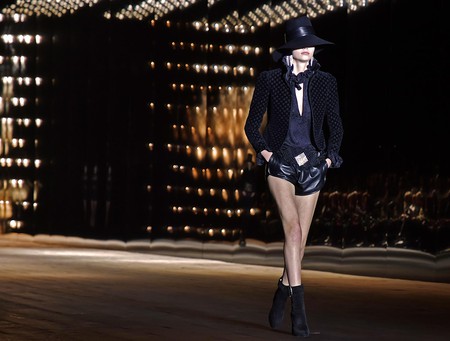 Yves Saint Laurent was the first fashion couturier to present the suit as a form of women’s evening wear in the 1960s. Culture Trip explores what Le Smoking represented for the fashion industry and the women who wore it.

With a history in design at the House of Dior and a strong-willed view that women should feel empowered in what they wore, Algerian-born Yves Saint Laurent launched his namesake couture label in 1961 in Paris. In 1966, his couture collection featured a style that divided fashion critics: a black tailored tuxedo with a satin side stripe, worn with a white ruffled shirt. He called the look ‘Le Smoking’.

Responses were mixed – it was the first time that any couturier had presented trousers as an option for eveningwear, and women wearing it were refused entry by some restaurants the following season. When socialite Nan Kempner was turned away from restaurant Le Côte Basque in New York, she removed her trousers and wore the blazer as a mini dress, single-handedly mocking the establishment’s dated dress code and epitomising the confidence of a modern, Saint Laurent woman. 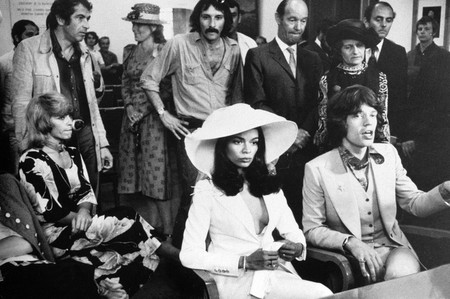 The 1970s proved significant for Le Smoking with actress Bianca Jagger adopting the look, soon making it her signature style and wearing a white tuxedo blazer on her wedding day in 1971. Four years later, fashion photographer Helmut Newton shot the look down a dimly lit cobbled street in Paris on a model holding a cigarette with slicked-back hair and dramatic make-up. The mood of Le Smoking was captured, power dressing was personified and the image was published in Vogue.

Le Smoking marked a shift in attitude towards gender differentiation in fashion – one that the likes of Greta Garbo and Marlene Dietrich had hinted at in the 1930s when they teamed ‘mannish’ tailoring with heels. The tuxedo, however, carried a certain sense of power with it that has remained timeless. Saint Laurent famously said: “For a woman, Le Smoking is an indispensable garment with which she finds herself continually in fashion, because it is about style, not fashion. Fashions come and go, but style is forever.” 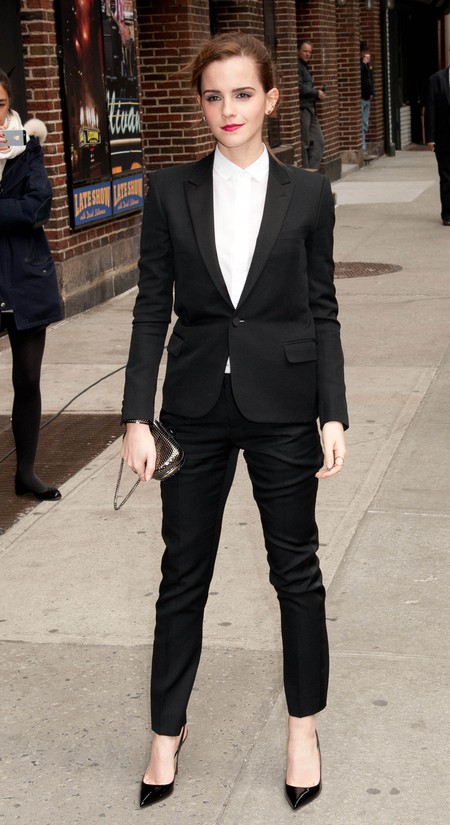 Le Smoking remained a key part of Saint Laurent’s collections until the close of the couture line in 2002. Each iteration was made from the same fabric but took on a slightly different guise in terms of cut and silhouette. The last item that the designer made in his Parisian atelier was an exact replica of the original.

Despite its adoption by other ready-to-wear and high-street labels, the tuxedo has always been associated with Yves Saint Laurent, so when Hedi Slimane was appointed creative director in 2012 and later re-introduced the couture line, Le Smoking was reborn. Saint Laurent progressed the idea of gender fluidity by working on a unisex model, which attracted the likes of women’s rights activists Emma Watson and Angelina Jolie, who both wore the suit to red-carpet events. Now, with Anthony Vaccarello at the helm, the tuxedo blazer still remains a key component for ready-to-wear, styled for autumn/winter 2018 with leather shorts in a less traditional but similarly confident way.