You Can Now Grow Roses In Paris' New Public Urinals 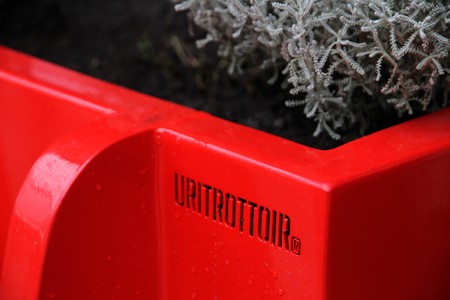 Public urination, an odorous and odious violation of public space, is a serious problem for cities. Not only does it create unpleasant sights and smells for rule-abiding citizens, it degrades infrastructure and costs millions in cleanup operations, which, in turn, introduce pollutants into already fragile urban ecosystems. In its latest attempt at tackling les pipis sauvages, Paris is welcoming eco-friendly urinals topped with fragrant flowerbeds.

The French capital’s fight against public urination has been long and hard. Over 400 free, self-contained, and self-cleaning unisex public toilets called Sanisettes have been installed since 2006 and 1,800 square miles of sidewalk and public squares are scrubbed clean every day by the city’s sanitation workers. 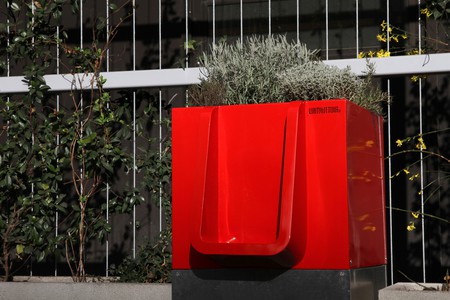 Fines for urination and other offensive acts like littering cigarette butts and failing to clear dog waste are steep and yet the problems persist. City Hall has even proposed an ‘incivility brigade’ of 2,000 officers tasked with enforcing hygiene and other anti-social behavior policies but its impact has yet to be felt.

Nevertheless, help is at hand in the form of the Uritrottoir, the name of which combines the French for ‘urinal’ and ‘pavement’. Created by Faltazi, an industrial design firm based in Nantes, it is a two-level box with a compartment below filled with absorbent, odor-reducing straw, sawdust, or wood chips and one above that incorporates a trough and can be planted with attractive, sweet-smelling flowers. The Uritrottoir design also features graffiti-proof paint. 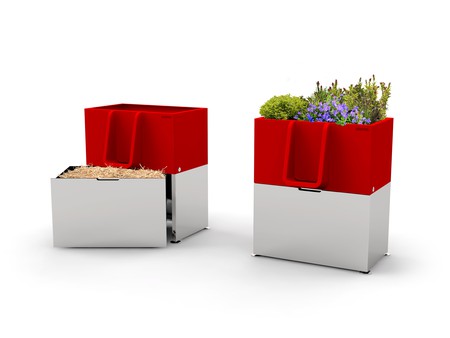 The build-up of urine is monitored remotely and when a toilet reaches capacity – anywhere between 80 to 500 pipis – an attendant is dispatched to collect the saturated organic substrate and transport it to a composting facility. In a year’s time, the material can be used to fertilize the same flowerbeds under which it once lay.

From an ecological point of view, the Uritrottoir’s greatest virtue is that it uses zero water, giving it one-third of the carbon impact of a regular toilet. Additionally, having no need for a hookup to the city’s sewage system, they can be sited with greater ease. 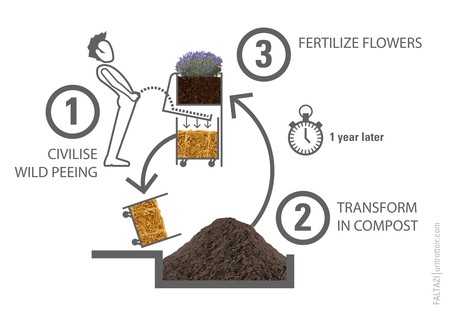 The Parisian rollout is being led by the Gare de Lyon, where two toilets were installed last week at a cost of approximately €6,000. Depending on the success of the trial, more will be placed across the city in the coming months. Nantes will also install three this spring and the company has received inquiries from Cannes, Lausanne, London, and Saarbrücken in Germany.

The next step will be to devise a model that can work for women as well.