Why This Chinese Designer Shows at Paris Fashion Week 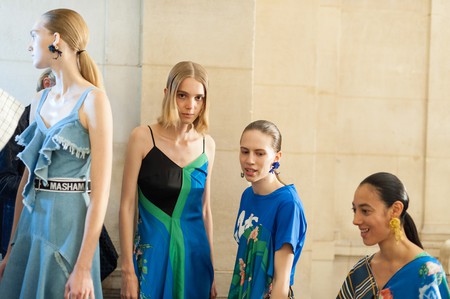 Masha Ma is one of the few Chinese designers featured on the Paris Fashion Week line-up. Renowned for being the hardest city to secure residency at, Ma is proud to represent a new wave of international brands presenting their collections here.

Chinese designer Masha Ma graduated from Central St Martins in 2008 – the same year as prestigious Greek womenswear designer, Mary Katrantzou. It was a time when, in Ma’s words, it was “assumed that you’d launch your own label. Getting a job seemed like a failure in a way.” Now, her namesake brand is a mainstay on the Paris Fashion Week (PFW) schedule and has been worn by celebrity style icons such as model Bella Hadid and reality star Kylie Jenner. 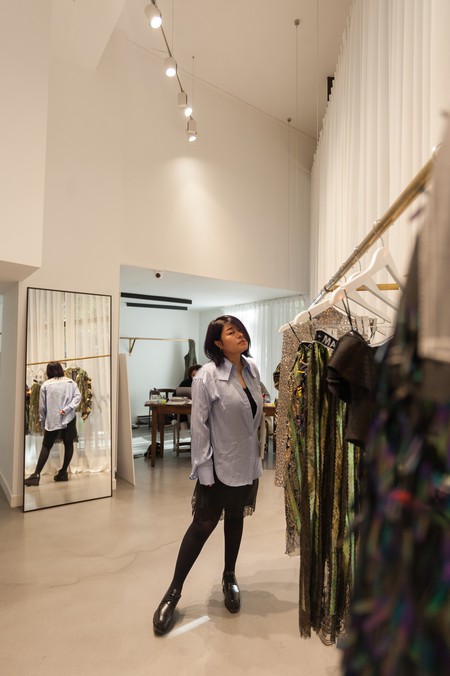 “When I was studying I never thought I’d be able to say that I’m lucky to be a Chinese fashion designer,” says Ma, who draws from her country’s experimental approach to style to influence her designs. “But I was the only one graduating from my course at the time and I got a lot of media coverage off the back of my collection. Vogue China had just launched and I was featured in the New York Times. That meant a lot back then.” 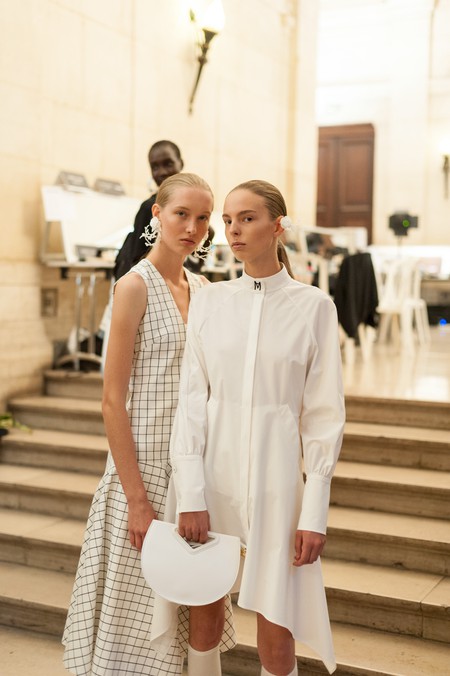 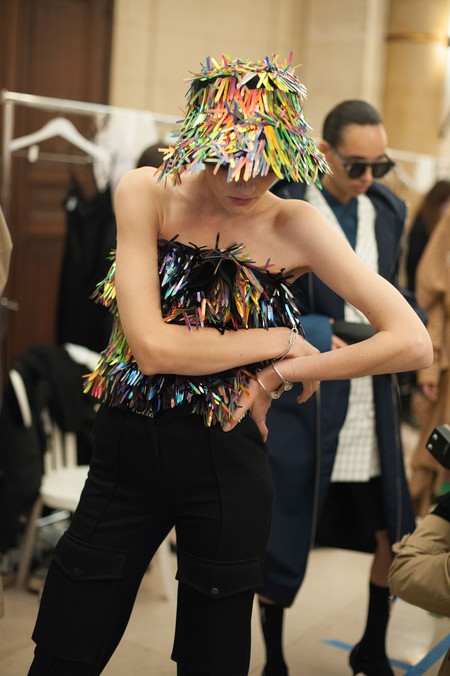 Ma’s goal is to express elements of traditional Chinese design in a modern way, but she avoids literal interpretations. Instead, she adds subtle nods to her heritage through the use of draped silks, textured fabrics and considered graphics. Her signatures include sculptural tailoring, cut to accentuate the waist, twisted, longline sleeves and soft, armour-inspired silhouettes.

One of just a handful of Chinese designers to showcase during PFW, its Ma’s attention to detail and level of skill that earned her the much-sought-after position on the line-up. “I think it’s every designer’s dream to showcase in Paris, isn’t it?” she says. “It’s difficult to get in but once you’re there you stay. The Fédération de la Haute Couture et de la Mode – the organisers behind the event – really have to believe in your work and then you build a relationship with everyone involved until it becomes like a family.” 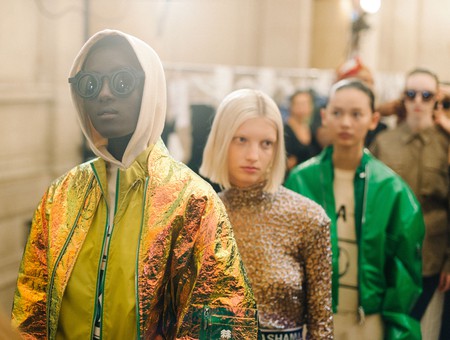 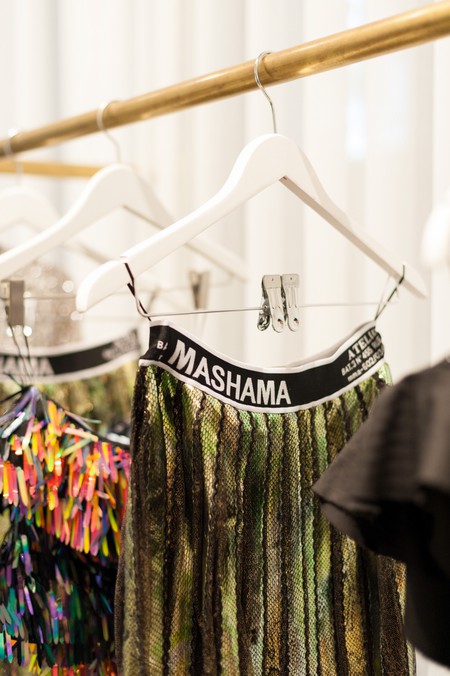 It’s this elitist approach that Ma believes makes PFW so special. “The designers that showcase here come from all over the world and they’re of a standard that’s so inspiring,” she says. “It’s a celebration of design and of art. I think Parisians have a real appreciation for that.”

Clothing aside, it’s the theatrics of the Parisian shows that Ma believes brings a collection to life. “You really have to be at a show to feel the overall impact of a collection,” she says. “You have to listen to the music, see the movement of the clothes and experience the space and the lighting. The show creates an atmosphere that becomes the final stage of the design process. On a hanger, a piece of clothing is wasted. It needs life.” 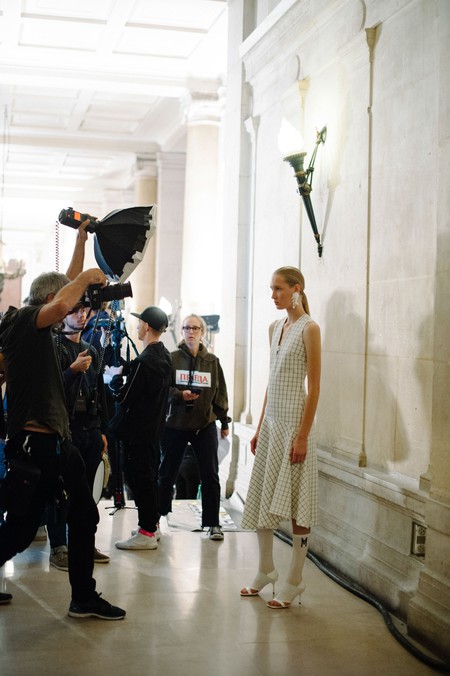 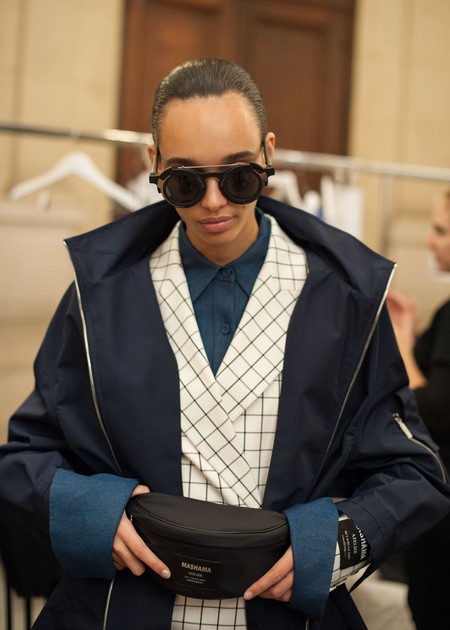 For spring/summer 2019, Ma chose the Paris-Sud University School of Medicine to host her runway presentation. It reflects the overall theme of the collection – one inspired by strong women, namely the daughter of the Greek god of medicine, Aceso, and Natalie Portman’s character in 2018 Oscar-nominated film Annihilation. She relates Portman’s character’s fearlessness and curiosity to the women of China today. “It’s the reason that I want to design clothing – to offer a temporary moment of escape,” she says.

This celebration of strong women and the consideration behind the runway show are what makes Ma’s collections such an influential addition to the PFW calendar and with a spring/summer 2019 collection so intent upon offering a sense of freedom for her customer, Ma continues to raise the bar for Chinese designers looking to break the industry. 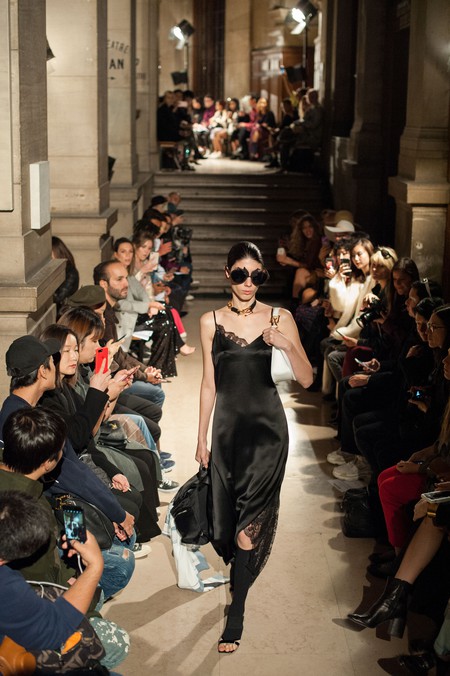 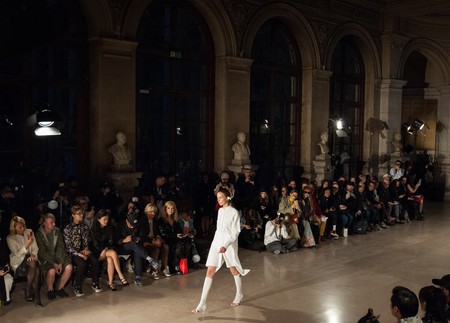 You may also like: Backstage With Brøgger at Copenhagen Fashion Week