Why is a Cycling Lane Causing So Much Controversy in Paris? 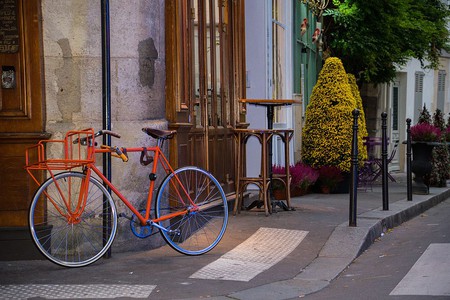 The ongoing row between Mayor Anne Hidalgo and Police Commissioner Michel Delpeuch has already been dubbed ‘the battle of the bikes’ in the French press. It concerns the creation of a cycle lane on the Rue de Rivoli, a plan which one sees as the centerpiece of a greener, healthier city and the other as a risk to public safety.

‘2017 will be the year of the bicycle,’ Hidalgo boldly stated back in January. ‘Climate is the number one priority. Less cars means less pollution.’

The mayor certainly has made strides towards her emission goals in the past eight months, transforming a highway into a park and trialing driverless electric shuttle buses and flying water taxis among other things. But her plan to double the length of cycle routes in the French capital to 870 miles by 2020 has now hit a major roadblock. 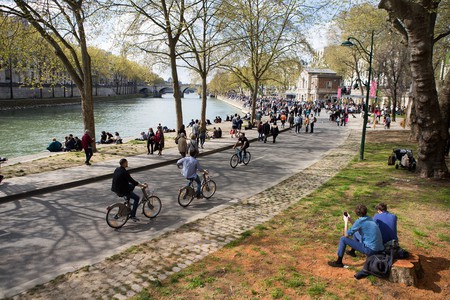 At the heart of this proposal was the creation of a 2.5-mile bike lane connecting the Place de la Bastille with the Place de la Concorde, passing by the Marais (a neighborhood which is set for extensive pedestrianization), Hidalgo’s office at the Mairie de Paris, the Palais-Royal, and the Louvre, where cars will be banned from entering the Place du Carrousel between the world’s most visited museum and the Jardin des Tuileries.

The proposed two-way route was unanimously approved by city councilors back in 2015 and work was due to commence on it this month. Set for completion in 2020, it will, if finished, open up the city center to cyclists who currently have to fight it out for space on the roads with less-than-considerate drivers.

From the police department’s point of view, however, the new lane would actually endanger Parisians. Losing a lane of traffic from one of the city’s busiest roads, Delpeuch says, would lead to even more congested traffic flow and increase the likelihood of emergency vehicles being blocked during code blue situations. 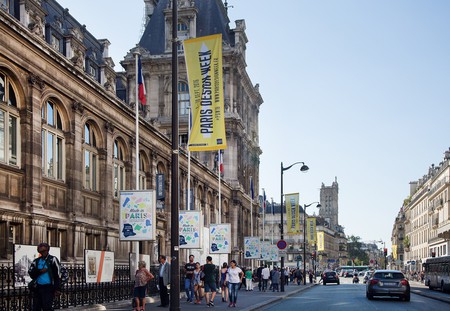 Though it might be hard for anti-car campaigners to swallow, Delpeuch’s concerns aren’t totally unfounded, especially considering that no phasing out period has been planned. This would normally give experts the time to study the effects of the proposed changes and drivers the chance to work out new routes across the city.

Delpeuch took the story to Le Monde after weeks of fruitless private correspondence with Hidalgo. The public airing of their dispute couldn’t have come at a worse time for the mayor, with the planned works just days away and Parisians returning from their August vacations this weekend, already disgruntled at the prospect of Monday morning’s commute. It’s unclear whether the commissioner has the power to block the project but his intervention is a political headache in itself.

Nevertheless, if you look at the current controversy in its broader context, it’s unlikely that anything will stand in the way of Hidalgo and her bike lane. While they no longer belong to the same political party (Macron defected from the Parti Socialiste in order to form En Marche! last April) the French president and Paris mayor could not be more aligned when it comes to climate change policies and their vision for an innovative, forward-looking France. 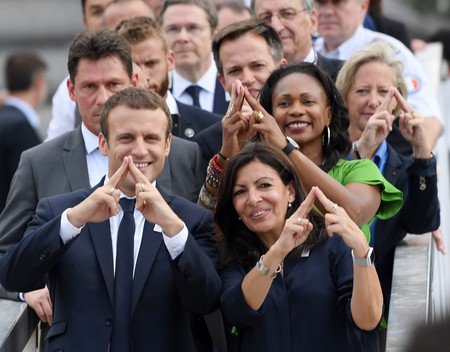 In December last year, Hidalgo promised to remove diesel vehicles from Paris’ roads by 2025; in July, the Ecology Minister Nicolas Hulot announced on Macron’s behalf that the government would be banning the sale of petrol and diesel cars by 2040. This was big news but promoting bike use in our cities is potentially an even bigger deal.

Electric cars and bicycles both bring reductions in emissions and early deaths from air pollution but only the latter carries the additional health benefits of increased activity, such as a drop in the incidence of cancer by 45%, heart disease by 46%, and death by any cause by 41%. 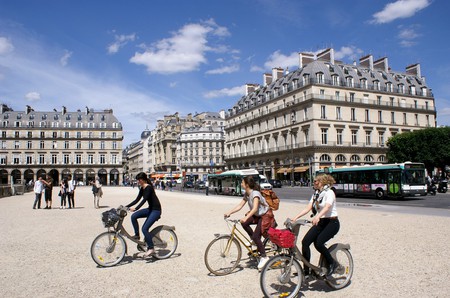 There are also economic upsides to a city that cycles. One Dutch study found that a kilometer cycled equaled a net gain for society of 23 cents compared to a 16-cent loss when the same distance was driven. It’s also been found that people who bike, walk, and ride public transport visit retailers more frequently and spend more time in store than those who drive, boosting profits for local businesses.