What to Buy in a Pharmacy in Paris 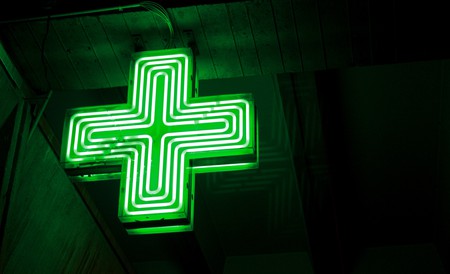 Getting sick on holiday is a bummer. Standing bemused in the middle of a foreign pharmacy, unsure what to buy or even of what the hell is going on, can make you feel like the world is caving in around you. To ensure that a sore head doesn’t quickly develop into a full-on mental and physical breakdown when you’re in Paris, we’ve concocted an essential user’s guide to French pharmacies.

The first point of reassurance to note is that you won’t struggle to find a pharmacy wherever you’re staying in Paris. Those distinctive green crosses, the ones that tell you the time and temperature and occasionally induce nausea with their incessant strobing, are everywhere. To be exact, there are 993 pharmacies in the capital, which works out at approximately one per 2,200 inhabitants. 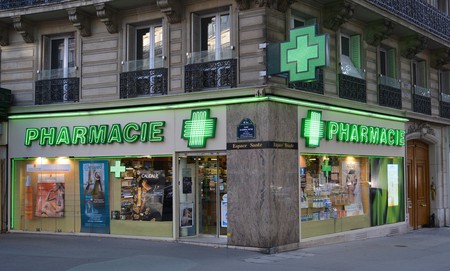 Unlike in the United States or Britain where chains like Duane Reade and Boot’s dominate the market, the vast majority of pharmacies in Paris (and France) are independently owned. In fact, acquiring a license to operate one creates insane competition in some parts of the country and even protracted legal battles between rival pharmacists. The only ‘chain’ is Paris Pharma but this actually operates as franchises.

While you can expect to get by relatively easily in most pharmacies with little or no French, both because of similar product names and helpful, well-trained staff, there are several English-speaking stores, including the Anglo American Pharmacy, the British & American Pharmacy, the International Pharmacy of Paris, and the Pharmacie Anglaise.

How to navigate Parisian pharmacies

The first thing to establish once you’ve identified your local flashing green cross is whether it’s above a pharmacie or a parapharmacie. The basic distinction is that the former provides medication, both with and without a prescription, as well as other products like homeopathy and cosmetics. In a parapharmacie, however, you won’t be able to find even the most pedestrian of drugs. Instead, they stock things like vitamins, hair care products, beauty treatments, and first aid kits.

In the proper pharmacy, if you will, you will sometimes find medication, for example, a mild painkiller like Efferalgan, on the shelves but the vast majority are kept behind the counter. To be clear, this applies even to products for which you don’t need a prescription. 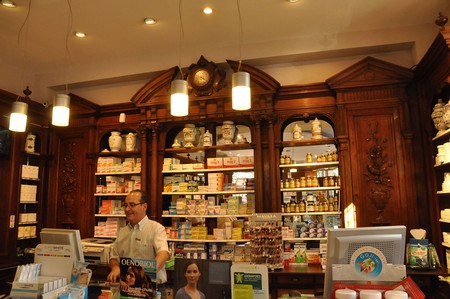 Don’t be afraid to approach the counter. French pharmacists are among the best in the world and even their assistants are exceptionally well educated, more than capable of diagnosing a problem and giving good advice on directions for use and alternative solutions.

The majority of people working in pharmacies will also have some level of English as it’s incorporated into their university education and professional training. That being said, French people tend to underestimate their English (a symptom of harsh high school experiences) and so may be reluctant to speak it. To bridge the gap, brush up on some basic French for describing ailments and asking for help.

When it comes to paying, you may be asked for a Carte Vitale. This is the card that ensures residents of France are reimbursed for at least part of their medical expenses. If you have a prescription from a doctor and your insurance provider will cover the cost of your purchase, ask for a feuille de soins as proof. 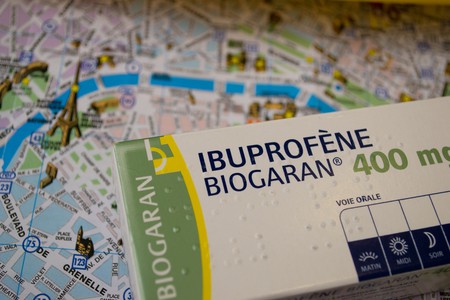