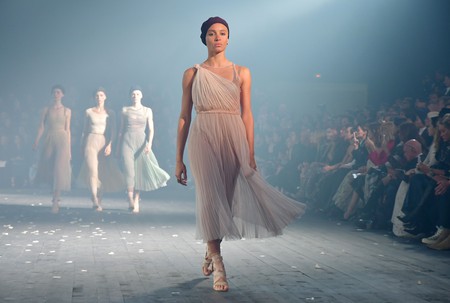 With a history rooted in haute couture and a reputation for hosting the world’s most influential designers, experts and guests of the event explain why Paris is the favourite fashion week city.

“Paris’s haute couture history makes it the epicentre of fashion,” says journalist and former Business of Fashion reporter Osman Ahmed. “As a city, it takes the art form very seriously.”

And in Paris, fashion is very much seen as an art form with deep roots in craftsmanship and creative flair. The final leg of the big four (New York, London, Milan, Paris), Paris Fashion Week (PFW) has traditionally provided the most drama with brands clamouring for attention by creating ever more spectacular showcases.

It was the first of the four industry ‘capitals’ to launch events specifically for the press. In 1973, it officially adopted the name ‘fashion week’, and twice a year guests began to flit between the French capital and New York to preview new-season collections. Today, it hosts Haute Couture Fashion Week (HCFW) in January and July each year, as well as Ready-to-Wear Fashion Week in March and September/October.

“I think that haute couture and its heritage definitely informs PFW today,” says Ahmed. “A lot of the larger houses that present here are couture houses and they date back to the early or mid-20th century. Dior, Givenchy, Balenciaga… many still show during Haute Couture Fashion Week, as well as producing ready-to-wear collections for PFW in March and September.” 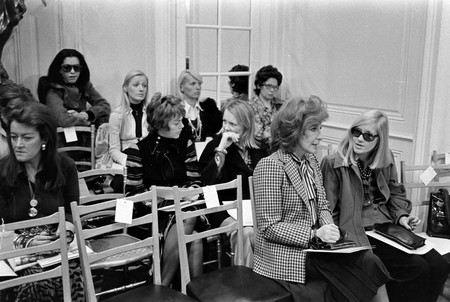 Photographer Chris Moore was in the front row at the inaugural event from the beginning and was one of a handful of photographers invited to capture the models on the catwalk. In a previous interview he told Culture Trip about fashion week’s prosaic beginnings. “The first collection that I photographed was Yves Saint Laurent. I used to wait until the end when I was allowed to photograph a select few looks and I had to pay the model a fee. Now it’s much more theatrical than that.”

Dior’s spring/summer 2019 presentation proved a case in point. The runway was filled with a troop of contemporary dancers and models, all of whom were showered with petals that fell from the ceiling throughout. Chanel transformed its runway into a beach, complete with real waves and soft white sand to complement creative director Karl Lagerfeld’s resort-inspired vision, and Isabel Marant presented her 1980s disco-themed collection in a similarly styled venue, which set the scene for a launch party that she threw in collaboration with L’Oreal Paris.

“Brands really go for it here,” says former Harper’s Bazaar UK editor Anna Vitiello. “Even if they’ve already shown in another city they often still host an event or a presentation in Paris because they know it’s the place where everyone from the industry will be.” 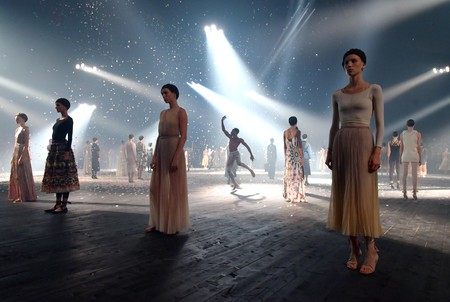 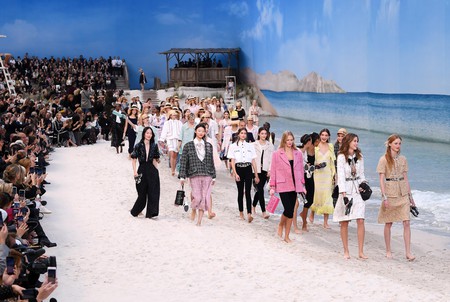 But getting onto the PFW runway line-up is hard. International labels that have earned themselves a spot must continually come up with bigger and better ideas to stand out. In September 2018, Italian label Gucci joined the line-up for a one-season-only debut, but the runway took place a day ahead of the first shows so as not to disrupt the strict schedule.

For less-established labels, hosting a showroom and holding appointments with buyers and members of the press is an effective way of establishing a presence. Ukrainian label Sleeper is one such brand and its founders Asya Varetsa and Kate Zubarieva aim to take advantage of the opportunity. “It’s hard to imagine such strong opportunities for brands anywhere other than in Paris, especially during fashion week,” says Varesta. “Showrooms provide consultancy and support for young and emerging designers that we wouldn’t get elsewhere.”

So despite its elitist rules and impossibly high standards, PFW is opening doors for lesser-known brands willing to think outside the box. “PFW has moved on a lot since its early days,” says Ahmed. “The brands and the guest list have become far more diverse. That said, design and skill are still taken very seriously here. Even the architecture and café culture is rooted in heritage. It’s a city that values craft, and that’s something that still permeates the air and dictates fashion week today.”