Named after a low-grade book about sexual deviation, The Velvet Underground stormed the pop culture era of the 1960s with their experimental sound, hypnotic one-chord melodies, and incredible avant-garde energy. Fifty years after releasing their first album, The Velvet Underground still makes a paralyzing impact on its listeners and is one of the “100 Greatest Artists Of All Time,” according to Rolling Stone. 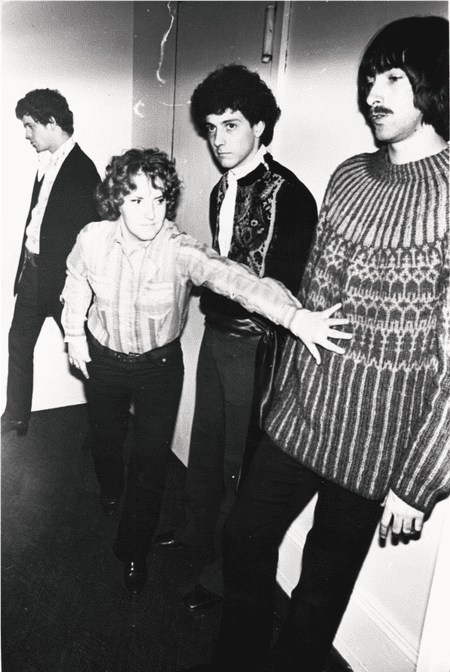 Many may associate the Velvets with Andy Warhol and his iconic banana album cover for The Velvet Underground and Nico, but there is much more to know about this incredible band. Lou Reed, the main figure of the band and the uncontrollable lead guitarist, established The Velvet Underground in 1964 together with John Cale, a classical music student who shared Reed’s interest in experimental music; Sterling Morrison, the guitarist in charge of neutralizing Reed’s neurotic drug-driven guitar riffs; and Maureen Tucker, a minimalist drummer known for playing her drums standing up so she could play the bass drum more easily. Together, the members created an extraordinarily decadent sound full of the acoustic feedback so unique to the band’s pieces.

The Velvet Underground’s music was unquestionably far ahead of its time. With provocative, graphic lyrics that addressed controversial topics such as drugs and sex (the two most important driving forces of the 60s), the band’s lyrics were often described as nihilistic or weird. Even though they enjoyed little success in their generation, they are now considered one of the most influential rock bands of the era. The Velvets might be weird, but they also have an incredible talent of getting inside your head, with Lou Reed’s stone-cold emotionless voice, pulsing electric sound and an omnipresent mysterious aura that makes the Velvets so unique and controversial.

One of the things that makes the Velvets’ music so unusual is Reed’s raw descriptive lyrical style. The way he approaches matters such as drugs and sexuality is remarkably exposed, genuine and realistic. Inspired by authors like William S. Burroughs, Reed uncovers the experience of a drug addict in an incredibly explicit and honest style in one of the most famous Velvet Underground songs, ‘Heroin.’ The surreal ‘Venus in Furs’ takes the listener into the land of sadomasochism. And even such dreamy and gentle songs like ‘Sunday Morning’ describe paranoia taking over the mind. 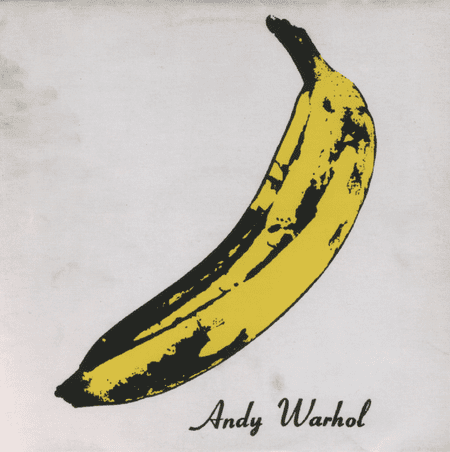 There is no doubt that the collaboration between The Velvet Underground and Andy Warhol was crucial for the band’s fame at that time. Warhol’s pop art banana design made the Velvets’ album cover probably the most memorable album cover of the year. Despite lacking experience in managing a rock band, Warhol became the Velvet’s manager, and the band became a part of Andy’s futuristic multimedia show, the Exploding Plastic Inevitable – a mix of music, visual projections, and dance. The Exploding Plastic Inevitable, featuring Velvet Underground music, has been reincarnated (or at least, a piece of it) at the Andy Warhol exhibition at the Musée D’Art Moderne in Paris.

Warhol was also the one who introduced Nico to the band and made her part of their first album. Born Christa Päffgen, Nico was a German actress and model and a member of Andy Warhol’s clique of personalities, often present at Warhol’s parties at his studio, The Factory. Nico was brought to work on the debut album at Warhol’s request, to add a little more charm to the band, in spite of English not being her mother tongue and no previous experience performing in this language. She rejoined Lou Reed and John Cale in 1972 for a legendary show in Paris’ Le Bataclan, which was later released as a live album, Le Bataclan ’72.

Despite the conflicts between Lou Reed and John Cale (rising from Reed’s frustration about the lack of the Velvets’ progress and success), the two were brought together again by a heartbreaking event. Following the death of Andy Warhol, the two founding members of The Velvet Underground got together and created a tribute album called Songs for Drella – Drella used to be Warhol’s nickname, combining the words ‘Dracula’ and ‘Cinderella.’ The 90s were a decade of reunions for the Velvets. The band returned to Paris in 1993 and performed in L’Olympia concert hall after the original members reunited for their last European tour, this time without Nico, who passed away shortly after Andy Warhol. 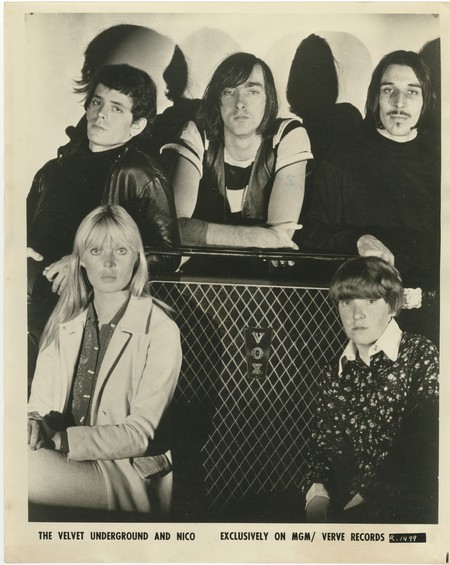 To celebrate the 50th anniversary release of the Velvet’s remarkable debut album, The Velvet Underground and Nico, the Philharmonie de Paris is hosting an exhibition to remember not only the Velvets but also the era which made the creation of the band possible and shaped the evolution of their music. The exhibition runs from March 30th to August 21st, 2016, with a special opening concert by John Cales, re-making the debut album with secret guests on April 3, 2016.