The Crown actress Vanessa Kirby, who joins Mission: Impossible – Fallout as weapons broker White Widow, talks to Culture Trip about the new film, working with Tom Cruise, and the portrayal of women in the franchise.

Vanessa Kirby has revealed that she was worried about her kissing scene with Mission: Impossible – Fallout co-star Tom Cruise.

Cruise has previously said that he loved shooting the scene where his character Ethan Hunt shares a passionate kiss with White Widow by the riverbank in Paris, as she really took control of the situation.

But Kirby claims she was concerned that she was “too aggressive” during the scene.

“I just didn’t think that character would kiss anybody without having some sort of intention behind it. The intention was always to unsettle him and to be part of this game he’s playing,” she says. 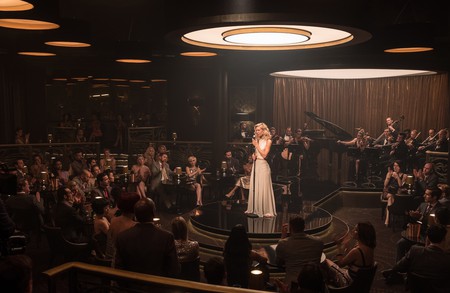 “He’s [Hunt] pretending to be somebody else. She senses that and she’s not really going to let him get away with it, so it was fun. The first few kisses I really went for it, was quite worried it was too aggressive but in the end it made sense, really, that it wasn’t too sensual.”

Photos of the pair shooting the scene sparked rumours that they were dating in real life.

But Kirby, who plays Princess Margaret in The Crown, has been with boyfriend and fellow actor Callum Turner since they met on the set of the film Queen & Country in 2014.

The actress recalls watching the first Mission: Impossible film as a child and being impressed by how women were portrayed, particularly the characters Max (Vanessa Redgrave), an arms dealer who is White Widow’s mother, and Sarah Davies (Kristin Scott Thomas), a member of the IMF team. 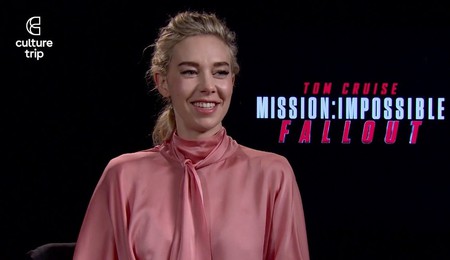 “I think it’s true for this too in a way. Angela Bassett is an absolute boss. So is Rebecca (Ferguson). My character is the boss of this family crime network where that might traditionally be a man so it was cool to subvert that.”

Directed by Christopher McQuarrie, Mission: Impossible – Fallout follows Cruise’s Hunt and his IMF team as they race against time after a mission goes wrong.

Watch the rest of our video interview with Kirby to find out how she got the role, what presents Cruise gave the cast and what it was like working with him.

Mission: Impossible – Fallout is on general release on 25 July.