It has been a catastrophic year for French bees. Honey harvests in some regions particularly hard hit by the year’s peculiar weather (heavy winter rainfalls and short spring followed by months of drought and northerly winds) have fallen by between 60% and 80%. However, Paris, as strange as it might seem, has long been a haven for our pollinating pals, with 500,000 trees and large shrubs from 150 species. Local beekeepers tend to hundreds of hives on the city’s rooftops and in its parks. Below are five of the best, whose honey you have to try today.

Between 200 and 300 kilos of branded Miel Béton (meaning ‘concrete honey,’ a common name for urban-sourced varieties) are produced every year. The project, which was conceived by the Parti Poétique group as an exercise in urban art, has spread from its base on the rooftop of the town hall in Saint-Denis to numerous locations throughout the city. Follow this link to find out where you can get your hands on this award-winning honey, and make an investment in the future of the world’s most valuable insect and some of the city’s most eccentric contemporary artists. 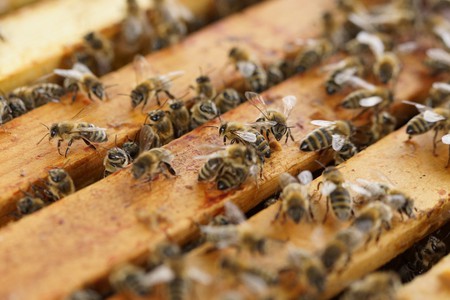 Un apiculteur pres de chez vous (A beekeeper near you) has been going strong since 2011, run by farming duo Bruno and self-taught apiarist Rémy, who has nearly 40 years of experience. The majority of their 400 hives are located on a farm in Fontainebleau, 60 kilometers southeast of Paris, but they keep 60 in the city as well. They also migrate a number of the bees north each year to the forests around Chantilly to produce a special lime tree honey. To ensure a reasonable price, the guys only sell directly to customers through their website and at four Parisian markets: Place des Fêtes in the 19th, Cours de Vincennes and Porte Dorée in the 12th, and Rue Ordener in the 18th. Check out their website for a full stocklist and market dates! 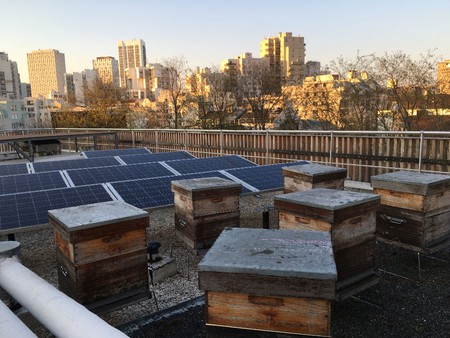 Sébastien Sandelli, the man behind 1001 Abeilles, acquired his first beehive at the age of just 12! Now an arborist at the Potager du Roi, a historic garden attached to the Palace of Versailles, he produces honey at two separate apiaries, one in the Paris suburb and the other near Saint-Setiers in the Limousin. The honey from Versailles comes in two special varieties: Linden, which has a minty scent and a citric flavor, and a warm, tannic chestnut. From his online boutique, he ships throughout metropolitan France and beyond, and pickups from Rueil-Malmaison can also be arranged. 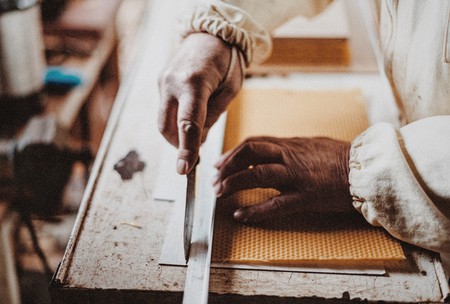 Perhaps Paris’ most famous beekeeper, and certainly its most dapper, Audric de Campeau started beekeeping in 2004 and set up his first Parisian hive in 2010. Since then, ‘his girls,’ as he calls them, have spread to the roofs of the city’s most spectacular landmarks: the Hôtel National des Invalides, the Musée d’Orsay, the Ecole Militaire, the Ministère de l’Intérieur, the Palais de la Monnaie, Boucheron, and the Institut de France. Needless to say, these fancy bees produce a correspondingly luxurious honey, carrying distinctive notes of blackcurrant and sour cherry. Le Miel de Paris products are on sale in numerous boutiques and department stores, so check out his website for a full list.

Next year, Marc Perret will have been beekeeping for 20 years, 12 of those in Paris. He started near to Notre-Dame in the Marais and at the town hall of the 4th arrondissement, snug in the golden triangle between of the Jardin des Tuileries, the Jardin des Plantes and the Jardin du Luxembourg. A second hive came in 2012 on the roof of the Ecole Militaire, making good use of the Champ de Mars and Trocadero Gardens, and a third in 2015 at the Ministry of Finance next to the Parc de Bercy. These four sites now house over two million bees, making Miel of Paris one of Paris’ largest honey producers. His website contains information on the many shops and delicatessens in town where you can pick some up for yourself. 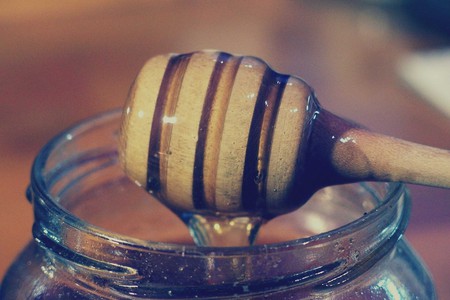