Tracing the Legends of Bohemian Paris and Magical Montmartre 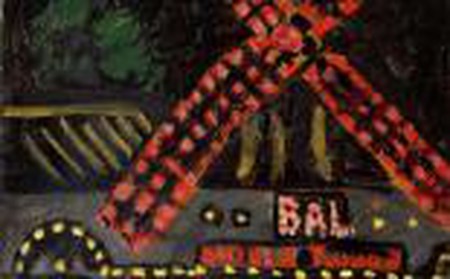 Paris’ legendary Montmartre was once the place where artists, writers and bohemians gathered in flamboyant, often debauched cafes and bars. The birthplace of the Moulin Rouge and the stereotype of the Parisian flâneur, Montmartre gave inspiration to the likes of Picasso, Zola and Renoir, who lived and worked there. Now home to vibrant cafes, world-renowned restaurants and lively music venues, Montmartre has retained some of its original spirit, but, as Federico Rosa discovers, much has been left in the past. 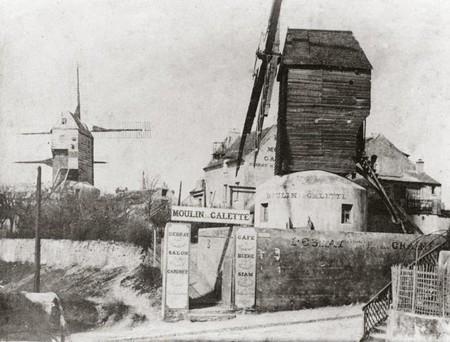 There are two versions of Montmartre: the historical and the magical. Fortunately for those visiting Paris today, both can still be found on the same site. This otherwise ordinary hill is located just 130 meters above the city of Paris’ 18th arrondissement. From the mid-19th century France of painter Camille Pisarro to Amélie Poulain’s nostalgic modern-day capital, Montmartre has been home to the spirit of an extraordinary vision of Paris; one full of wit, charm, and some larger-than-life characters, also known as bohemians. 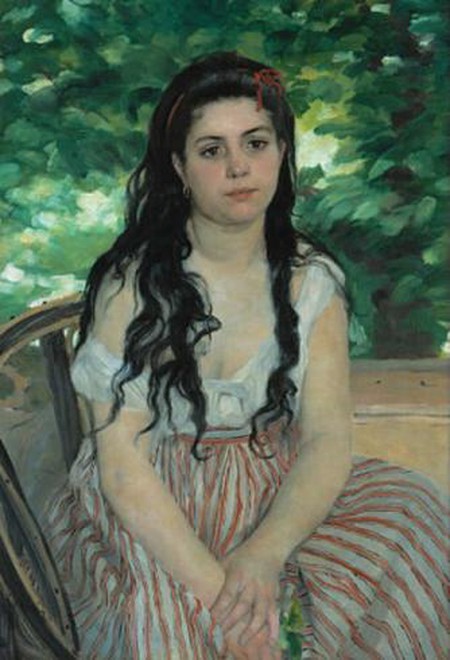 The term derives from the French ‘Bohémien’, which was used to identify Romani people who usually arrived to the French capital through Bohemia (in what is now the Czech Republic). The term was later more broadly applied to those who lived an eccentric, unusual lifestyle that was based on a love for the arts, the pursuit of pleasure, sexual freedom, and travel. A bohemian is a ‘citizen of the world’ to whom sensual and artistic necessities are primordial, and to whom norms and traditions of bourgeois society seem frivolous, arbitrary, and hypocritical. In Montmartre, this type lifestyle was to find its apogee.

The nuns of the church of Le Sacré Coeur made wine here and, being outside the city limits of Paris, Montmartre was exempt from city taxes, and so the modest-earning art lovers of Paris would flock to this hill, where a pleasant view of the city was offered alongside inexpensive wine. The name itself has quasi-mythical origins. Historically, this ‘Mount of the Martyr’ (Mont du Martyr) is actually the place where Saint Denis, the patron saint of Paris, was beheaded. Although they may not have appealed to the religiously reticent bohemians, these little anecdotes made the one-hour walk from central Paris at least a little bit more intriguing. 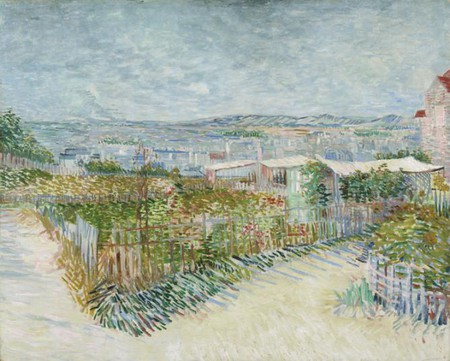 The owners of the old windmill at the top of the hill would eventually open a restaurant to be known as the Moulin de la Galette (due to the mill’s famous brand of bread), which soon became one of the main places where artists began to flock in order to hold high-minded conversations, enjoy wine and good food in the company of like-minded free spirits, liberated from the constricting boredom of normative society. Vincent Van Gogh executed a painting of the famous restaurant where one could enjoy wine and bread from the flour milled there. Pierre Auguste Renoir also immortalised the location in his famous canvas Bal de la Moulin de la Galette, and writer Emile Zola quipped that Montmartre was simply a place to enjoy the country air and be free of political and other ‘serious’ talk. 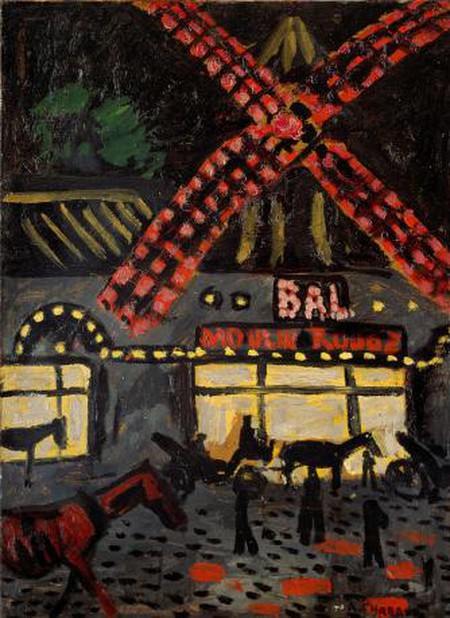 Soon, artists looking for affordable working and living spaces began to move in. The Bateau-Lavoir became one of these legendary artists’ houses, named so by the French artist and critic Max Jacob, due to the unstable wooden floors of the old, crumbling structure that would creak and heave under rain. Among the famous alumni of the bohemian Ecole des Beaux-Arts, a young Pablo Picasso is said to have completed his groundbreaking Les Demoiselle D’Avignon (1907) here, one of the true masterpieces of Modernist art, and one of the first truly Modern paintings. Amedeo Modigliani, a famous peintre maudit, also took up residence for some time at the house, although his alcoholic rages overshadowed his artistic production. The Bateau-Lavoir became a members-only club not just for painters, but also for writers, critics, and art dealers. Among those who lived or frequented the house were the likes of Henri Matisse, Gertrude Stein, Jean Cocteau, Guillaume Apollinaire, and Georges Braque.

As for the pursuit of pleasure, Le Chat Noir was one of the main gathering places in Montmartre’s nightlife. Arguably the first modern cabaret, it entertained its patrons with variety shows, shadow plays and monologues, serving wine and food, and would soon become frequented by French art luminaries such as composer Claude Debussy, painter Henri de Toulouse-Lautrec (who famously depicted the night scenes at Montmartre), dancer Jan Avril, and the poet Paul Verlaine. 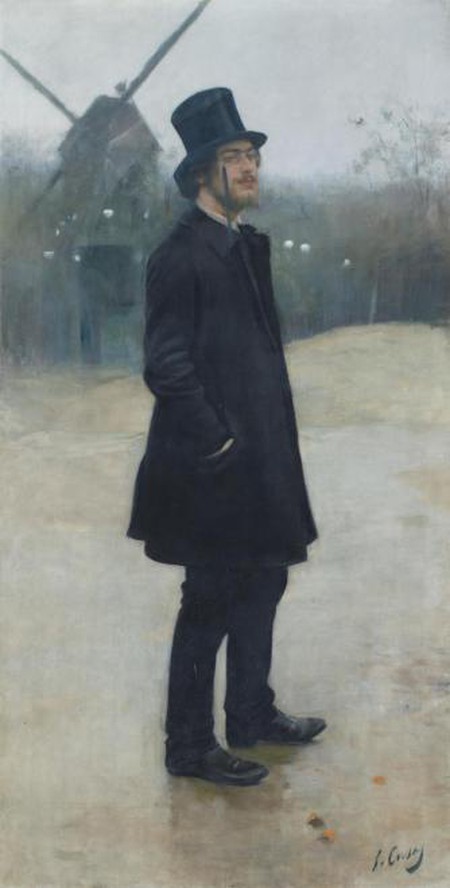 The Moulin Rouge also forms part of this repertoire of nightlife establishments, and is arguably the one with the most bombast. It was notorious as a site for bohemian debauchery, and it is credited as the birthplace of Can-Can dance. The Moulin Rouge was also Toulouse-Lautrec’s favourite place to drink absinthe, made from anise-flavoured wormwood with a very high amount of alcohol; the drink was so popular among the French bohemians that is was to be known as The Green Fairy (La Fée Verte) and was also the subject matter of several paintings, as addiction became common. It was later banned in much of Europe and the US. Nevertheless, Toulouse-Lautrec certainly enjoyed sketching pastels of the shows, and many of his posters attracted a large audience.

The myth of bohemian Paris, and of course Montmartre, sadly, lives now mostly in memory, in nostalgic films such as Amélie (2001) and most recently Woody Allen’s Midnight in Paris (2011), which depict the bohemian lifestyle as quirky, carefree and pure joie-de-vivre, far from the realities of the world. Yet these films and nostalgia keep the idea of a bohemian Paris alive, and in general of a time where to be alive was to be, at least on a hill above Paris, free. Montmartre represents a world full of possibilities, where everyone was about to write a great novel, paint a masterpiece, or compose the most audacious symphony. This Paris was the place where ‘what if?’ was lived every day. A legacy of artworks, flamboyant biographies and historical sites still stands to confirm both the mythical legacy and the historical truth of this once legendary place.