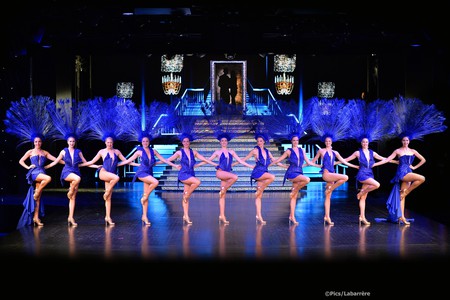 LIDO’s Paris Merveilles is one of the best kept secrets of Paris, a prestigious cabaret whose outstanding performances, sparkling outfits – even trained swans and sword-swallowers – easily rival the Moulin Rouge.

Dazzling the Champs-Elysées for almost 70 years, the LIDO boasts elegance at every turn, following its epic €25-million renovation.

From the two million Swarovski Crystals painstakingly attached to the sparkling taffeta outfits of the blue scene, one by one, to the 100 kilos (220 pounds) of pink ostrich feathers that billow out from beneath the 27 can-can dancers’ petticoats, this incredible dinner-show experience is sure to amaze. 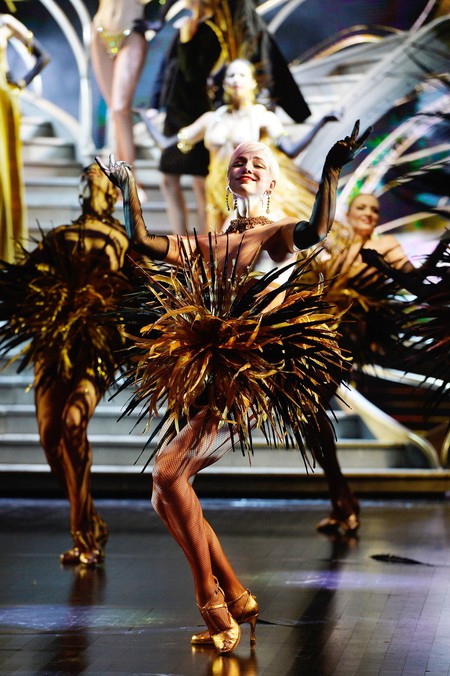 It took no less than 500 auditions across Europe and the United States, for these 32 talented young women (including the famous Bluebell Girls) and 14 young men to reach the stage – and the razor-sharp precision of the performance stems from two years of intense preparatory work. This is not to mention the 1000 hours of design that go into crafting a visual set able to seduce half a million audience members each year. 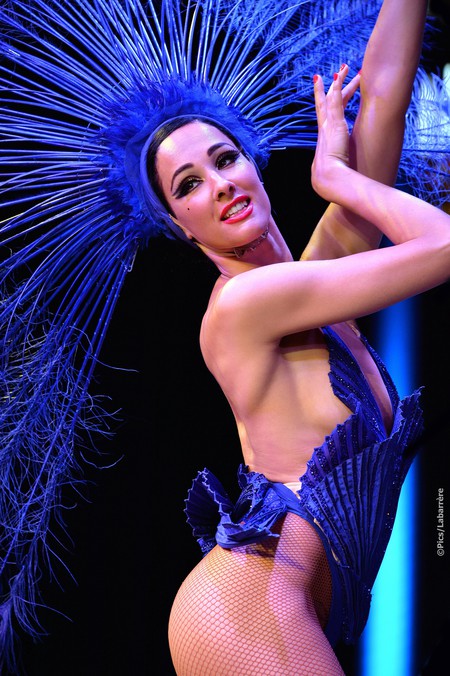 The young and talented Nicolas Vaudelet is behind the gorgeous design of the 600 haute-couture costumes, 250 pairs of shoes, 200 hats and caps, all of which were tailor-made in Dragone’s costume workshops in La Louvière. He’s a former collaborator of Jean Paul Gaultier and Christian Lacroix, and says with a smile: ‘to design the costumes of a revue is the ultimate fantasy of every designer.’

The designer delights in an abundance of feathers from American pheasants and South African ostriches, but spiced up with a daring cascade of rhinestones (more than two millions just for the blue scene). There’s a quirky stamp of surprise, with feminine tuxedos, dresses with exciting optical effects and, of course, the tantalising transparencies. 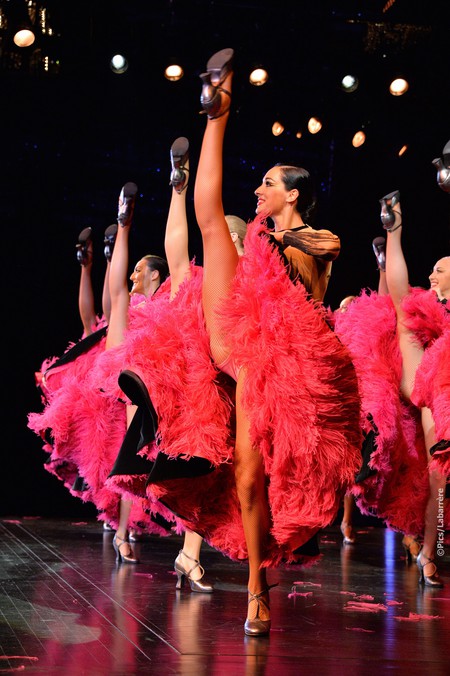 The audience is wowed not only by a flurry of pink feathers swirling under black velvet skirts during the can-can, but by a magical orchestra with 45 instruments, a sword-swallower and even trained swans, all from the champagne-flowing comfort of a 2000-square-metre (21,500-square-foot) panoramic dining room. 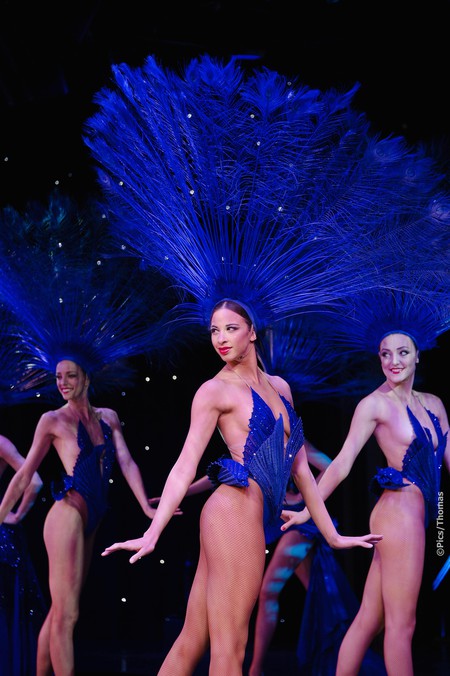 The event is spiced up with modernity at the hands of renowned scenic designer, Jean Rabasse. Bringing the scenery of Paris to life is a challenge, even for someone who has been awarded two César Awards for his cinematography, and worked on the Olympic Games ceremony. But this challenge is overcome by the monumental staircase flaunting Art Nouveau spirals, and the five-metre high chandelier with 40,000 pearls.

The stage is expanded by video projections, which is a first in the world of cabarets. There are visual effects with cutting-edge technology, sometimes poetic, sometimes dramatic, with five LED-light screens. There’s also an ambitious staircase that extends into the air, making ‘the streets of Paris bloom before our eyes like bouquets of flowers’, says the LIDO design team. 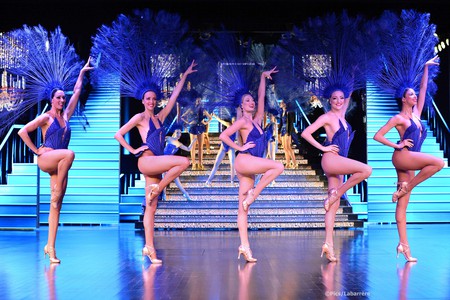 It’s also driven by a unique musical project with a mesmerising singer, Manon, an incredible mezzo-soprano. She was discovered by the French audience in the 2014 edition of The Voice, in which she reached the semifinals. A unique soundtrack was composed by Yvan Cassar, collaborator to great artists like Johnny Hallyday, and hovers between swing and soul, jazz and romance. 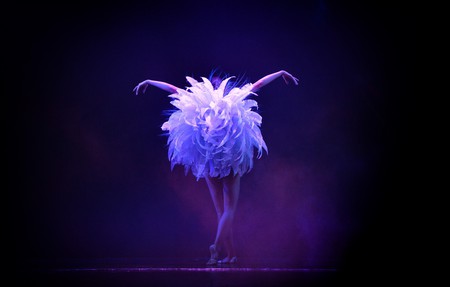 ‘I put my dreams, heart and soul into this revue Paris Merveilles, so it will not only catch the eye, but also touch the soul of each spectator’, says Franco Dragone, creator and director of the revue. ‘Overly ambitious? To me, the stage is a sacred place, and at a time when the world is increasingly disenchanted, our mission is to bring joy and brightness to people’s lives’. 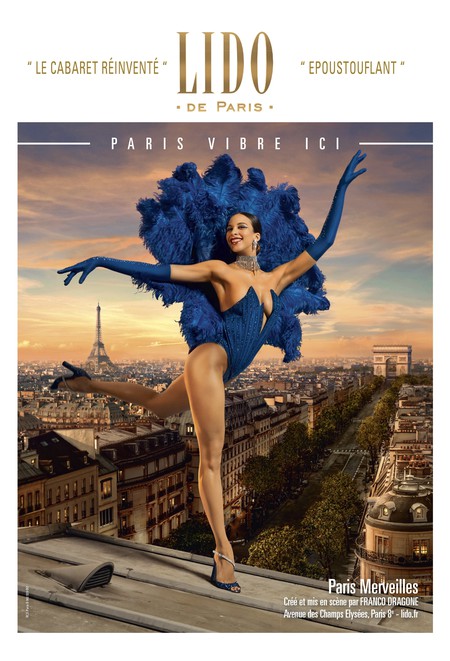 ‘For three years I have travelled the world and have seen the most beautiful shows, from America to Asia, with only one goal in mind: to delight our spectators and make them dream’, says Nathalie Bellon-Szabo, President of the LIDO.

‘And if I am proud to be the president of this iconic place, famous and respected all around the world, I am also aware of the challenge that comes with it. It is not only about creating a new revue, but most importantly, it is about reinventing such a particular and unique show genre’. 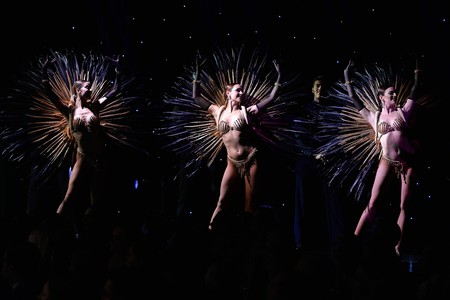 ‘With this new revue, I am sure the audience will have a unique and moving experience deserving of the most beautiful avenue in the world. The Bluebells, the feathers, the music, a first-class dinner and show: everything that makes the soul of the LIDO still remains, but it has been infused with a daring boldness, extravagance, and a succession of surprises to reinvent the revue’. 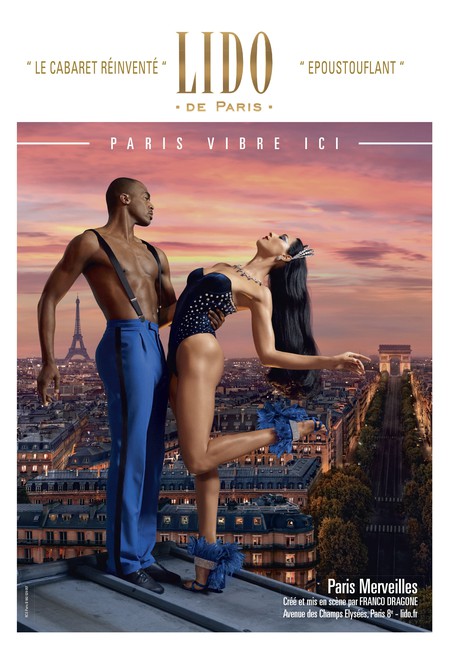