This is the Latest Souvenir You Can Get from Paris 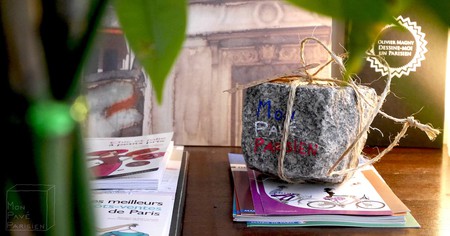 Nine out of 10 visitors to Paris take home an Eiffel Tower keyring, one which fractures at the bottom of their bags, slices open their fingers and reminds them of their trip in the worst possible way. Thankfully, a quirky, undeniably Parisian souvenir has emerged as its successor. It won’t fit in your pocket but will last a lifetime. Dozens of them, actually. What is it? A cobblestone, of course.

All the streets of Paris were once cobbled. Nowadays, few remain, mainly in iconic areas like Montmartre and on the Champs-Élysées and Place de la Bastille. The majority were dug up and dumped long ago or buried beneath rivers of asphalt. 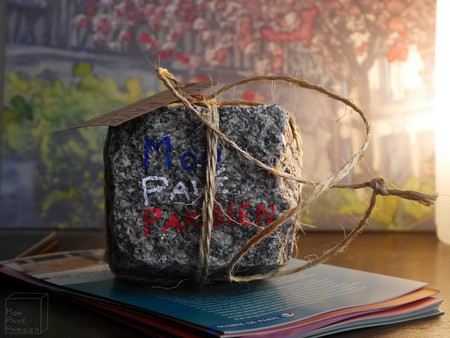 Every year, as the city repairs these resurfaced roads, around 10,000 tons of the cobbles are exhumed. The city used to pay for them to be hauled off to landfill until someone at the town hall thought of selling them on to contractors.

After being cut off by a speeding driver on the Champs-Élysées and flying off her red Vespa in September 2016, local entrepreneur Margaux Sainte-Lagüe came face to face with Paris’ historic cobblestones and a potentially lucrative business opportunity. 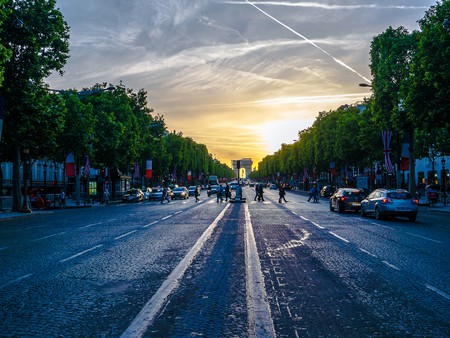 What if she took home one of these stones, which might have witnessed the 12th-century reign of King Philip II or the parade of the Free French liberators in 1944, and used it as a bookend, a paperweight, an ornament, or even in a Zen garden, she asked herself. What if others saw the beauty and significance in their simplicity, too?

Rather than pull one of them up and risk causing further carnage on the roads of the capital, she went online and purchased five tons of them from the city for €200. She then set about forming her company, Mon Pavé Parisien, through which she’d sell them to Paris enthusiasts around the world.

The spruced-up cobbles, which weigh between two-and-a-half and six pounds, are hand-painted in a variety of designs, from simple tricolor lettering on polished stone to a dazzling gold-plated version. They can also be personalized and each one is stamped with a ‘Made in Paris’ label.

With this, an eight-cent lump of the city’s history is transformed into a souvenir that carries a €60 to €150 price tag.

So far, more than 100 of the repurposed cobblestones have been sold, with buyers coming from as far away as Oklahoma and China.