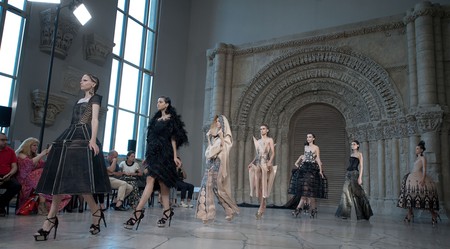 Chinese fashion designer Guo Pei is proving that elaborate design still has a place on the Paris Haute Couture runway.

Paris Haute Couture Fashion Week takes place at the beginning of July and it’s a chance for the world’s most elite designers to showcase hand-crafted works of art in the form of clothing. July’s event saw Dior and Chanel take a more wearable, modern approach than previously seen, but Chinese designer Guo Pei kept things traditionally elaborate with her architecture-inspired collection. 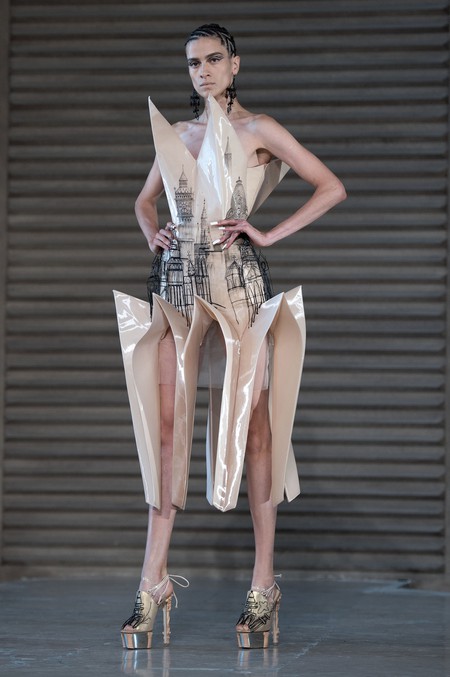 Guo Pei is best known in the Western world as being the designer behind Rihanna’s 2015 Met Gala gown, complete with enormous fur-trimmed yellow cape comically dubbed ‘the omelette dress’. The theme of the event was China: Through The Looking Glass, and celebrities called upon Chinese haute couture designers to dress them for the red carpet. Pei’s work was also featured in the Metropolitan Museum’s exhibit alongside other Chinese haute couture designers, jewellery and Chinese art. 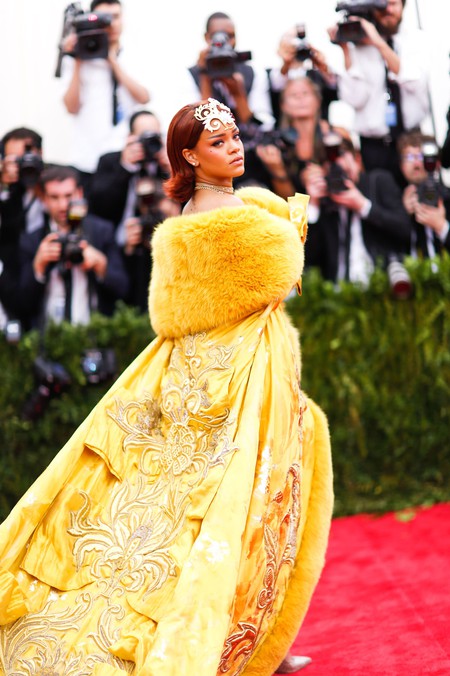 In July 2015, just months after dressing the global superstar, Pei held her first solo exhibition at the Musée des Arts Décoratifs in Paris and was made a member of the Chambre Syndicale de la Haute Couture. Her collections remain to be a true celebration of the organisation’s heritage and core values, despite her peers shift in approach to suit the times.

Pei’s work is heavily inspired by architecture, and her autumn / winter 2019 collection referenced the Cité de l’Architecture, where the show was held. She said of her collection; ‘Very few designers have to dare to use their extreme designs to express themselves… [haute couture] doesn’t have to be wearable like ready-to-wear.’ 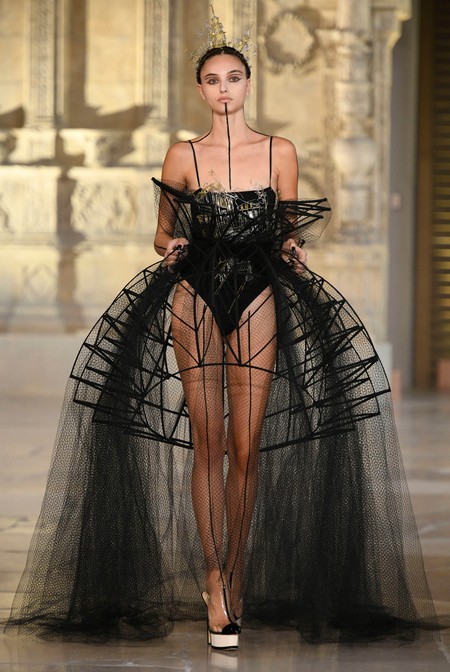 Dresses were elaborate in silhouette, with cage-like skirts and headpieces adding directional flair to the more minimalist shapes in the line-up. These were works of art as opposed to items of clothing and the monochromatic colour palette allowed structure to remain in focus. Despite the schedule’s ever-more contemporary approach to couture, Pei proved that eccentricity still holds a place at this event.