These Are the Most Controversial Music Videos of All Time 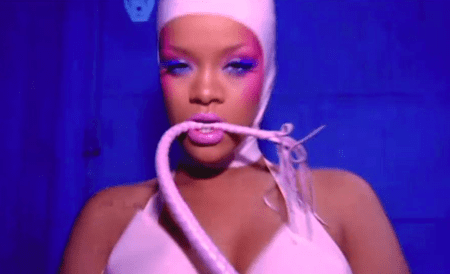 Music videos are a chance for artists to get creative and push boundaries.

Some really go all out.

Nudity, sex, violence… nothing is out of bounds. A few have been so shocking they have been banned from YouTube and certain countries.

Here, we bring you the most controversial music videos ever.

Most of these are seriously NSFW and some contain upsetting images.

Madonna kisses an African American Jesus, dances in front of some burning crosses and witnesses the murder of a girl by white supremacists.

This shocking video depicts the genocide of red-haired people with one sweet-faced boy being gunned down in graphic detail. It was banned from YouTube just days after it was released.

Not just the name of the song but what you’ll be experiencing while watching the video. A gang of youths go on the rampage in Paris in faux-documentary style, for added authenticity.

Aphex Twin harnesses the creepy power of children and makes them even scarier by giving them his face. The mini clones run around causing havoc aided by an evil spirit that looks a lot like Gollum from Lord of the Rings.

An emaciated old man wearing a Santa’s hat climbs up a crucifix while a little girl dressed up in a Ku Klux Klan robe tries to pick foetuses off a tree.

This caused quite a stir when it was released in 2002. t.A.T.u appeared as school girls, who just want to kiss each other in the rain but can’t get away from judgemental onlookers.

Obviously with a title like ‘Smack My Bitch Up’, you can’t have any old pedestrian music video. This depicts a night out in the city, full of boozing, drugs, vomiting, vandalism, nudity, a hit-and-run incident and even a full sex scene.

This raunchy video features comedian David Cross as a DJ but no one’s looking at him. It’s all about the various couples getting it on. Plus, there’s an old lady cleaning the floor erotically in front of her dog.

The video was banned in eleven countries due to its overtly sexual content. That being Rihanna simulating sex with a blow-up doll, dressing up in fetish gear and leading celebrity blogger Perez Hilton around on a dog’s lead.

The rapper came under fire after the animated lyric video for ‘Only’ was released depicting her as a dictator in a scene that looks like it was inspired by 1940s Nuremberg. It was blasted as anti-Semitic and insensitive, especially as it debuted close to the 25th anniversary of the fall of the Berlin Wall.

The lyrics to the song have been blasted for promoting date rape while the uncensored video was briefly taken off YouTube. It shows topless models dancing around, features allusions to drugs and bestiality, and ends with a balloon arrangement that reads: ‘Robin Thicke has a big dick.’