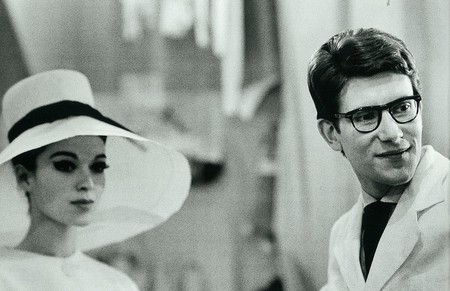 Yves Saint Laurent came into his own right as a designer at the start of the 1960s, at the dawn of pop culture and when there was an unquenchable thirst for new ideas and designs. Over the next two decades, the man with the dark-rimmed glasses and wide grin ruled supreme over the fashion industry. By examining four of his greatest contributions, it’s easy to understand how Saint Laurent became the first living designer to have a solo exhibition at the Metropolitan Museum of Art in New York in 1983, the crowning achievement of a career that lasted 50 years.

By transmuting fine art into fashion

‘A game of modesty, the contrast between old and new, the boom of a soundtrack, a light bulb, the delicate exercise of the feminine form’, is a snippet of Kym Ellery‘s exposition of her latest collection at Paris Fall 2016. Abstruse, maybe, but also par for the course for any modern fashion designer. Saint Laurent’s artistic inspirations in the 1960s and ’70s came down the runway in decidedly more explicit forms. The Mondrian shift dresses of 1965 hung from the models’ frames like canvasses, thanks to their expert construction, and the black lines and blocks of primary colors were identical in their orderliness to the original paintings. These six creations received a standing ovation on their debut, featured on the cover of French Vogue, and following a flood of imitations, became a defining look of the decade. Similar homages followed in Saint Laurent’s career, including to Wesselmann in 1966, Picasso in 1979, Matisse in 1980 and Van Gogh in 1988.

The blurring of gender lines on catwalks, billboards, and high streets may seem like a distinctly 21st-century fashion phenomenon, a look to be rocked by Kristen Stewart or Rihanna, but it is a trend with a 100-year history. Coco Chanel took the necessity of women wearing trousers in order to perform traditionally male tasks during the First World War and gave it style. With her signature tweed suits, there was an element of borrowing from menswear, though these were always paired with skirts. Saint Laurent took it to the next level. In 1967, he introduced Le Smoking, a tuxedo for women. This was, without question, a feminized version of the suit, accented with satin and paired with a frilly white shirt. Nevertheless, its statement was unequivocal: a modern woman, if she so wished, could now literally and figuratively wear the trousers, and look damn good doing it.

By normalizing the nipple

The female nipple may still be enchained on social media, and under many of the world’s legislative systems, but it has for a long while been free on the runway. An inadvertent grandfather of the movement, Saint Laurent first featured sheer materials in his 1968 collection. At the time, the appearance of braless models was not universally applauded. Indeed, numerous publications refused to publish photographs of his designs. However, throughout his career, Saint Laurent persisted in creating organza blouses and couture gowns which embodied his ideas of freedom and sexual equality. In doing so, he reforged attitudes in the fashion industry to the extent that nowadays, in this particular universe at least, an exposed nipple is no more scandalous than a button or a broach.

The fashion industry quickly evolved to be as much about the clothes as it is about who’s wearing them. Sadly, though the diversity of design expanded with each passing season, never failing to surprise and inspire, the growth in the number of people of color on the catwalks was altogether more lackluster. Saint Laurent was an early exception to this, championing diversity in casting and opening doors that were unjustly closed in the faces of deserving models like Naomi Campbell, who credits the designer for her first French Vogue cover. Saint Laurent’s influential stance, in addition to the obvious talents of models like Iman, Campbell, and Jourdan Dunn and the hard campaigning of industry activists, has led to a more just and representative industry.

Yves Saint Laurent’s Biography: What You Need to Know 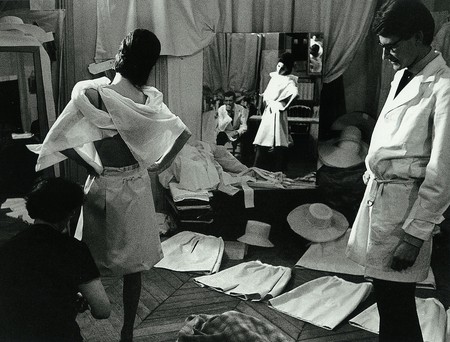 When and where was Yves Saint Laurent born? August 1st, 1936, in Oran, French Algeria.

What was his full name? Yves Henri Donat Mathieu-Saint-Laurent.

Where did he grow up? In a villa on the Mediterranean until he moved to Paris to study fashion at the age of 17.

How did he get his big break? Michel De Brunhoff, the editor-in-chief of French Vogue, introduced him to Christian Dior, who immediately took him under his wing as an apprentice.

How did he make his name? Following the sudden death of his mentor in 1957, Saint Laurent was named the head designer at the House of Dior. His spring 1958 collection saved the company from financial ruin.

Why was 1960 such a bad year for him? He was conscripted to serve in the French Army during the Algerian War of Independence but served only 20 days due to stress caused by hazing from fellow soldiers. While recovering in the hospital, he was sacked by Dior. This led to a suspected breakdown and forced treatment with large doses of sedatives, psychoactive drugs, and electroshock therapy.

How did he make his comeback? Saint Laurent sued Dior for a breach of contract and won. Soon after, he formed his own eponymous fashion house with the help of Pierre Bergé, his partner in love and business.

How did it all end? He retired in 2002 and lived increasingly reclusively in his seaside residences in Normandy and Morocco. He was diagnosed with brain cancer in 2008 and died weeks later on June 1st. 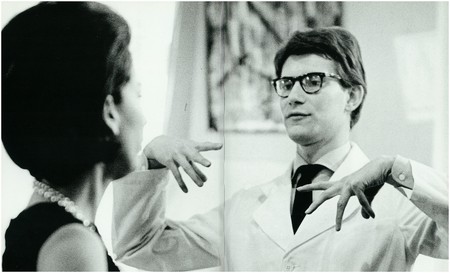 Over the years, I have learned that what is important in a dress is the woman who is wearing it.

We must never confuse elegance with snobbery.

I wish I had invented blue jeans. They have expression, modesty, sex appeal, simplicity — all I hope for in my clothes.

Isn’t elegance forgetting what one is wearing?