The Scandalous Story of Pantheon Which Paris Refuses to Forget 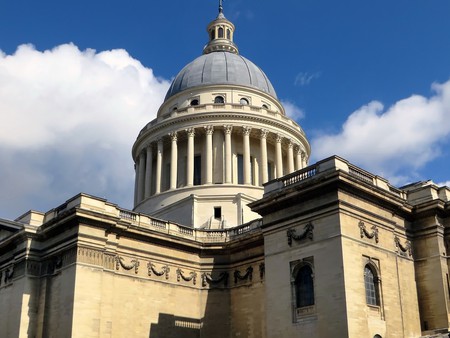 The neoclassical façade of Paris’ famous Panthéon—modeled after the great Pantheon in Rome—currently functions as a secular mausoleum for the remains of French epics. However, it hides a dark history behind its walls.

The design construction of this famous building, located in the Latin Quarter of Paris, dates all the way back to 1744 when King Louis XV vowed to replace the ruined church of the Abbey of St. Genevieve if he recovered from his illness. When this wishful plea became reality, construction began in 1758, but it has been plagued by scandal and controversy for centuries ever since.

To be buried in the Panthéon is an exceptional honor but shockingly, until very recently, this was an honor reserved for esteemed male French citizens. In fact, it was only this year (spurred by public outrage) that Simone Veil, the French Holocaust survivor and pioneering political activist, topped up the grand total of female citizens buried there from four to five.

There are 76 men by way of comparison, heralded by the inscription outside the building “To its great men; a grateful fatherland.” 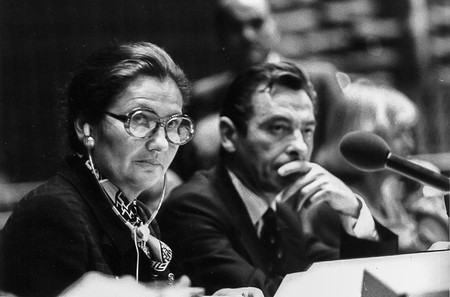 Whilst two women French resistance fighters during the Nazi occupation had similarly been offered a spot in the Pantheon, their families declined this, gesturing to gender equality, with their name plaques being added instead. Veil is therefore the most recent female addition, joining scientist Marie Curie, French Resistance fighters Geneviève de Gaulle-Anthonioz and Germaine Tillion, and Sophie Berthelot. 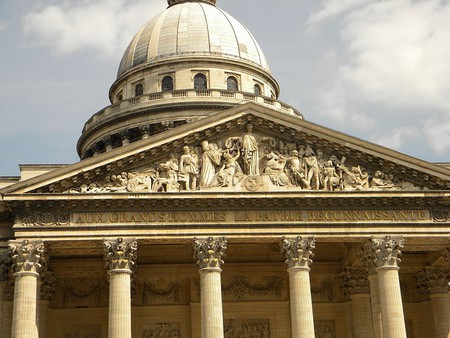 However, French feminists refuse to forget how Sophie Berthelot was included simply as wife to her better-known husband, chemist Marcellin Berthelot. She died the same day as her husband and was interred with him “in homage to her conjugal virtues.” This underlines just how difficult it has been for women to be recognized for their own intellectual merits, like Nobel prize-winner Marie Curie miraculously achieved. 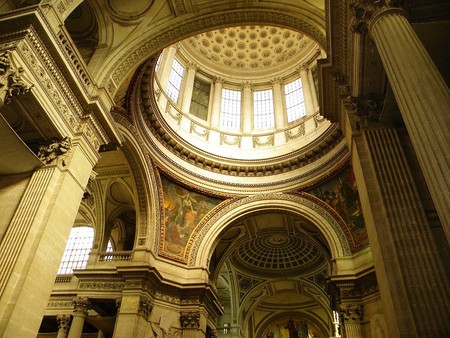 And for the people that have managed to be buried here, it’s hardly been a peaceful resting place. While the long-held legend that Voltaire’s remains (though Voltaire wasn’t even his real name) were stolen by religious fanatics and thrown into the river Seine was proved false in 1897, when the coffin was pried open to check whether his remains were still present, the chaotic upheaval of the French Revolution was proven to be anything but falsity. 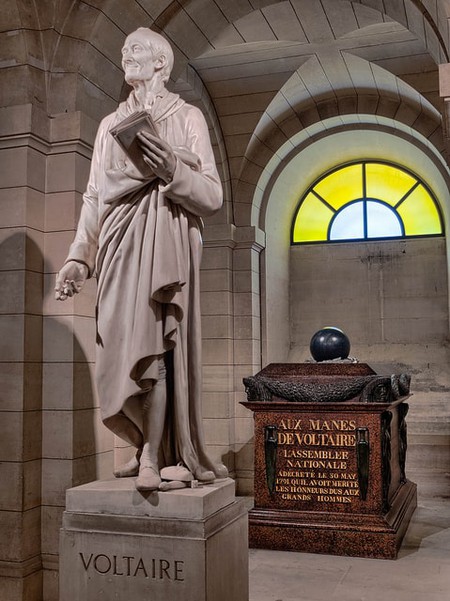 Despite the count being an early proponent of the French revolution, it is said that his remains were scandalously dug up during the chaos that followed. What’s more is that his body has never been recovered. There are four other people who have had their remains removed due to scruples over their reputation post-posthumously. 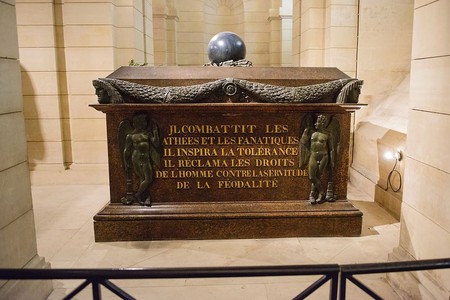 The body of writer Mirabeau was placed in the Pantheon in 1791, but only stayed there until 1794. When secrets about his life started emerging, such as the fact that he had been in contact with King Louis XV to give advice, his remains were removed. The other unfortunate epics to be disturbed included radical journalist Jean-Paul Marat, politician Louis-Michel Le Peletier, and a general, Auguste Picot de Dampierre. 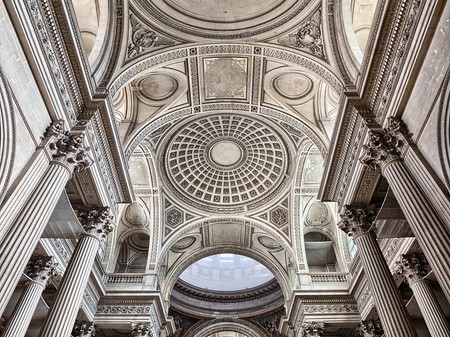 In 1795, in an attempt to avoid these scruples in future, it was decided to wait at least one decade after someone’s death before a burial takes place in the Pantheon.