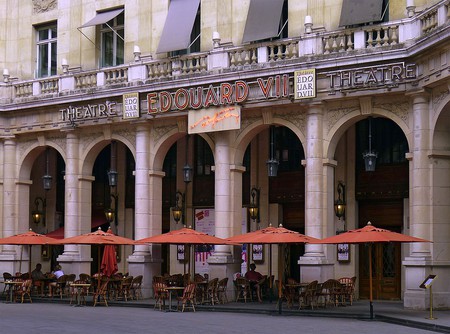 If someone were to offer you tickets to a French play in a Parisian theater, we sadly suspect that you might decline. Unless you spoke the language perfectly, there’d be little chance of you following the script and its nuances, or knowing when to laugh, and you would excuse yourself dejectedly. Well, not anymore. 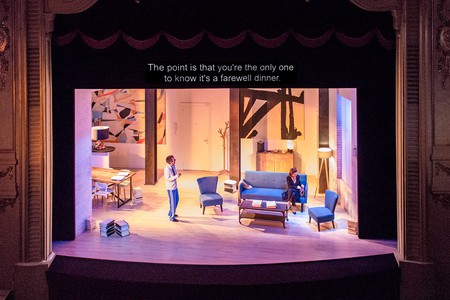 You may have been watching subtitled French nouvelle-vague films for a while; you might have told all your friends to watch La Haine, feeling very cultured and cosmopolitan as you did so. In that case, the new concept of watching French theater with English ‘surtitles’ (projected above, not below, the stage) will not be so alien to you at all. But if you aren’t au fait with foreign cinema, don’t fret. As the friendly Theatre in Paris representative will correctly inform you, it takes only five minutes to acclimatize, and soon, watching the play and reading the translation will be ‘like second nature.’

To fill you in, Theatre in Paris is the innovative start-up behind this new venture. Set up in spring 2014 by three French friends from choir, it was inspired by their Australian expat friend complaining about the lack of evening entertainment for non-French speakers in Paris. Once he’d been to the opera, the ballet, and the cabaret, there was little left for him to do except buy the t-shirt. While Sam the Australian no longer lives in Paris, we’re told that his time here was so transformed by the theater offerings, that he now has shares in the business.

‘Tourists don’t even like calling themselves ‘tourists’ anymore,’ explains co-founder and CEO, Carl de Poncins. ‘Foreign travel and city breaks are quite usual these days, meaning people want to get away from the over-snapped tourist attractions. They’re seeking experiences alongside the locals, rather than visits alongside the selfie sticks.’ 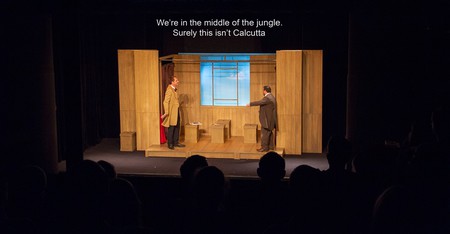 This season, the company has extended its surtitling service to three more theatres: Théâtre le Comedia, Théâtre de la Porte Saint Martin, and Théâtre le Ranelagh. With these in addition to the Théâtre Edouard VII (a listed historical monument) and the characterful Splendid, there is a diverse selection all over the city.

This expansion is a sign that the English surtitling phenomenon is winning over more and more French directors. They see themselves not as succumbing to the power of English, but quite the opposite. The surtitles bridge the gap between the two languages, allowing the poesy of the French to be appreciated and understood by those who don’t speak it.

And the three friends will not be stopping there. Together with French tech companies, Atos and Optivent, they’re developing multilingual translations on augmented reality glasses, which project the surtitles in front of the user’s eyes. Following their preview at the Avignon Festival in summer 2015, this new technology is attracting global interest, including from high-profile theaters in London and New York. 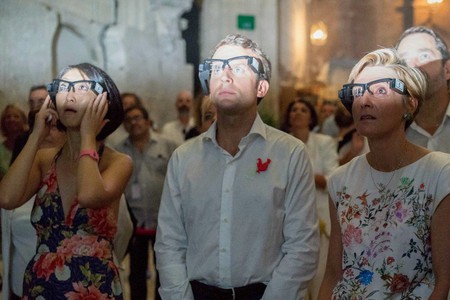 Theater may not be the first thing you associate with Paris, but chances are, if you enjoy live acting in your home country, you’ll be keen to see how they approach it on the international stage. As the memo spreads about English surtitling, it seems that the words ‘Theatre’, ‘in’, and ‘Paris’ may soon be natural formations on the lips of Anglophones.

For more information check out the Theatre In Paris website: www.theatreinparis.com