The Return of the Great French Brasserie and Bouillon 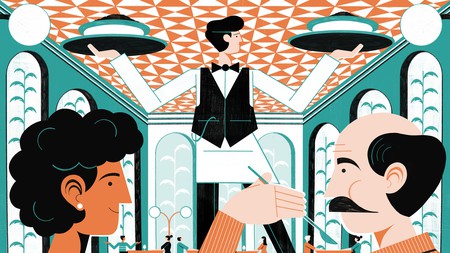 Fine dining in Paris is said to have waned with the city’s residents. These days the most coveted reservations aren’t in Michelin-star restaurants – instead, traditional dishes and even more traditional settings are back en vogue. Belle Époque dining rooms are being dusted off as the capital rediscovers its love for old-fashioned brasserie cooking. Here’s your need-to-know guide.

During the Belle Époque there were some 250 bouillons in Paris. These simple brasserie-style restaurants took their name from the broth, or bouillon, that was first served by butcher Pierre-Louis Duval in 1860. Widely considered the bouillon’s first incarnation, his restaurant provided affordable meals to workers in the sprawling and notorious food market, Les Halles. The menu, based on meaty offcuts, quickly spawned imitators across the city.

For over 50 years, bouillons reigned supreme in Paris, serving simple dishes in ever more elaborate Art Nouveau dining rooms. The menus rarely changed, with prices kept low through the use of quality but cheap ingredients served in enormous volumes. Dishes such as tête de veau (slow-cooked veal head), os à moelle (bone marrow) and poireaux vinaigrette (leeks in vinaigrette dressing) are all thought to have been popularised during this time.

Old-school cooking is back on the menu

Following World War I, dining trends began to change in Paris. Slowly, the bouillons started to vanish as new food fads took hold. By 2017, all but two of the city’s original bouillons had disappeared. Now they’re back with a vengeance. Not only are forgotten and long-forlorn original restaurants being restored to their former glory, but brasseries across the city are increasingly shunning nouveau cuisine for old-school cooking. When you visit a bouillon, come hungry: small, elegant, modern servings are out and hearty, traditional dishes are in. 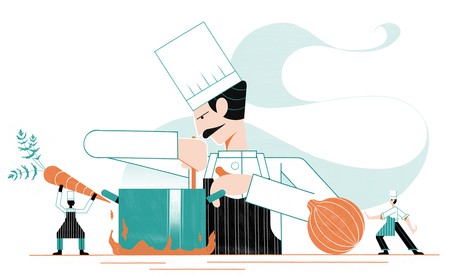 Rediscovering the food of childhood

The revival of bouillons in Paris stems from “a desire to return to simple and traditional French cuisine,” says Clément Chicard, chef of wildly popular Bouillon Pigalle, which is located at the foot of the Butte Montmartre. “Parisians wanted to rediscover the foods of their childhood, and dishes prepared by their grandparents,” he says. At Bouillon Pigalle, a modern 300-seat and two-storey behemoth, that means a no-fuss and all-fun dining experience, where dishes are served in photogenic red-rimmed enamelware and affordable wines are shared from jéroboams (large glass bottles containing three litres of wine).

So what’s on the menu at Bouillon Pigalle? Onion soup for less than €4 (£3), bœuf bourguignon for less than €10 (£8) and a ginormous €4.50 (£3.80) profiterole for dessert. “We can offer low prices because we buy very large quantities from Rungis [the world’s largest fresh produce market, located on the edge of Paris], which allows us to negotiate prices with producers,” Chicard explains. “We always have seasonal products.” It’s little surprise the most popular dishes at Bouillon Pigalle are the best value: their superb steak-frites and œufs mayonnaise were recently declared the best in the world.

A step back in time

A short walk away, there’s a similar formula and good-times vibe at Bouillon Julien, which has returned to its bouillon origins. The restaurant lost its old name, Brasserie Julien, when it reopened following a complete makeover from British designer John Whelan in 2018. Gone are the tobacco-stained walls, and in their place a new sea-green colour scheme that enhances the restaurant’s original stained glass and Art Nouveau decorative panels. A meal here is a step back in time to a restaurant little changed since Edith Piaf dined here, in a neighbourhood that still hasn’t been lost to gentrification. It’s packed out almost every night of the week, with waiters deftly snaking trays stacked with escargots (snails) and saucisse purée (sausage and mash) through the crowds. You can easily have two courses and a glass of wine for €20 (£16.90).

Bouillon Julien’s only rival in the design stakes is Bouillon Chartier’s recently revived Montparnasse location, one of the best restaurants in the 14th arrondissement. Run by Edouard Chartier himself from 1906 until 1924, until earlier this year it had been a forgotten part of the city’s culinary history for nearly a century. Now it’s thriving, re-popularising choucroute alsacienne (an Alsatian dish consisting of pickled cabbage, meats and potatoes) and confit de canard (duck confit) among a generation previously more au fait with burrata and Buddha bowls. Even the bills are old-school scrawled and calculated on paper tablecloths. 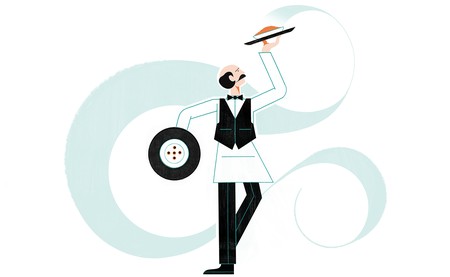 This Parisian renaissance of all things old-fashioned isn’t just confined to restaurants that fall under the brasserie umbrella. For example, Vichy tablecloths are reappearing in plenty of other spots across the city. And leading the béarnaise-smothered charge are sister restaurants Aux Bons Crus and Aux Crus de Bourgogne. Despite being in business since 1901, the latter has just been given a new lease of life by restaurateur brothers Jérôme and Stéphane Dumant. With prices a little higher than bouillons, they champion a rich but unpretentious style of cooking: steaks swimming in sauce aux morilles (morel mushroom sauce), steamed cod in beurre blanc and plate upon plate of crispy fries.

The first uber-traditional brasserie opened in 2019 in a five-star hotel. The Brasserie du Louvre is a first for Paris, bringing the cooking of recently departed Lyonnais legend Paul Bocuse to Paris. “Paul Bocuse is the French chef who has inspired all the generations who followed him,” head chef Denis Bellon says. Translating his culinary vision to a Parisian setting has been years in the making – the brasserie’s team trained at the Institut Paul Bocuse in Lyon and have worked with chefs who cooked alongside Bocuse for more than a decade.

Already, the formula is winning over guests more used to dainty portions than pan-fried calf’s liver and enormous veal cutlets. “There are many places in Paris to sample cuisine from around the world,” says Bellon, explaining that, until now: “the capital has lacked traditional restaurants”. The most popular dishes on the menu are also the most traditional: the onion soup and the Lyonnais classic, quenelles de brochet (pike dumplings).

After years when nouveau cuisine reigned supreme in Paris, the city’s appetite for rustic recipes and big flavours shows no sign of abating. Get ready to dig in. 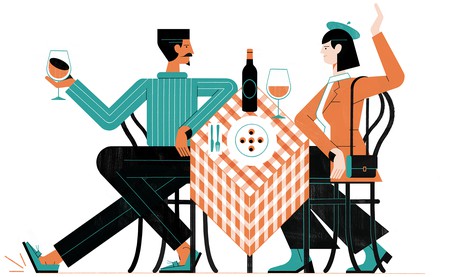 The best bouillons in Paris – and what to order

Order: gourmet chicken and chips, aka the demi-coquelet grillé with sauce diable and fries