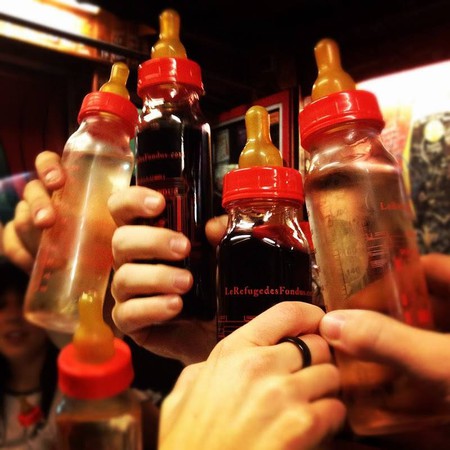 It’s no secret that France loves its wine, but one quirky bar in Paris has decided to completely revolutionise the concept. Their customers are invited to sip wine from baby bottles instead of wine glasses.

Le Refuge des Fondus, located at 17 Rue des Trois Frères in Paris, is perhaps the most misunderstood restaurant in the whole of Paris. Their wine is served in baby bottles, a quirk that is usually explained as a clever tactic to avoid the Parisian tax on wine glasses.

However, this explanation of wine tax is purely urban myth. We spoke to the restaurant owner himself, who confirmed that there is no such thing as a Parisian wine tax. In fact, it costs exactly the same price to serve wine in baby bottles as it does for other restaurants that opt to use wine glasses.

The real explanation goes back to 1966, when restaurant owner Janine opted to improve safety measures for her customers. The restaurant specialises in delicious cheese fondues, and she soon realised that this scalding-hot cheese could be dangerous if knocked over. 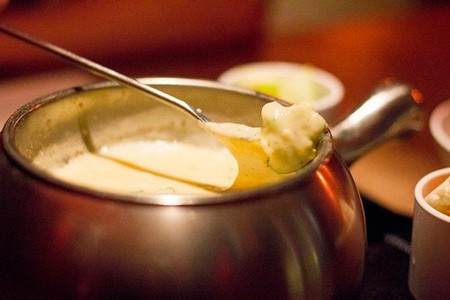 That’s why the owner decided to redesign the floor plan, opting for just two, huge solid tables with benches, instead of lots of tiny tables with pull-out chairs. This floor design reduced the chance of fondues getting spilled.

That said, the tables are so huge that if you want to be seated on the side near the wall, you have to literally jump over the table. The current restaurant owner will personally assist you. 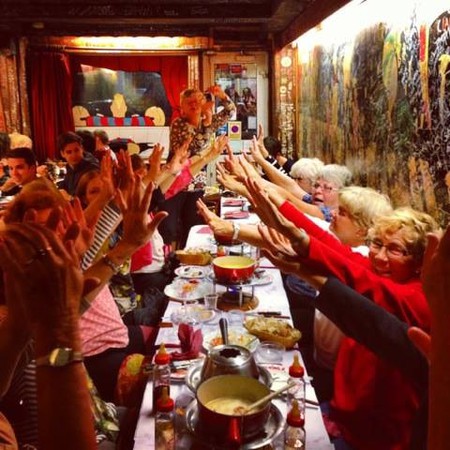 Of course, jumping over the tables is a health hazard in itself. Unsurprisingly, Janine noticed that wine glasses were actually getting knocked over instead. She decided to solve this problem by swapping wine glasses for baby bottles that don’t spill when knocked.

Diners are tightly packed, and there is no concept of personal space at this spot, but it’s one of the most original dining experiences you could hope to find in this city, sucking wine from plastic teats like babies. 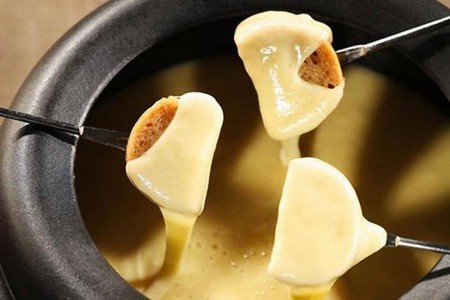 There is a simplicity and unpretentious attitude to their values, which provide a welcome break from the snobby Parisian stereotype. In fact, there is no menu either. In its place is a binary choice between red or white wine, and cheese or meat fondue. Here there is no fuss.

Their cheese fondue is a must-try, consisting of chunks of raw meat dribbled in a boiling broth. The price will average at a modest €21 per person for the food, including a complimentary antipasti. Make sure to bring cash because they don’t accept credit cards.