The Pregame: ALA.NI Revives the Elegant Jazz of Billie Holiday

We all have our own pregame rituals, but how does your favorite artist prepare for a night out? Culture Trip’s Music Editor Ryan Kristobak sits down with a variety of rising artists in one of Brooklyn’s trendiest spots, Loosie Rouge bar in Williamsburg, to discuss music, life, and everything in-between, while enjoying the artist’s favorite bites, beverage of choice, and games to get the party started.

In this episode, singer ALA.NI teaches us how to drink rum like they do in the Caribbean, gets a little more than she bargained for with her sushi order, and improvises a song a cappella based on hilarious quotes from one of her favorite TV shows.

“You know I’m just going to scatter everything in the end if I’m not winning.”

It’s an all-too-familiar refrain for anyone who has played Trivial Pursuit before, but it certainly wasn’t what I expected to hear from British-born, Paris-based singer ALA.NI.

A first listen through her debut album, You & I—which she wrote entirely a cappella on Garageband—immediately draws comparisons to greats like Billie Holiday, Judy Garland, and Édith Piaf. It’s a seraphic blend of jazz and chanson so tender that you dare not utter a word while listening out of fear that it might retreat, like a deer startled by sudden human presence.

So when I first met ALA.NI in South Williamsburg’s Loosie Rouge, it didn’t surprise me that she was soft spoken and brief in her words, dedicating a chunk of the time leading up to filming to locating the perfect pink flower to pluck from a jardinières sitting just outside of the bar and press into her notebook, which was beginning to look like the swelling bellows of an accordion.

But once the camera started rolling, the theater student emerged.

“Oh, fuck you,” she griped after I answered an uncommonly simple Trivial Pursuit question. “No. No, no, no, no! I’m the guest, I should win!”

The role of the petulant child nailed. But when it came time to follow through on the game’s loser eating a chunk of the wasabi provided with our sushi (a bet of her own design), she did so, despite her imminent performance later that afternoon, with a few exaggerated fake sobs, lots of laughter, and then a few real, justified tears.

You might also like: The Pregame: From China to the U.S., Bohan Phoenix is Reshaping Hip Hop’s Global Landscape

Despite being the daughter of a reggae bassist and the great-niece of cabaret star Leslie “Hutch” Hutchinson, ALA.NI’s passions are constantly bouncing beyond music’s edges. Growing up under the guidance of her “couture seamstress” mother, she is eager to design clothes, shelving units, and wardrobes, and even has a great idea for wrapping paper (she’s keeping that one under wraps for the time being).

She’s handled the majority of duties for her music videos, and is constantly jotting down film concepts, with a particular penchant for gangster films and heists. In fact, one afternoon, she, along with a friend who has done set design for films like Harry Potter, planned out how to rob an Italian art gallery in London, which apparently has no security, all the way up to her moped escape out the garden.

But don’t expect ALA.NI to veer off her current track just yet.

“I’m a believer that if you want to do something, it all just falls into place; things just align themselves,” she says. “For now it’s music, and I know I have to be really focused and dedicated to it.”

Pregame with ALA.NI in the videos above, and check out an assortment of her best words of wisdom—and words of drink—from the full shoot, as well as her fall U.S. tour dates, below.

“Where my parents are from in the Caribbean, rum is a big thing, so you kind of grow up with the smell of rum around you. They tend to prefer white rum because you don’t get as fat. I remember being told by the ‘pro’ rum drinkers that you have a sip in the morning and then you top it up with water throughout the day, and then you just keep on getting drunk because it’s so hot it evaporates in your body and when you drink water it comes back to life, so you can sustain drunkenness for the whole day.”

ALA.NI: “I got [Twister] for Christmas one year—an ex-boyfriend got it—and it was fun!”

Culture Trip: “That’s all that needs to be said.”

ALA.NI: “I was going to go somewhere else and be like, ‘it’s wipeable,’ but, you know…”

“I just always remember my dad rehearsing, I’d go to his rehearsals with him and seeing that form of discipline, or let’s say a group of men playing music, getting very high, playing reggae. Or he’d be at home with a spliff in his mouth, playing the bass, just in this other world. I’d be talking to him, ‘Dad, it’s dinner time, dinner’s ready.’ And he would just be like [imitates playing bass]—he’s lost. I was like, ‘Is that yes? No? Talk to me.’ But he couldn’t break it. That was kind of like, ahh, this other focus, this thing that transported you. I did find myself thinking, ‘What is that thing he’s smoking that makes him do that?’” 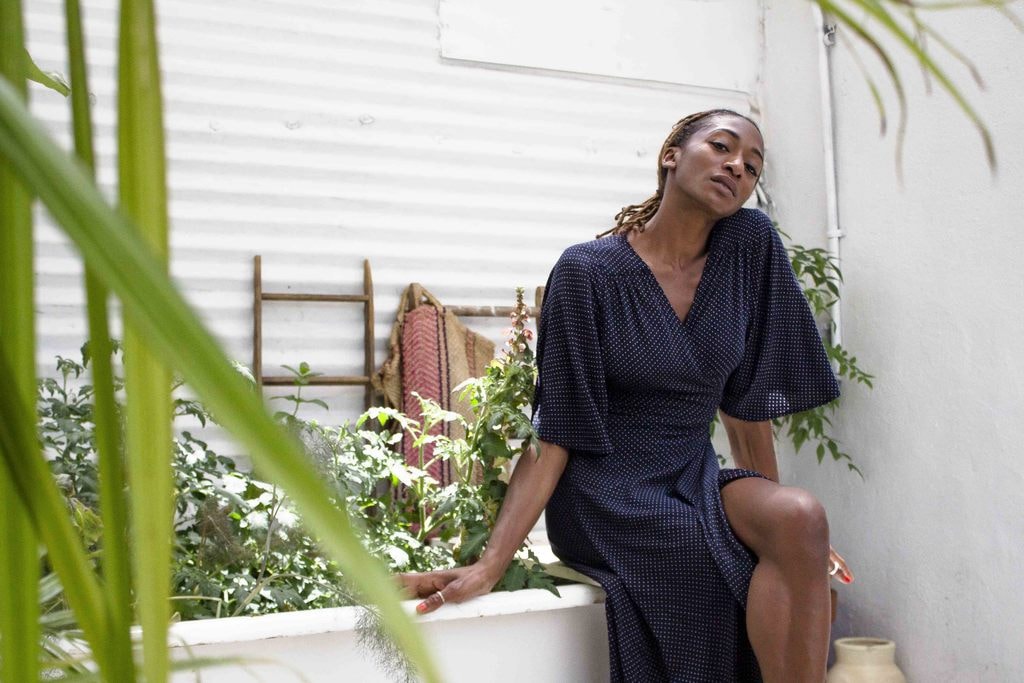 ALA.NI: “When I was in Grenada, I met this random German man on the beach. I spotted some white man on the beach with a big beer belly and I was like, ‘You, let’s talk.’ And it turned out that he does music too. And we spoke for the whole day—he was leaving the next day—and we just spent the whole day together, going to different parts of the island and just talking about music. Both just obsessed with music, and it turned out that he collects old microphones. When I was in Grenada I wrote [“Cherry Blossoms”], and then when I came back to London I was like, I’ve started this project, I think I want to use really authentic instruments and sounds, not add in some plug-ins; I want to record it at the source. He kept sending me these pictures of old mics, and I was like, ‘Dude, fuck it, I’m coming over to Munich, I don’t know you, I’ve only met you for like 14 hours, don’t kill me in the middle of the forest, I’m coming.’ I went there, found two great microphones to use, and I still have them.”

ALA.NI: “Well, he lives on a farm, and there’s cows, and it’s all powered by manure, so there’s these big generators, so I was like he could just put me in the generator or something and be turned into manure. But I’m okay, I’m fine. I just saw him a few months ago and he still didn’t kill me so I’m okay.”

“I wanted to make a film with songs, so no dialogue or anything, just a silent film with songs and a love story. One of the film stories was actually based around the Civil War times. It was a house maid—a black slave house maid—who falls in love with the master’s son, who then goes off to war, and he comes back and they’re still in love, like they have this really young love thing, and he’s supposed to marry the whatever woman, but they’re really in love, and how they would meet by the river and the cherry blossoms flowing.”

“What am I doing? See I shouldn’t be drinking in the afternoon. I’m taking thread off my dress with my teeth! Ugh, I’m a lightweight. Okay: wasabi, jet lag, this [points at drink and then takes another sip].”

“It’s a hip-hop thing. I think I went… I can’t remember why I started it. I think I did a gig once and I asked someone to give me a book, and I just started to read and improvise. I like to keep my gigs moving and changing and different so that they’re interesting, or otherwise [gestures head nodding, as if falling asleep] I’m singing the same songs every night. That’s boring. But now it’s a real thing. There’s printed paper as the audience comes in, there’s a box of pens, it’s a very integral part of the show, and it’s great.

“It’s so random. The audience, some of the words I get—the guy who did the artwork for my U.S. album, he actually is from Zurich, and he came to a gig and it was his handwriting. He just had this beautiful handwriting, so I was like, ‘Who is this? Who is this person?’ He came up afterwards and he presented himself, and I told him I’m just about to start doing the artwork for the U.S., I don’t know what I want yet, but I know I want your handwriting on there. It really helps people feel like they are part of the gig.

“I was thinking the other day, I may start recording some of them because some of the songs are really cool, and just have an album of improvisations, or a little EP, or to just collect them because I never get to hear them back.” 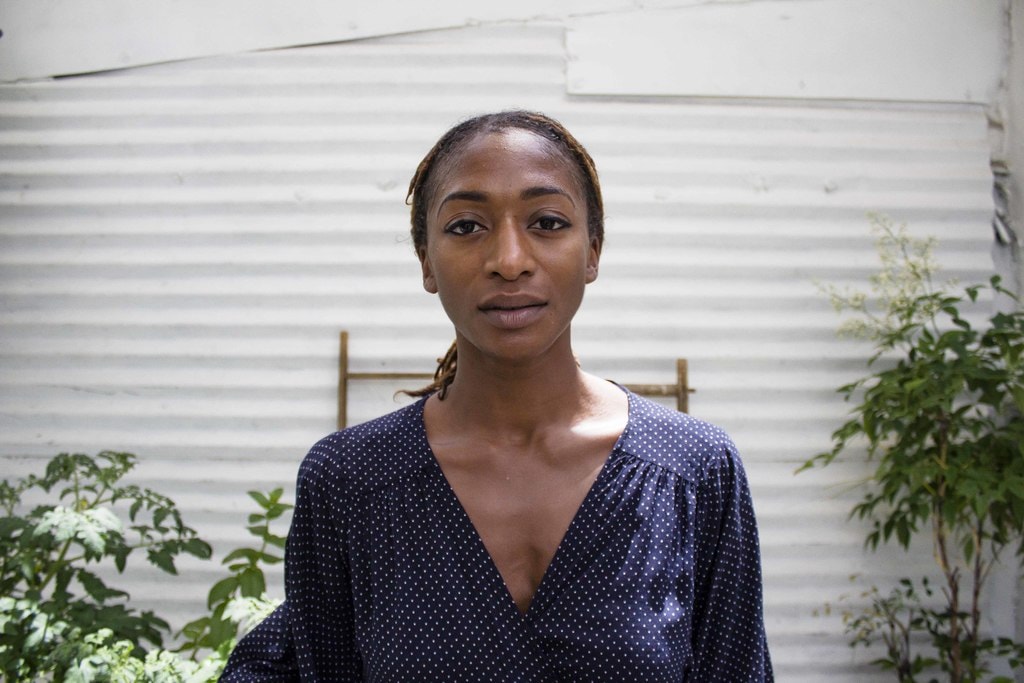