While her unconventional life – set in the Paris milieu that included some of the most famous artists, musicians, and writers of modern times – is certainly the stuff of legend, Suzanne Valadon’s determination to succeed as an artist in her own right, as a woman and without any access to formal training, is what makes her story an important one to remember. We find out more about this often overlooked artist. 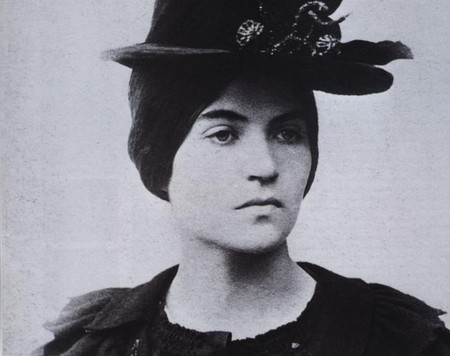 That Montmartre was home to some of the most dynamic and prominent artists, writers, and musicians of the late 19th and early 20th centuries is no secret, as the hordes of tourists who continue to throng to the Place du Tertre every day can attest. Yet the women artists who formed a part of this serendipitous collection of creative spirits are far lesser known. Only through the recent focus on women in art history, has some light been shed on female painters of the period, like Berthe Morisot, Mary Cassatt, and Suzanne Valadon. Yet, unlike the affluent backgrounds of Morisot and Cassatt, Valadon rose from an impoverished and difficult family history to become, through a potent combination of sheer determination and undying artistic passion, one of the most vibrant individuals ever to thrive in the fertile environment of the village on the butte.

Born Marie-Clémentine in a small village near Limoges, Valadon moved to Montmartre at a young age with her mother Madeleine, who was hoping to shed the humiliation of both her husband’s death in prison and daughter born out-of-wedlock. They arrived just after the short-lived Paris Commune of 1871, a rebellion against the Prussian takeover, in which the community of Montmartre — and its women in particular — played a central role. The lingering revolutionary spirit and the prominent role of women in the Commune became part of the fabric of Montmartre’s identity, helping create a propitious place for a spirited young girl with artistic talent to make her mark. 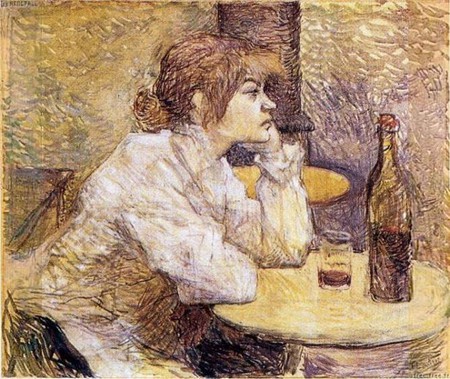 Valadon began to draw obsessively from a very young age, preferring to sketch the world around her to school at the convent on Rue Caulaincourt, eventually leaving school to look for work. She found a job as a trapeze artist in one of the newly popular circuses, then went on to work as a live model — an emerging way for young women to earn a living — for the painter Pierre Puvis de Chavannes.She soon found herself the main model for Pierre-Auguste Renoir, posing for many of his well-known paintings such as Dance in the City (1883), which now hangs in the Musée d’Orsay. A young, striking beauty with a voracious appetite for life, she also had a number of lovers during this time that likely included both of the artists for whom she worked, and she gave birth to a son at the age of 18. The identity of the father would never be definitively resolved, but little Maurice took the name of a Spanish artist, Miguel Utrillo, who agreed to claim the boy as his son. 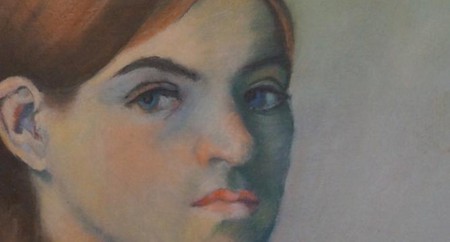 After the birth of her son, Valadon continued to model but remained focused on her own drawings, because even if she enjoyed seeing herself in Renoir’s and Puvis de Chavannes’ idealized feminine depictions, she was determined to develop her own artistic vision. Her early drawings focused on the nude female figure, with a strong line and visceral quality – her own experiences as a model are palpable in her portrayals. She knew that access to an arts academy was out of reach for a young woman of her background, so she made Montmartre her art school. She seized every opportunity that came her way, drawing upon the energy and creativity of her time while at the same time defying the conventions of her gender. She assiduously studied the techniques of Puvis de Chavannes and Renoir, even if the latter remained dismissive of her artistic aspirations. It was not until a young artist named Henri de Toulouse-Lautrec moved into her building on Rue Tourlaque that her talents would be noticed. He saw in her not only an attractive young model but also a skilled artist in her own right, and suggested the name of Suzanne after the biblical story of Susanna and her Elders. The artist Suzanne Valadon was born. 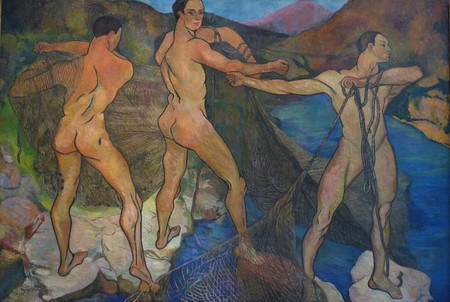 Casting of the Net | © Ji-Elle/Wikicommons

Bolstered by Toulouse-Lautrec’s encouragement, she overcame her fears and brought her drawings to the elder master of the neighborhood, Edgar Degas. Recognizing her talent, Degas quickly became her advocate and the first person to buy her drawings, showing them alongside well-known artists. They would maintain a lifelong friendship, and thanks to Degas’ support, she became first woman ever to exhibit at the Société Nationale des Beaux-Arts in 1894. Finally accepted as a peer, Valadon thrived in the rich artistic environment that abounded in the many cafés, bars, and cabarets around Montmartre – iconic locales like the Moulin de la Galette, the Chat Noir, and the Lapin Agile.

After a brief but intense love affair with Erik Satie, she decided to marry the stockbroker Paul Mousis, hoping to find some stability for her son and a peaceful environment in which to paint. However, Valadon found her productivity lacking without the energy of the butte and the new setting did little to control her son’s alcoholism, though she did successfully encourage him to channel his energies into painting. She eventually returned to Montmartre, and at the age of 44 she met the 23-year-old André Utter, her son’s friend. Despite the age difference, the two fell deeply in love and naturally, Mousis divorced her. Through her young lover, she had access to the new generation of artists like Pablo Picasso, Georges Braque, Raoul Dufy, and Gino Severini. 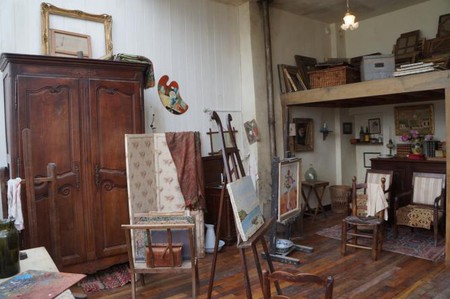 Thus began the most productive period of her career. Her happiness and confidence grew, and she worked with a broader palette of fauvist-inflected colors and larger canvases such as Adam and Eve, the first painting by a woman of a nude man and woman together — it was a portrait of herself and Utter, who had in turn become her muse. Valadon’s work was championed by renowned female art dealer Berthe Weill and exhibited at the Salon des Indépendants and the Salon d’Automne, earning professional accolades even if the critics sometimes had a difficult time seeing beyond her gender and unconventional personal life. Yet she persisted, never wavering from her unapologetically direct, even at times unflattering, female figures that disrupted the usual voyeuristic position of the male gaze. Instead, she conveyed a sympathy toward the models she painted; they were the subjects of their own reality, not merely objects of admiration for the observer. It was a reflection of the way she had chosen to live her life. 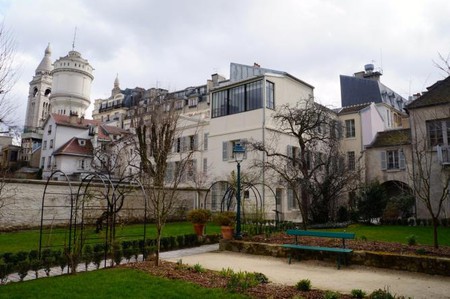 She and her son went on to have considerable financial success, signing a contract with the gallery Bernheim-Jeune in 1923 that earned them enough money to fund the purchase of a chateau near Lyon, thus cementing her unlikely rise from a hardscrabble early existence on the streets of Montmartre to a successful artist during her lifetime. Despite the ups and down of her personal life, she remained actively dedicated to her art until her very last days. As she related shortly before her death: “My work…is finished and the only satisfaction I gain from it is that I have never surrendered. I have never betrayed anything that I believed in.”

The studio on Rue Cortot in which she lived and worked is now part of the Museum of Montmartre and it has recently been restored and reopened to the public. Located on a quiet street behind Sacré Coeur, the site enables a glimpse into the former workspace of this determined woman, an integral part of Montmartre’s extraordinary life.