The Parisian Brand Leading the Second Wave of French Craftsmanship 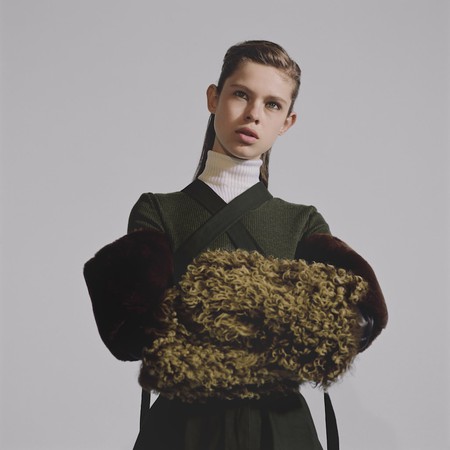 Ahead of Paris Fashion Week Spring/Summer 2018, Culture Trip catches up with one of Paris’ hottest emerging labels.

Style, so the saying goes, is something you either have or you don’t. Gauchère’s creative director Marie-Christine Statz takes this idiom to it’s most seductive extreme: fashion is in her blood. Having grown up with two parents who worked in the industry, Marie-Christine headed to Parsons in New York where, after graduating, she worked with Narciso Rodriguez and Diane von Furstenberg. As is so often the case, the allure of starting her own label proved too strong, and in 2011 Marie-Christine headed back to Paris to launch her own label, Gauchère.

‘I always say that in New York everything always changes all the time, and in Paris everything always stays the same,’ muses Marie-Christine on her move back to the French capital, and the differences she’s found between the cities. ‘At least it feels that way to me,’ she adds ‘New York has always been more business oriented to me – with a very high energy on a very high pace. Paris seems, to me, often more chaotic, but at the same time, more romantic.’ 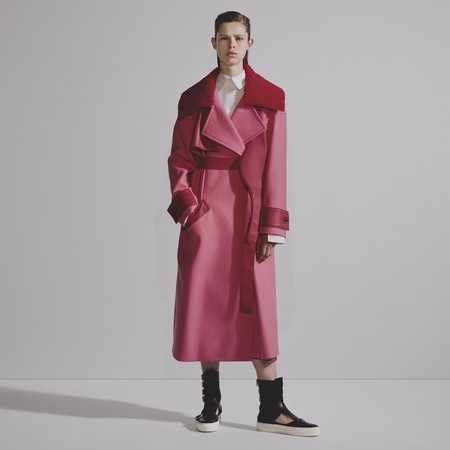 The romance of Paris certainly pervades the designs of Gauchère, which offers soft feminine silhouettes with precise, architectural craft. The attention to the process of making is one of the elements that has rendered Gauchère so unique in an industry full of fast fashion. ‘I have been always very interested in the techniques of couture, which makes me look at garments often in a different way,’ she tells us. For recent collections, this idea has manifested itself in loose, feminine staples paired with structured, statement jackets and sculptural details woven into easy, everyday wear. 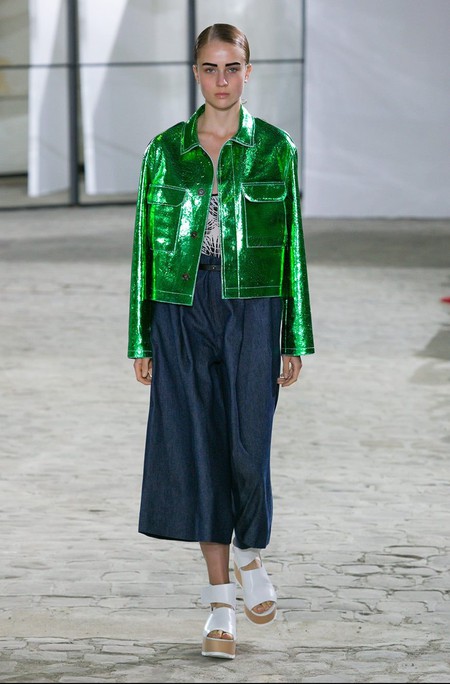 Unsurprisingly – given the varied yet focussed design of Gauchère – Marie-Christine cites the architecture of Paris as another reference point for her collections: ‘It’s inspiring to me, and there’s so many different arrondissements. I like to walk through Paris because I always feel as if I’m discovering something.’

For SS18, Gauchere’s collection has been built around Peter Lindbergh’s photography and his short, black and white films. ‘What inspired me a lot are his portraits of women, and the different ways in which he captured them,’ says Marie-Christine. 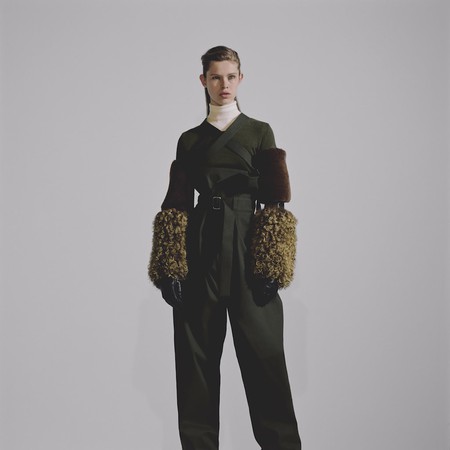 Crucially for the next generation of designers coming through, Stantz has focussed on putting a sustainable approach at the heart of her brand. ‘Sustainability is very important to me and I believe it is also necessary to support the local and cultural know-how.’ As one of the most pollutant industries in the world, this commitment to slowing things down and focussing on local craft as well as commercial viability certainly strikes a more positive and hopeful note.

It’s a feeling that Marie-Christine has translated into the city itself, as she notes that ‘there is good vibe in Paris at the moment, and a lot of international brands are interested in showing in Paris.’ 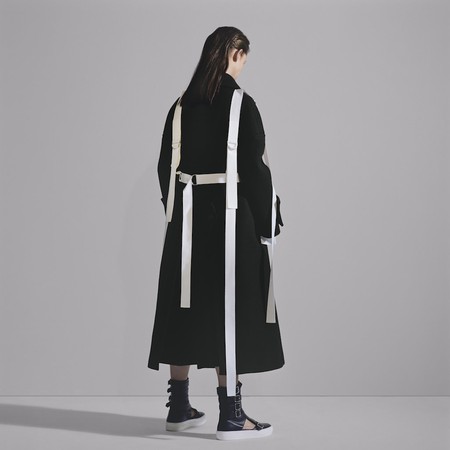 This season sees American brands departing the NYFW schedule to show in Paris instead, along with a major new initiative to bring British fashion talent to the French capital courtesy of the new Tranoi x London Designer Showrooms partnership. As such, there’s never been a better time to be an emerging French designer

This new heightened commitment to sustainability and innovations in craftsmanship are paving the way for a new wave of talent to steal the spotlight in Paris. We’re excited for Gauchère to do just that.