Dora Diamant is making a name for herself on Paris’s underground nightlife scene. Model by day and DJ by night, she makes seemingly effortless fashion choices that tell the story of what it means to be a gay woman in the French capital today.

“I think it’s more or less written on my face that I don’t sleep enough, that I smoke too much and that I dance badly, and that doesn’t bother me,” says Dora Diamant. The model, photographer and DJ is taking the Parisian creative industry by storm. When she’s not walking the Vetements runway at men’s Fashion Week or going behind the lens to photograph her friends, she DJs at the city’s coolest clubs and bars. 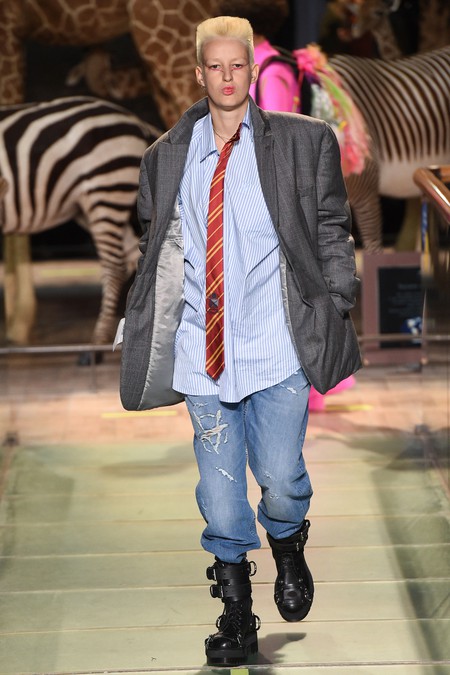 Androgynous and understated with an air of ‘too cool to care’, her style stays much the same from day to night. She rarely goes out before dark, she says… unless it’s to get coffee.

“Honestly, I’m not as impressed by the beauty of people’s clothes as I used to be. What I wear matches my mood. I think my outfits are more fun when I DJ than when I model.”

In one breath, she seems set on making the point that fashion doesn’t interest her, yet in the next she talks about the power of clothing. “You can tell a lot of stories with what you wear,” she says. Her go-to uniform is simple: her father’s torn T-shirt, ripped jeans and chunky Dr. Martens boots. She shops in vintage stores and prints pictures of her friends on her T-shirts. On the day of the interview, she adds a dog-collar necklace found at a market in Mexico.

Perhaps the story of this outfit is sentimental, but it is tied to a conscious rebellion against traditional femininity. “What is femininity?” she says. “I think it’s something that has invented itself completely and that doesn’t even exist. I have been mistaken for a boy, even at times when I’ve been extremely made up. It doesn’t bother me at all.” 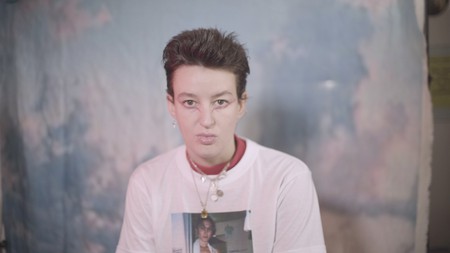 Although Diamant’s look contradicts anything stereotypically ‘French,’ it does capture the urban, underground aesthetic of the capital’s modern nightlife culture. “I think the girl in the sailor shirt with a baguette under her arm and a beret on her head hanged itself about five years ago,” she says. “I’m not sure Parisians are as stylish as you want to believe. They’re less daring than others, so they stay away from bad taste, but I find that sad.”

There’s a message behind her views on fashion that she relates to living as a gay woman in the city. “[Clothing] is about appearance, but I think it goes beyond that. It’s the best way to defend yourself from everyday life, no?” 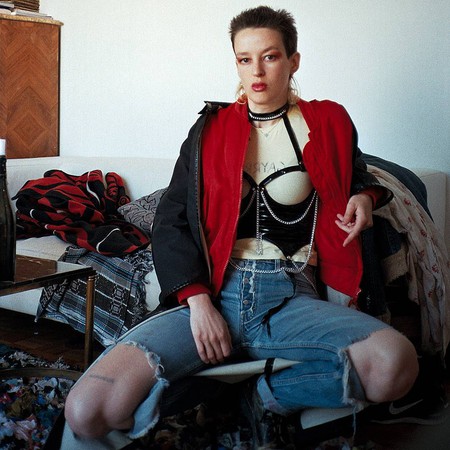 She has experienced homophobia since moving to Paris. “It exists every day,” she says. “But I think I have more worries about being a woman in general than about being gay.” She describes Le Marais, Paris’s renowned gay district, as being “often forbidden to girls, misogynist, transphobic and boring” so she keeps her friends and family close, involving them in her working life where possible. When she first hosted a club night in 2010 at Les Souffleurs, a gay dive bar in the area, she invited a group of her closest friends whom she calls “the little band of Parisian queerettes”.

“It’s important to be connected with your people,” she says. “I believe in the party because I believe in a shared state of happiness and madness and delirium. It’s about creating a moment to forget a bit of this darkness.”

When it comes to music, her mixes are as eclectic as her style. “I like music that’s a bit messy. When it’s badly mixed and it goes from disco to 8-bit to Japanese New Wave in a way that works. That’s what turns me on.”