The Man Behind The City of Lights: Baron Haussmann 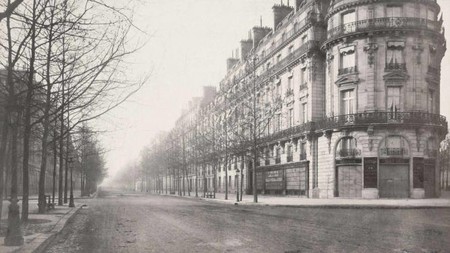 Boulevard Haussmann, circa 1853–70 I | © Charles Marville/WikiCommons

Before Haussmann got his hands on the city, Paris was drowning in disease, crime, and overpopulation. As Charles Dickens writes in his legendary novel, A Tale of Two Cities, Paris is described as “cold, dirt, sickness, ignorance, want.” These adjectives don’t describe the Paris we see today. Plans to change the layout of medieval Paris began in the late 18th century. After a cholera epidemic in 1832 that killed 20,000 people in Paris out of a total population of 650,000, French leaders began to realize just how out of hand disease in the capital city had gotten. New developments in medicine stated that fresh air and sanitation were imperative to remaining healthy. This meant that fresh water must be brought into the city, sewers must be redesigned, and the problem of overpopulation had to be solved. Despite the many who tragically lost their lives to disease, in just 20 years the population of Paris had skyrocketed from 785,000 in 1830 to over 1 million people by 1851. Most of these people were living in squalid conditions in the center of the city. It is in the mid-19th century that, finally, changes were to be made. 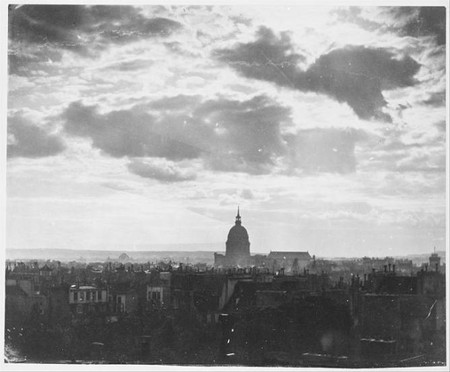 Cloud Study over Paris, circa 1856 I | © Charles Marville/Wikicommons

There are technically two people responsible for making Paris what it is today, and that is Emperor Napoléon III and Baron Georges-Eugène Haussmann. In 1848, Louis-Napoléon Bonaparte, nephew of the infamous Napoléon Bonaparte, won the first ever presidential election held in France with an overwhelming 74 percent. Napoleon made promises to end poverty and to improve the lives of the working class people in Paris, issues that really mattered to the French at the time. As soon as he was elected president, Napoléon began working to change the conditions in Paris. The now famous Rue de Rivoli needed completion and Napoleon also had dreams of constructing the Bois de Boulogne, a park in the west side of Paris inspired by Hyde Park in London. By the end of his term in 1852, Napoléon began to become frustrated that his plans for Paris were nowhere close to completion. Due to the new constitution, Napoléon was only allowed to serve one term but realized that this was not enough time and that he wanted to continue to be in charge. Prohibited from running again, Napoléon staged a coup d’état and seized power of France. He had his opponents arrested or exiled, and declared himself Napoléon III, Emperor of France.

Enter Baron Georges-Eugène Haussmann. Shortly after Napoleon regained power, he fired the current Prefect of the Seine and replaced him with Haussmann. Haussmann had been working in public administration in 1831, and was one of the many prefects interviewed for the position to aid Napoleon in the reconstruction of Paris. Napoleon’s advisors were very impressed with Haussmann, stating “I had in front of me one of the most extraordinary men of our time; big, strong, vigorous, energetic, and at the same time clever and devious, with a spirit full of resources.” Napoleon made him Prefect of the Seine in 1853, and immediately began to outline plans for creating a new and improved city. 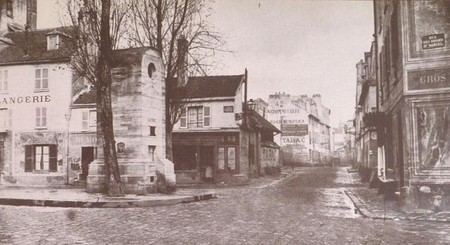 When Napoleon III declared himself emperor in 1852, he promptly began to work to change the layout of Paris. He encouraged the redevelopment during a public speech saying that, “Paris is the heart of France. Let us apply our efforts to embellishing this great city. Let us open new streets, make the working class quarters, which lack air and light, more healthy, and let the beneficial sunlight reach everywhere within our walls.” After Haussmann was appointed as the new Prefect, Napoleon gave him a map of Paris with instructions to give Paris open spaces, to unify and connect the city, and overall to make it more beautiful. In order to accommodate the thousands of Parisians that would be displaced by this huge overhaul, Napoleon also issued a decree annexing 11 communities that were surrounding Paris and increased the number of arrondissements from 12 to 20, forming what are the city limits of modern day Paris. 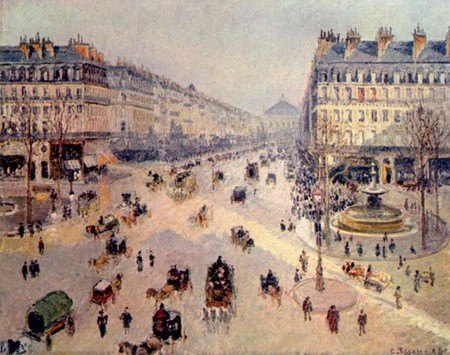 For most of Napoleon III’s reign, the center of Paris was essentially one massive construction site. Thanks to Haussmann’s plans, Paris looks the way it does today; with buildings required to remain the same height and to have the same, uniformed style. Haussmann is also responsible for the additions of two major train stations connecting Paris with the rest of France, the Gare de Lyon and the Gare du Nord. Les Halles, the giant indoor produce market that once sat proudly in the center of the city was also thanks to Haussmann. In addition to constructing new buildings and creating wide, grand boulevards, Haussmann also incorporated many new parks to give Paris the open spaces it so desperately needed. The four parks created are now a major part of the average Parisian’s lives, the Bois de Boulogne, Bois de Vincennes, Parc des Buttes-Chaumont, and Parc Montsouris.

Disease was flushed out, running water was installed, public parks were opened, and transport was improved during the 17 years Haussmann worked on the city. It’s obvious that Paris would not be where it is today without Baron Georges-Eugène Haussmann.