The Islands Of Paris: Rich But Contrasting Histories 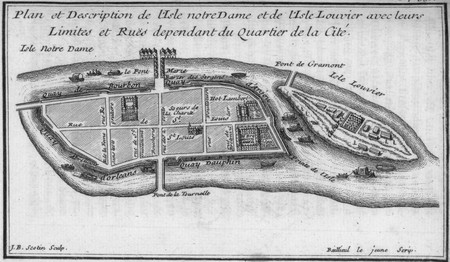 Map of the islands in the early 1700s | Courtesy of BnF

Since the origins of Paris over 2,000 years ago, Ile de la Cité and Ile Saint Louis have long been regarded as the beating heart of the city. Though separated by less than one-tenth of a mile, the two islands have, over the centuries, evolved remarkably rich and different histories. So step back in time with us, as we delve into the stories of the sister islands of Paris. 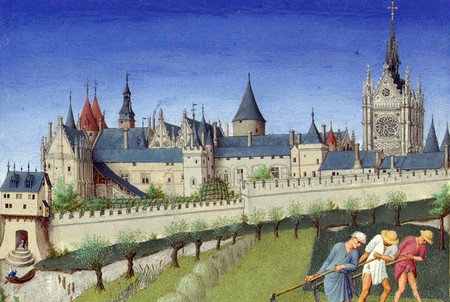 Île de la Cité: A Legacy of Power and Importance

The bustling Île de la Cité, the larger of the two islands, can be described in a series of ‘mosts’ and ‘firsts’: home to the first hospital in Paris, the Hôtel-Dieu; straddled by the oldest bridge in Paris, the Pont Neuf; features the most prominent Catholic landmark in the world, the Notre Dame Cathedral. However, these superlatives are not surprising if you consider the island’s religious and political importance throughout its long history.
Populated since at least 52 B.C., it once housed Julius Caesar’s Romans with a temple to Jupiter at the site currently occupied by Notre Dame. From that time on, Île de la Cité continued to develop as an important military and government center. However, a major turning point came in the 10th century when the first king of the Capetian dynasty chose the island as the seat of his royal government. This marked the beginning of 400 years of rapid development and beautification, with architectural accomplishments that people still marvel at today.
The most famous of these, of course, is the Notre Dame Cathedral, which started construction in 1163. Conceived during a time when Paris was rising in wealth and status, the cathedral was meant to welcome the kings of Europe and affirm the power of the city. A short distance away from Notre Dame is another medieval Gothic masterpiece, Sainte-Chapelle. The small but incredibly ornate chapel was commissioned by King Louis IX to house his collection of relics from the Passion of Christ, the most coveted of which was the Crown of Thorns. Finally, there is the Conciergerie, which, along with Sainte-Chapelle, was part of the original royal palace. Turned into a prison in 1391 after the seat of power moved to the Louvre, the Conciergerie had a prominent role during the Reign of Terror and has housed elite prisoners such as Marie Antoinette and Robespierre. 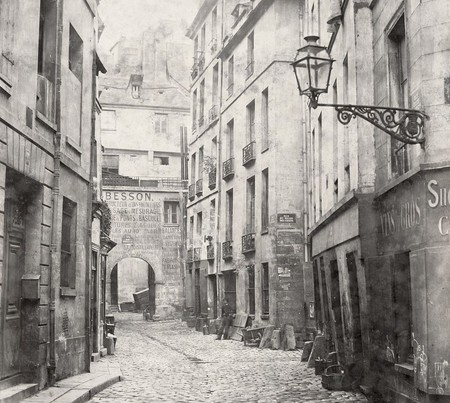 Despite the preservation of these important medieval monuments, it is striking that they stand in stark contrast to the wide streets and more modern look of the rest of Île de la Cité. This is because of the last man to leave his mark on the island, Baron Haussmann, whose work still defines the look of central Paris today.
By the 19th century, Paris suffered from overcrowding, disease and woefully congested streets, and nowhere was it worse than in the city’s heart, Île de la Cité. Thus, as part of Baron Haussmann’s massive public works project, he demolished the island’s crumbling medieval buildings and widened the narrow cobblestone streets. Though his radical transformation successfully improved the quality of life, it also indelibly changed the island. 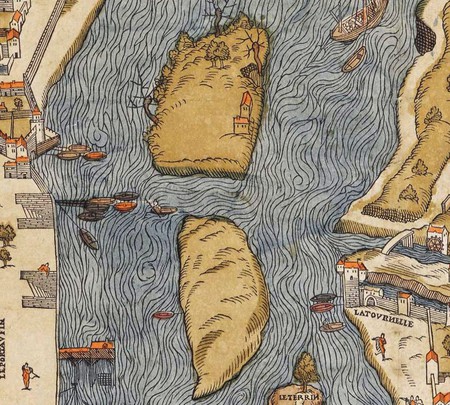 Île Saint-Louis: An Urban Oasis for the Wealthy

Île Saint-Louis, the smaller sister to Île de la Cité, has a very different look that is reflective of its distinct beginnings. Constructed in the early 17th century by the joining of two islets, the land had previously been so uninhabited that it was used for court-ordered duels and cow grazing. King Louis XIII and queen mother Marie de Médicis understood that this unused piece of land presented an excellent opportunity for urban planning and made it one of the first examples of such in France.
Public works engineer Christophe Marie designed Île Saint-Louis to be an oasis for the wealthiest Parisians. New innovations included streets built along a grid, the use of fireproof stone and slate and houses that faced outwards rather than towards an inner courtyard. The best architects of the time lined up to create posh residences such as Hôtel Lambert and Hôtel de Lauzun for the elite. Île Saint-Louis maintained this exclusivity for around one-and-half centuries. However, after the French Revolution, the well-healed residents abandoned their mansions, which were then divided into apartments and artist ateliers. Rather than wealthy bankers, the 19th century saw the island inhabited by notable artists such as painter Emile Bernard, poet Charles Baudelaire and sculptor Camille Claudel.
Finally, in the 20th century, another important resident helped define the Île Saint-Louis of today. No, it was not Baron Haussmann who left Île Saint-Louis mostly untouched. Instead, it was Raymond Berthillon who created his celebrated artisan ice cream shop in 1954. This veritable institution drew Parisians and tourists to the island and helped attract the excellent fromageries, boucheries and boulangeries that can found there today. 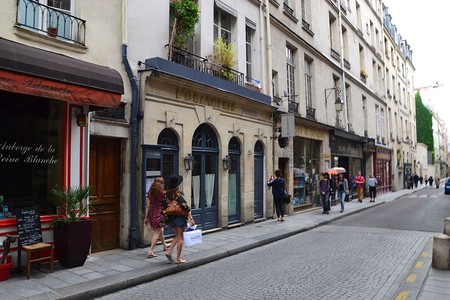 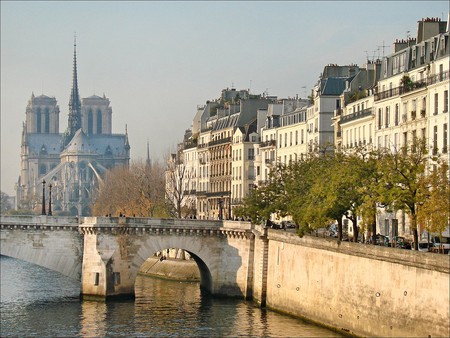 The Islands Today: A Confluence of Past and Present

Both the look and history of Île de la Cité and Île Saint-Louis are filled with surprises. One went through many incarnations – from home of royalty to squalid parish to finally one of the most-visited places in France. The other was born 1700 years after its sister, and yet is filled with old-world charm. Next time you are on the islands, look around and take in the evidence of its fascinating histories. And then celebrate its today with luscious pear and chocolate sorbet from Berthillon.