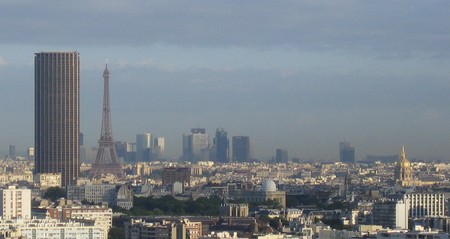 The Three Bastards of Paris – The Pompidou, the Pyramide and the Tour Montparnasse – are all popularly considered the ugliest buildings in the city. These may never be considered tasteful additions to The City of Lights and each lacks a certain respect for its surroundings and history. But alas, it seems a waste of time and energies, dear reader, to devote this article entirely to negativity. Instead we shall power on and try our hardest to find beauty in these most obnoxious creations. 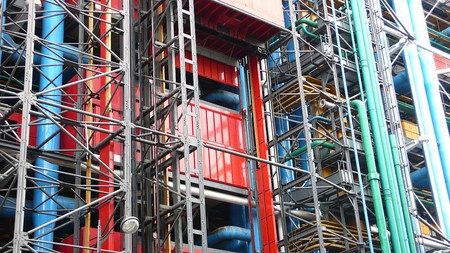 Pass through Paris’s Beaubourg district and you may notice a great deal of construction work taking place around the building that houses the Bibliothèque publique d’information and Musée National d’Art Moderne. Pass by it frequently and you may begin to notice that the project is progressing at a snail’s pace. And where are the workers? Look into it any further and you’ll realize that this is not some haphazard construction site covered in scaffolding with a crew on perpetual strike, but a masterful work of postmodern architecture (while admittedly, looking absolutely crass and tasteless).

The Pompidou, which opened its doors in 1977, is a world class example of high-tech architecture. The high-tech movement, also known as late modernism or structural expressionism, appeared in the 1970s and was far more bold and futuristic than the comparably conservative school of modernism that it revamped and built upon. At the same time, it was very practical and the look of exposed nuts, bolts and machinery was intended to be as practical as it is jarring to behold.

Admittedly, many hated it at first sight and a sizable number still do. But so too did those who first beheld the Eiffel Tower. Maybe the people don’t know what’s good for them. And besides: who cares what the people think, with all that art? 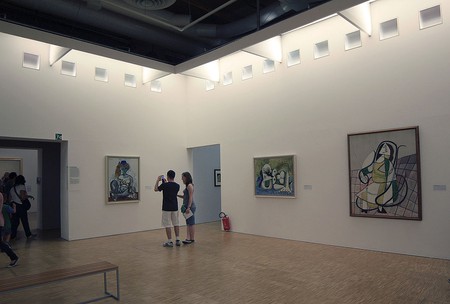 Constructed by Chinese-American architect I.M. Pei in the 1980s, the Louvre Pyramid, a steel structure with 673 panes of glass (666 according to conspiracy theorists and Dan Brown fans) has become as iconic a symbol of Paris as the Arc du Triomphe. Still, it retains a place in the popular consciousness as the monument that Parisians love to hate.

The controversy surrounding the pyramide is largely based in the idea that it sullies the beauty of the Louvre as it was meant to look, and therefore it is mostly a sticking point with older generations who remember a time before the pyramide’s existence. Seen at the time of construction as the foolish vanity project of then president François Mitterrand, it was often referred to as Pharaoh François’ Pyramid. Many felt by juxtaposing such an aggressively modern structure right in the middle of a classic complex of French renaissance architecture was akin to sacrilege. 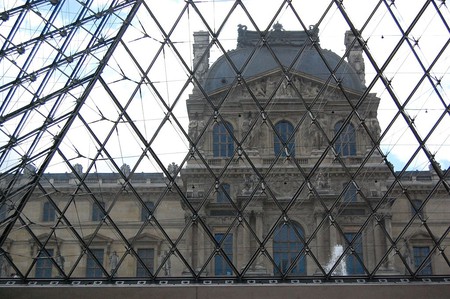 These people, however, know nothing of the history they claim they wish to protect. The Louvre, for nearly 700 years from the 12th Century until 1793, was one of the many lavish palaces of the French Royal Family. The year before, the impoverished masses, who had recently risen up against the plump aristocracy, finally suceeded in deposing the royal family. In the spirit of revolution, they held out to the philosophy of “out with the old, in with the new” and decreed that the former royal palace would be totally renovated, with King Louis XVI’s head swiftly separated from his body, (thereby teaching the world that was something they could do) and these formerly private halls filled with hundreds of paintings and sculptures confiscated from wealthy émigrés, the Catholic Church and, most of all, from the royals themselves.

La Pyramide du Louvre, in this grand tradition, reminds us that revolution is a never-ending process and that every generation has its kings it must depose, its assumptions it must prove false and its sensibilities it must disgust.

Fifty-nine floors, two-hundred and ten meters tall, nearly ninety-thousand meters of floor space, the Montparnasse Tower is so gigantically, colossally big that you might be forgiven for not noticing how ugly it is, were it not for the fact that … oh, come on! Look at it! With its dark coloring, wide, boxy shape and excessive height, it dwarfs everything else in the Montparnasse neighborhood. It sticks out like a sore thumb and casts a long and oppressive shadow over all the perfectly sweet little buildings that are just doing their thing and trying to be functional places of residence or commerce. 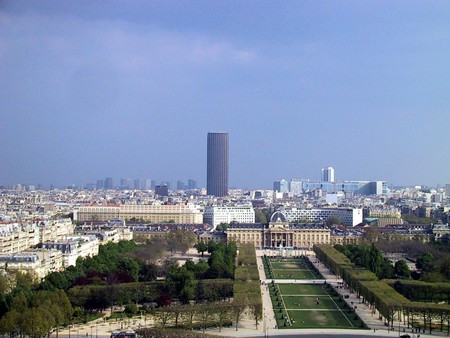 Not only does this vile monolith totally sully and degrade the neighborhood in which it sits, but it has the temerity to, by nature of its aforementioned towering awfulness, ruin everyone else’s time all over the city too. If you’ve ever tried to take a picture of the Eiffel Tower you will have had to play the balancing act of finding a way to photograph the symbol of Paris without accidentally catching the awful shoebox that it came with.

However, there is a silver lining. While the spectre of the Montparnasse tower haunts the Paris skyline from nearly any other angle, should you choose to enter into the building itself and take the elevator (which has the distinction of being the fastest in Europe, apparently) to the top floor observation deck, you will have the opportunity to view the city from the greatest possible vantage point (i.e. the only one from which you cannot see the Tour Montparnasse). And the views are, in fact, quite stunning. 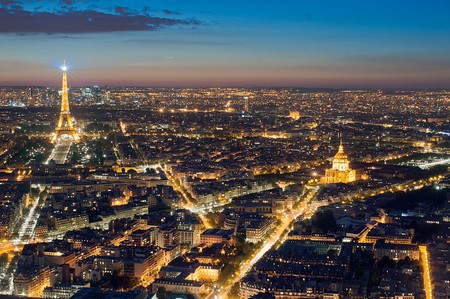 ©Getfunky/Wikimedia Commons
Give us feedback