The History Of The Musée d’Orsay In 1 Minute 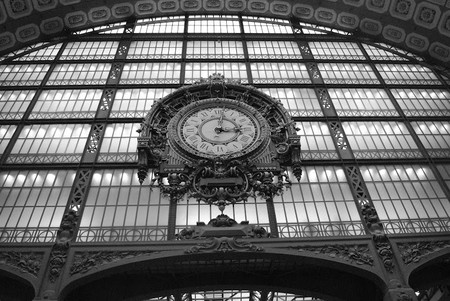 Originally a train station and hotel built for the 1900 Universal Exposition, the Musée d’Orsay building is just as beautiful as the works of art it houses. The museum displays artworks from 1848-1914, and its permanent collection spans over four floors and includes paintings, sculptures, furniture, and photography. Discover more about the history of this museum below.

Like many of Paris’ iconic museums, the Musée d’Orsay has a long history before it ever became a museum. From 1900-1936, all trains headed southwest out of Paris departed from the d’Orsay train station. Eventually, the station became too old fashioned for the newer models of trains. Consequently, the station became reserved for suburban city trains – there is still an active stop on the RER underneath the museum. As Europe descended into World War II, the station became a mailing center for sending packages to prisoners of war. Long after the War, in 1975, the Direction des Musées de France agreed that there must be a new museum to represent the arts from the second half of the 19th century.

Coincidentally, as this decision was reached, the d’Orsay faced the possibility of destruction. Thanks to a renewed interest in 19th century architecture, and a need for a new museum space, the building was repurposed. In 1978, the building was classified as a historical monument and a civil commission was created to oversee the construction of the museum. The building was then renovated in order to correctly house the artworks that were to be displayed there. The beautiful 19th century architecture of the station was left intact. The new Musée d’Orsay was opened to the public by French President François Mitterrand in 1986. 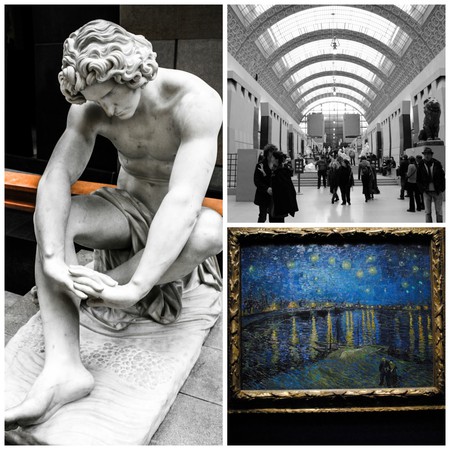 The Musée d’Orsay houses art from the second half of the 19th century. The collections include pieces by famous artists such as Delacroix, Ingres, Rodin, Van Gogh, Gauguin, Cézanne, Monet, Manet, Degas, and Renoir. Neoclassicism, romanticism, impressionism, expressionism, art nouveau, historical paintings, and naturalism are some of the types of art that can be found in the museum. Since its opening, the museum has seen nearly 87 million visitors.

With 4 levels, a terrace, a restaurant, and shop it is easy to spend hours at the Musée d’Orsay. The Musée is located on the Left Bank of The Seine, directly across the river from The Louvre museum and The Tuileries gardens.