The History Of The Grand Palais In 1 Minute 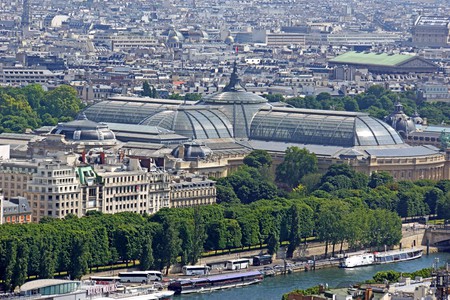 Located in the 8th arrondissement, directly adjacent to the famed avenue Champs Élysées, the Grand Palais is hard to miss with its Beaux-Arts style architecture and immense glass ceiling. Construction began on the building in 1897 in preparation for the 1900 Universal Exhibition. Today, the Grand Palais is a historical site, an exhibition hall, and a museum. Read on to learn more about this Parisian landmark.

Many structures built for the Universal Exhibitions of the 1900 were torn down after the completion of the fair, but the Grand Palais was spared. For Europe in the late 19th century, these world fairs were a gathering point for all of the continent to come together and reveal their latest innovations and inventions. Construction of the massive building took three years with 1,500 workers. The appearance of Art Nouveau was ever-present at this exhibition, and the Grand Palais was no exception. The outside of the structure features Art Nouveau-style ironwork and work by prominent sculptors such as Alfred Boucher and Camille Lefèvre. 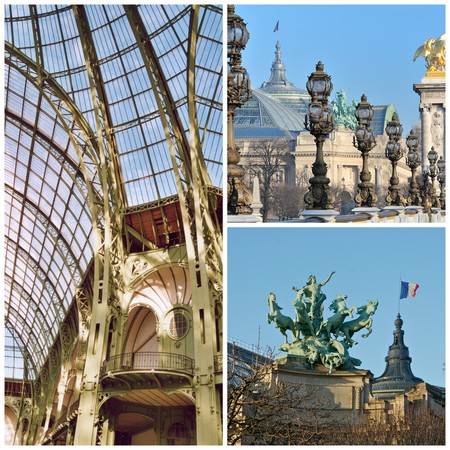 After the completion of the Grand Palais, it immediately began to be used as an exhibition space. The showcases were mostly dedicated to modern innovations, such as the automobile, aviation, and household appliances. The famous Salon d’Automne, an annual art exhibition that began in 1903 with works from artists such as Pierre Bonnard, Albert Glees, Henri Matisse, and Albert Marquet. Notably, the first Matisse retrospective after his death was held at the Grand Palais.

During the World War I, the Grand Palais was used as a military hospital, and during World War II, it housed two Nazi propaganda exhibitions. As Paris was being liberated at the end of WWII, the Parisian resistance set up their headquarters in the building.

The Grand Palais was given historic monument status in 2000, which enabled the French government to move forward with renovation plans that were desperately needed. While progress has been made, the Palais is still currently undergoing restoration.