The History Of The Centquatre In 1 Minute 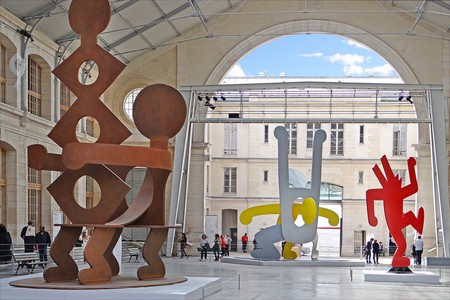 The Centquatre, named after its address at 104 rue d’Aubervilliers in the 19th arrondissement, is a vast cultural center, historic monument, and a wondrous example of urban renewal in one of Paris’s relatively deprived neighborhoods. With over 25,000 square meters of usable exhibition space, it is home to 200 artists in residence and is capable of welcoming 5,000 visitors at a time to its multidisciplinary workshops and events.

Now the beating heart of cultural life in the northwest of Paris, for over 120 years the building housed the city’s dead as they were prepared for burial. In 1870, the Archbishop of Paris established a funeral service on the site and commissioned architects Delebarre and Godon to construct an undertaker’s on an industrial scale, the size, in fact, of Place de la Republique. Its style is similar to that of train stations and exhibition halls built at the time: a cast-iron frame, solid stone walls, and vaulted glass ceilings. In its early days, the building housed – in addition to a mortuary, a coffin repository, and the shops of associated trades – some 300 horses, 100 funeral chariots, and 80 hearses which, as time wore on, became 150 vans and 92 saloon cars. At its peak, 1,400 people worked on the site. 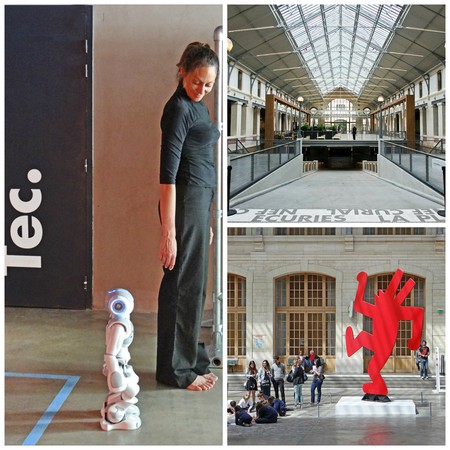 However, after the privatization of the sector in 1993, the activity at the site declined rapidly and it was closed in 1998. It was soon thereafter earmarked as an urban renewal project by the Paris City Hall. In 2003, the redevelopment contract was awarded to Atelier Novembre, a Paris-based architectural practice, whose proposal best honored the unique character of the property. The €110 million renovation was funded entirely by the city, as are 75% of its annual €12 million running costs.

On October 11, 2008, the Centquatre was unveiled in its reincarnated form. In addition to its artists’ studios and exhibition spaces, it has two screening rooms, numerous restaurants and bars, gardens, a bookshop and a business incubator for social and cultural enterprises. The Centquatre is part of a network of similar projects including RadialSystem V in Berlin, Zone Attive in Rome, and Matadero Madrid.