The History Of Paris’ Canals In 1 Minute 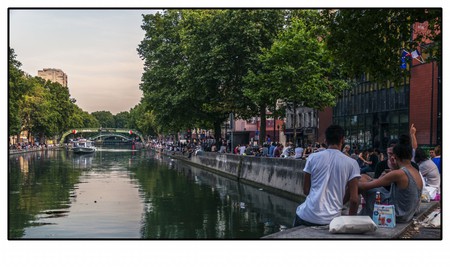 Best-known today as a prime spot for sharing an apéritif with friends, Paris’ canal system has a long and surprisingly practical history as the city’s primary source of potable water. However, wine has naturally always played a key part: the canals’ construction was allegedly funded by a tax on the beloved beverage.

Running over 100km combined, Paris’ two largest canals run along the entire east half of the city. Although it rings in at a mere 4.5km, the Canal Saint-Martin occupies prime real estate, stretching from the Seine at Port de l’Arsenal up to the Bassin de la Villette, the largest artificial lake in Paris. There, it joins the much more extensive Canal de l’Ourcq, which winds its way through the La Villette neighborhood deep into the communes North-East of the city.

While the River Ourcq has been used since the 16th century to transport firewood to Paris, it wasn’t until 1802 that the canals as we know them began to form. After construction delays related to the political turmoil of the period (namely, the fall of Napoleon and the subsequent Bourbon Restoration), the canals were finally inaugurated in 1825. For the next hundred years or so, the canals’ primary functions were to provide potable water and to facilitate the transport of food and materials into the capital, and by the mid-19th century, the banks of the canals had become populated with factories and warehouses to handle the influx of goods. 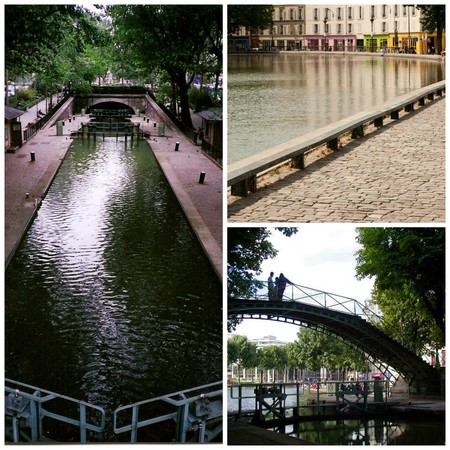 As Paris’ road and water systems improved and the city’s population grew, the site began its slow transformation into the bobo paradise it is today. Now surrounded by a plethora of charming restaurants, cafés, bars, and shops, the canals themselves see more leisure-based traffic like tour boats, rowers, and even some adventurous fishermen — and of course throngs of hip young Parisians picnicking along its banks and tourists posing on the picturesque iron bridges made famous in Amélie.

The canals are also home to a few of the city’s more interesting public space projects. Thanks to ‘Paris Respire, cars are prohibited in the area every Sunday during the summer, and every July and August, parts of the canal banks are transformed into a public beach for ‘Paris-Plage,’ complete with imported sand, umbrellas, and beach chairs.