The History Of Longchamp Racecourse In 1 Minute

The Longchamp Racecourse, located within the beautiful surroundings of the Bois de Boulogne, is one of France’s most prestigious tracks. At the park’s westernmost edge, the 57-hectare complex overlooking the Seine is capable of holding a crowd of 50,000 people and hosts half of all top-tier French horse races each year. The most highly anticipated event of the calendar, the Prix de l’Arc de Triomphe, is held on the first weekend in October and attracts the fastest horses and fattest wallets from around the world.

On Sunday April 27th, 1857, a massive crowd, including the Emperor Napoleon III and his wife, Eugénie de Montijo, gathered to watch the track’s first day of racing. The royal couple had made quite the entrance by arriving at the venue in a yacht which had cruised down the Seine. In its early days, the better viewing boxes were reserved exclusively for the aristocrats of the world, including racing enthusiasts Prince Murat of Nassau and Prince Napoléon Bonaparte. 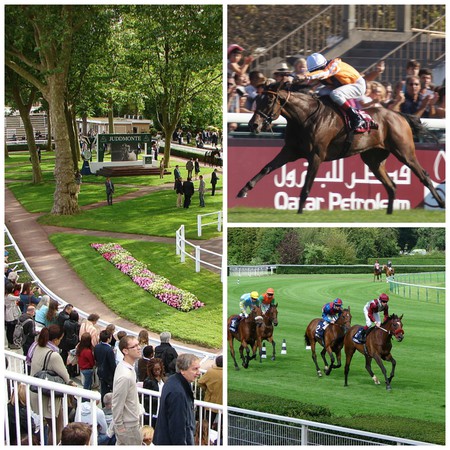 Longchamp is the subject of numerous impressionist artworks. Some of the most famous depictions are Édouard Manet’s ‘The Races at Longchamp’ from 1867 and the similarly named ‘Race Horses at Longchamp’ by Edgar Degas in 1871. Up until 1930, it was by the river that most people came to Longchamp, just as the royal couple had done on its opening day, in steamboats and the like. During the Second World War, the racecourse continued to operate. Indeed, it was popular with the German officers occupying Paris at the time.

Today, the venue is used for flat racing and is known for its interlaced tracks, ranging from 1,000 to 4,000 meters with 46 different starting points, and its tough upward stretch, which pushes the thoroughbreds to their limits. Longchamp Racecourse closed on October 5th, 2015 for a two-year renovation and should reopen in time for the Prix de l’Arc de Triomphe in 2017.