The History Of Galeries Lafayette In 1 Minute 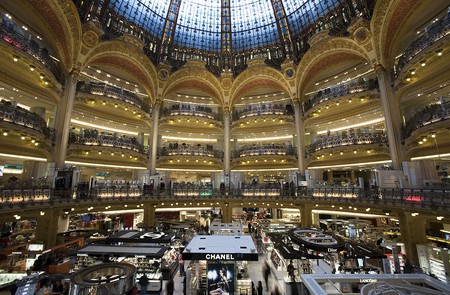 It all started in 1893, when cousins Théophile Bader and Alphonse Kahn decided to establish a novelty store in a small notions store in the corner of rue La Fayette and rue de la Chaussée d’Antin. Out of its location, the store was given its first and famous name ‘Aux Galeries Lafayette.’ If the challenge seemed audacious, the store’s location was ideal: the small store benefited from its proximity to Opera Garnier and the Grands Boulevards. Quite close to the famous Saint-Lazare train station, as well, the store benefited from the daily crowd that arrived to Paris in search for the capital’s best stores. 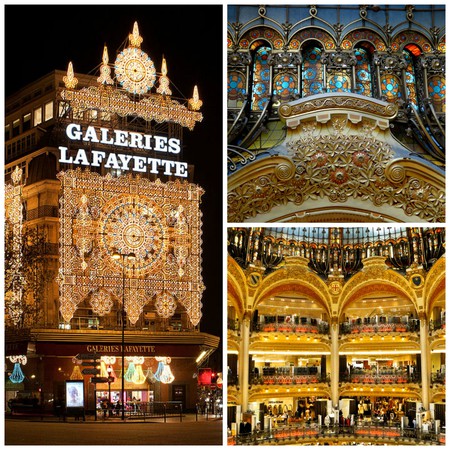 In 1896, what had started out as a tiny store became a gigantic department store when the cousins bought the entire building on 1 rue La Fayette (four other buildings that were annexed seven years later). After years of refurbishment, the grandiose Galeries Lafayette was officially inaugurated on October 1912. Théophile Bader dreamt of a ‘luxury bazaar’ where the abundant and luxurious merchandise made everyone turn to look around. A golden light, diffused by the majestic dome, would flood the great hall and make every single product sparkle. The bet had been won.

Ferdinand Chanut gathered only the best artists from the École de Nancy, who were to be in charge of the décor of this magnificent building, now considered a monument representative of the Art Nouveau movement. The ramp of the central staircase, inspired by the one in Opera Garnier, was designed by Art Nouveau architect Louis Majorelle. The breathtaking, neo-Byzantine dome, which is 43m high, was conceived by glass artist Jacques Gruber and quickly became the symbol of Galeries Lafayette. The famous window displays started playing an important role in the theatralization of stores; their aim was to awaken all envies, desires, and possibilities.

The surface rapidly doubled: on top of the 96 different departments, a tea room, a reading room, a fumoir and a terrace with a panoramic view of Paris are incorporated to the building… shopping became a lavish leisure activity.