The History Of Champagne In 1 Minute 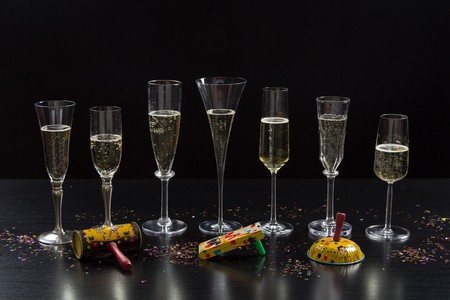 Champagne has never been more popular. In 2015, France exported a record 4.75 billion euros of the sparkling wine, with the United Kingdom receiving more than any other nation. So how did the bubbly beverage from the northeast come to star in wedding toasts, podium finishes, and New Year’s parties around the world?

It was the Romans who first introduced viticulture to the Champagne region, and it soon became clear that the colder climate and well-draining, chalky soil (the product of prehistoric earthquakes) made the wines produced here, including chardonnay, pinot noir, and pinot meunier grapes, particularly delicious.

In a Benedictine monastery near the village of Epernay, towards the end of the 17th century, there lived a monk named Dom Perignon. While not the inventor of champagne, as is sometimes claimed, he did transform its reputation. Prior to his intervention, bottles of champagne were apt to explode due to excessive fermentation, causing a nasty domino effect in wine cellars. By standardizing production methods and creating thicker bottles and rope snare cork holders, he eliminated these incidents. 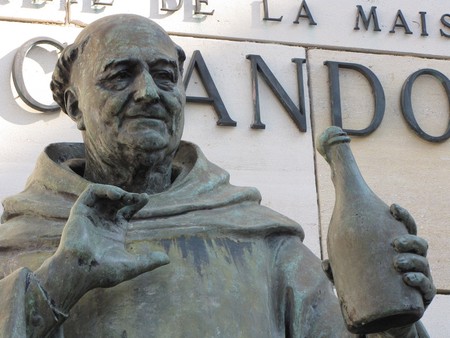 Following Perignon’s death in 1715, the champagne industry started to take shape. Louis XV permitted its bottled transport in 1728, and one year later, Ruinart established the first Champagne house, followed by the House of Moët in 1743. By the early 19th century, champagne was being drunk in all the finest palaces of Europe. Its popularity quickly spread downwards through society, and in 1853, production hit 20 million bottles – a 6,500 percent increase in just 50 years.

The region survived heavy bombardment during the First World War, and for a time, the champagne cellars under Reims provided shelter to the city’s residents. In the 1920s, Bollinger, Irroy, Mumm, and Joseph Perrier went into operation. However, the combined impact of the Bolshevik Revolution in Russia, Prohibition in the United States, and the Great Depression was disastrous. 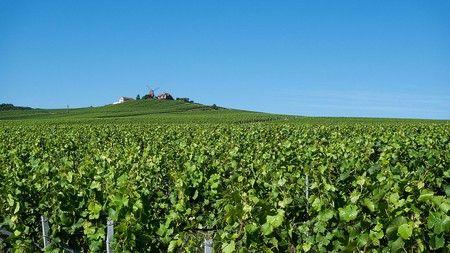 Come the time of the Second World War, Robert-Jean de Vougë, head of Moët & Chandon, presented himself as an industry leader. He negotiated with the Nazis to form the Comité Interprofessional du Vin de Champagne, an organization which has been safeguarding production ever since.

Between 1945 and 1966, champagne sales quadrupled. The following year, Dan Gurney and A.J. Foyt won the 24 Hours of Le Mans race and, spontaneously, sprayed their winners’ bottles of champagne into the crowd. A new tradition was born.