Cinema ©Nicolas Buffler
The French New Wave was a group of trailblazing directors who exploded onto the film scene in the late 1950s; revolutionising cinematic conventions by marrying the rapid cuts of Hollywood with philosophical trends. Lindsay Parnell explores how this group of young directors reshaped cinema.
With an emphasis on invigorating cinematic narrative, French New Wave Cinema rejected traditional linear tropes of storytelling and created a new language of film. Inspired by both depictions of the common, lower class workers of Italian Neorealism and Hollywood’s beloved ‘Golden Age’, the French New Wave became a vibrant influence on international cinema which is still being felt today.

Originating from the artistic philosophy of ‘auteur theory’; a concept that acknowledges film as a product of the director’s absolute imaginative and inspired aesthetic vision, New Wave filmmakers inspired the cult of the director as artistic icon on a par with writers and painters.

The philosophical importance of the French New Wave, and their role in the development of a theory of film, was in large part due to one of the movement’s most influential and pivotal creators, André Bazin. Bazin, a theorist of cinema and renowned film critic, was the founding father of the French movie magazine Cahiers du Cinéma. 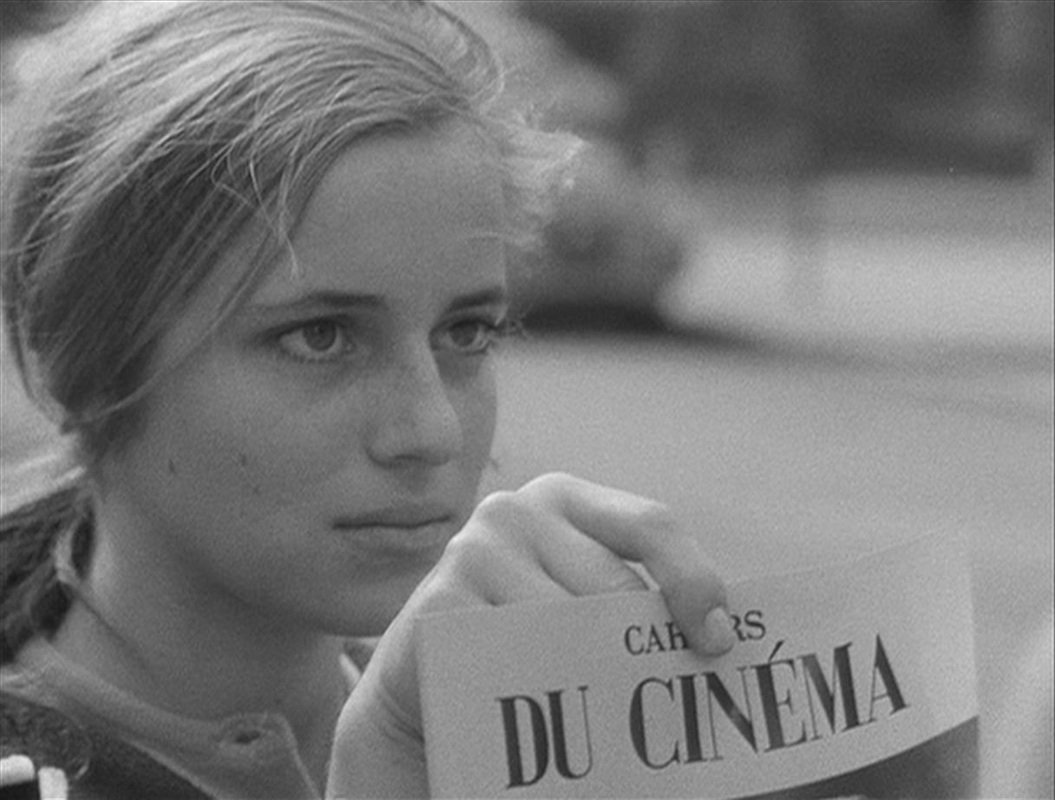 Its initial publication in 1951 marked a crucial moment in the lives of many acclaimed French screenwriters and directors. In his belief in film as a highly intellectual art, Bazin was a meticulous academic of film who believed that cinema was far more than popular entertainment. Bazin’s emphasis on the crucial role of a director, the artistic creator who implements his or her own aesthetic and narrative vision to the screen was debated, interrogated and explored in various articles of Cahiers du Cinéma, specifically in an essay published in 1954 by François Truffaut titled, A Certain Tendency in French Cinema.

A cinephile from childhood, François Truffaut’s passion for film shaped his life entirely. Working intimately with close friend and fellow film philosopher Bazin, François Truffaut was a critical presence in Cahiers du Cinéma. Truffaut worked tirelessly as a ruthless film critic and academic before embarking on filmmaking himself. He was also greatly influenced by Hollywood film, specifically the work of Alfred Hitchcock, whom he revered.

Truffaut’s full length feature debut The 400 Blows (Les Quatre Cents Coups), released in 1959 and one of his most stirring films, tells the story of a neglected Parisian boy who experiences the hardships of life at a very young age. This deeply autobiographical film set the tone for much of Truffaut’s later work and established him as a deeply humanistic and elegiac director. 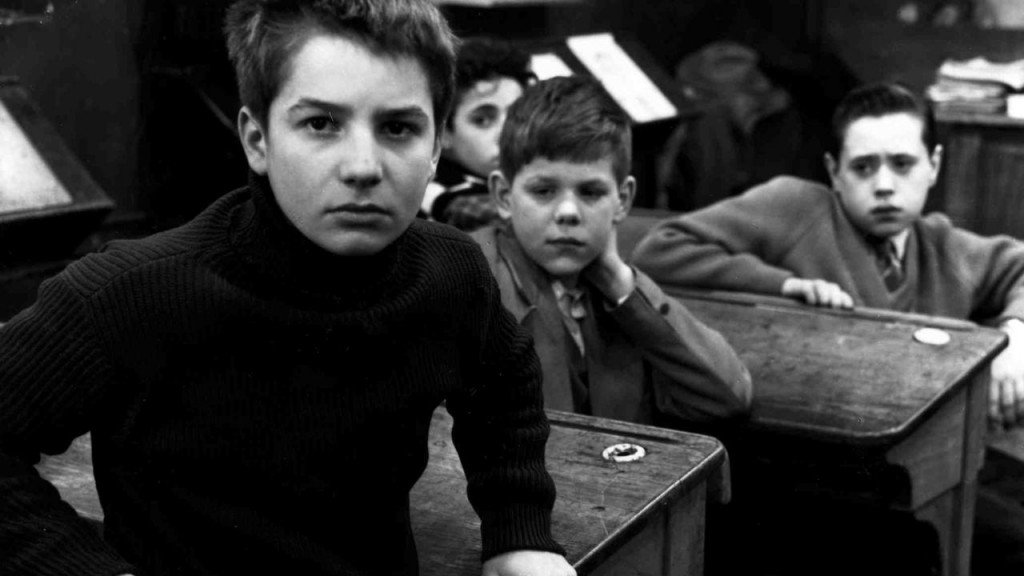 One of his most successful films was Day for Night (La Nuit Américaine) which won the award for Best Foreign Film at the Academy Awards in 1974. In Day for Night Truffaut chronicles the disastrous, seductive, destructive and awe-inspiring antics that take place on a film set during production of fictional film Je Vous Presente Pamela. Truffaut’s canon features a wide range of cinematic endeavors including a film adaptation of Ray Bradbury’s novel Fahrenheit 451, Truffaut’s only English language film.

Alain Resnais never associated himself with the nouvelle vague movement, choosing instead to surround himself with writers such as Alain Robbe-Grillet and Marguerite Duras. In fact, Duras wrote the screenplay to Hiroshima Mon Amour (1959), Resnais’s most famous work that not only questioned, but ultimately broke with linear storytelling, blurred characterisation and jumped between plots and subplots, memories and fictions. 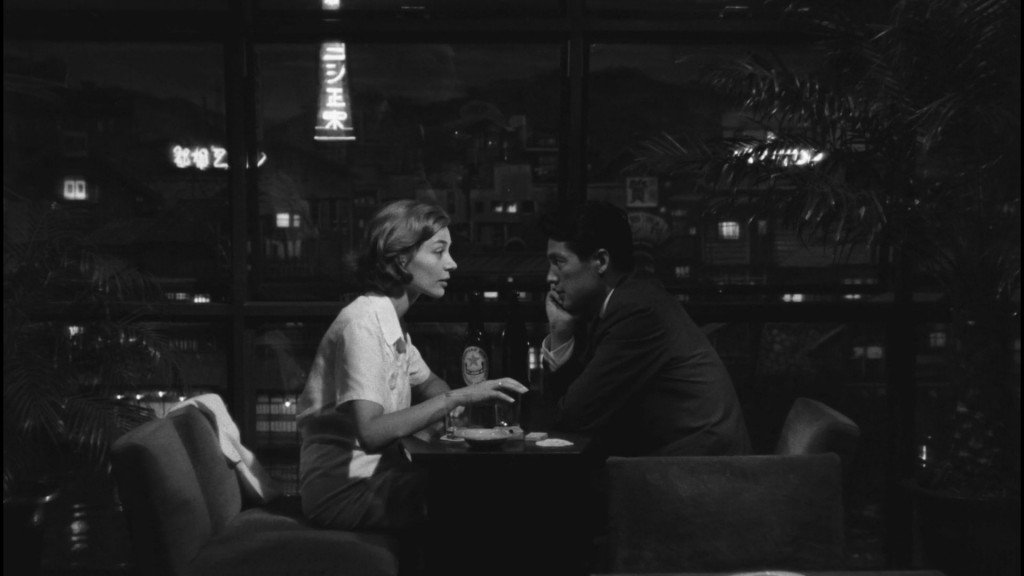 Two years after Hiroshima Mon Amour and its resounding success, Renais worked with Robbe-Grillet on another masterpiece that combined literature and cinema: Last Year in Marienbad (L’Année dernière à Marienbad, 1961). The production signalled a revolution in the art of filmmaking; the film’s narrative technique, at once perfectly lucid and completely impenetrable, pushed the boundaries of the medium while diving into more complex, epistemological questions about the nature of fiction, belief and perception. Resnais died on 1 March 2014, aged 92, leaving behind a cinematographic legacy that is both inspiring and impossible to imitate.

A favorite among international film festivals and a former editor of Cahiers du Cinéma, Éric Rohmer (born Maurice Henri Joseph Schérer) was a truly gifted storyteller whose talent transcended form and led to successful careers in academia, journalism and fiction writing in addition to his critically acclaimed films. 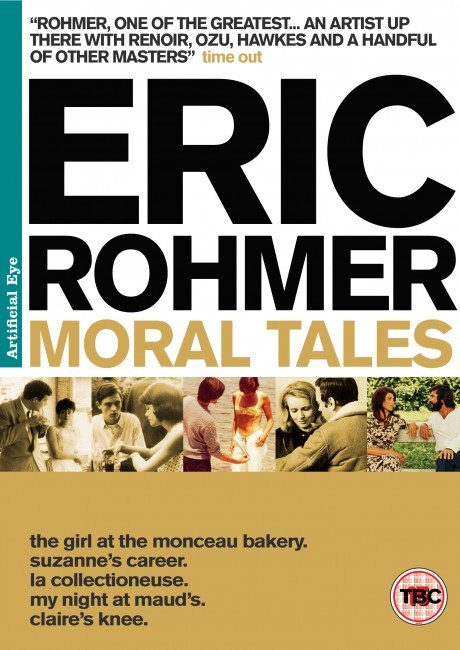 Rohmer’s films are known for their postmodern illumination of the narrative process. Rohmer’s early career of film shorts eventually led to his directorial debut (which earned him a Best Foreign Film Academy Award Nomination) 1969’s My Night at Maud’s (Ma Nuit Chez Maud), the story of a pious Catholic whose spiritual and personal life are greatly altered after moving to a small town. Claire’s Knee followed in 1970, a story of seduction, sex, love and one man’s passionate urge to touch the knee of a young woman. Rohmer is also responsible for two series of films, Six Moral Tales and Comedy and Proverbs, all of which have become modern classics of French cinema.

Much like his fellow New Wave members, especially Rohmer, Claude Chabrol established himself as a respected philosophical film academic before embarking on a filmmaking career. Chabrol experienced great commercial success in films that proved to be accessible to a mainstream audience without sacrificing narratives of great intellectual weight. 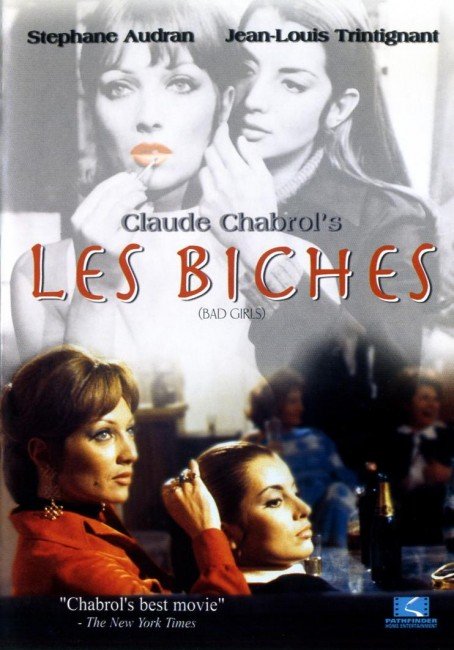 Often noted as the group’s most abundantly productive member (directing, writing or producing at least one film, if not multiples, each year of his 50-year career), Chabrol’s formal directorial debut 1958’s The Handsome Serge (Le Beau Serge— the story of an unexpected homecoming and two friends who struggle to accept the harsh emotional circumstances of their adult lives) introduced its director as not only a devout disciple of Alfred Hitchcock, but an innovative filmmaker whose true craftsmanship is displayed in each and every frame of his films.

Although he dismissed Truffaut and Bazin’s notions of ‘auteur theory’ in the later years of his esteemed career, Jacques Rivette was greatly inspired by his fellow writers and directors in the New Wave movement. Known for films featuring free flowing narratives, Jacques Rivette is a legend of modern French cinema.

His debut, 1961’s mystery Paris Belongs to Us (Paris nous Appartient), was initially dismissed, although it is now considered a critical success in its depiction of a group of strangers who convene under peculiar circumstances at a party in Paris. Rivette continued his cinematic preoccupations with twisting mysteries in 1974’s Celine and Julie Go Boating (Céline et Julie vont en Bateau). 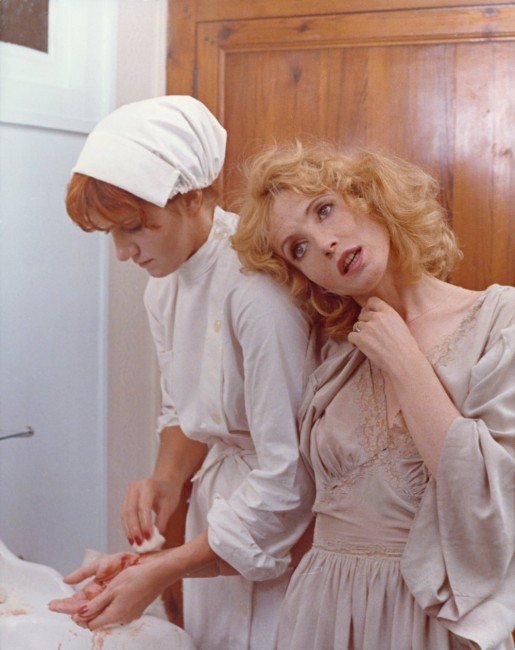 Rivette’s most celebrated film, both critically and commercially, was The Beautiful Troublemaker (La Belle Noiseuse), first released in 1991.

Perhaps the French New Wave’s most notable international figure is Jean-Luc Godard, a visionary of film both in France and abroad. In addition to being an accomplished screenwriter and director, Godard was also a highly respected critic of film.

Admired for his inventive experimentation with both technical and thematic aspects of film (a passionate rejection of ‘traditional’ French cinema’s stories of the aristocracy), Godard’s film career started with his involvement with Cahiers du Cinéma as one of the publication’s first and most celebrated contributing writers. His full-length feature debut came with 1960’s À Bout de Soufflé (Breathless); a pop-culture inspired narrative told in a truly revolutionary style. 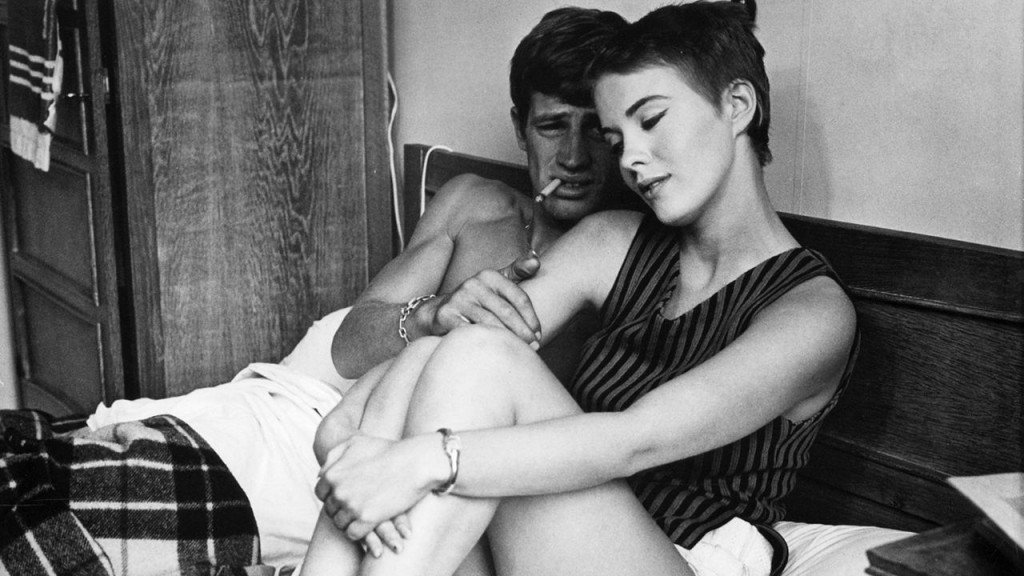 Breathless is a metropolitan romance (between a recent murderer on the run with a girl) set within the urban landscape of Parisian streets. The feature film introduced Godard as a truly innovative force within film. His films emphasize the presentation of story, more than the story itself, much like Bazin’s notes on audience perception of a film. 1964’s Band of Outsiders (Bande à Part), a mischievous and flirtatious turn for Godard, is the story of a trio of hopeless crooks planning a heist. Weekend, released in 1967, features the often bizarre occurrences that plague a married couple in what they thought would be a peaceful weekend to the countryside.

Godard’s most recent release, 2010’s Film Socialisme, is a cinematic orchestra of sorts, featuring various characters, narrative strands and themes beautifully interwoven in a story interrogating equality and intimacy of the human condition.

The works of all the French New Wave directors remain fresh and potent today, displaying a postmodern playfulness, and a surfeit of ideas which other filmmakers still struggle to replicate. Although there had been many classic French films made before the New Wave, it was these directors who established France as the centre for cinematic innovation and art house film, something which remains true even today.