The French Love Of Horsing Around 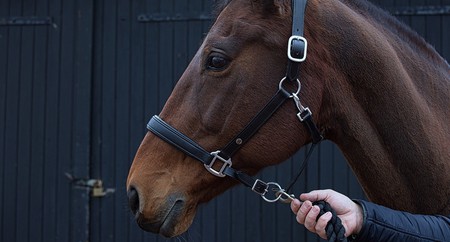 As the Paleolithic cave paintings at Lascaux show us, the relationship between the French and horses has been millennia in the making. With these majestic animals, France has fought wars, first defending itself from an advancing empire and then establishing one of its own, developed equestrian sports and multi-billion euro industries to match, and, all the while, prizing their meat as a national dish.

By the time Julius Caesar arrived on what would centuries later become French soil, the Celtic tribes of Gaul had raised one of the most advanced cavalries in the world. Though unable to halt the expansion of the Roman Empire, Vercingetorix and his band of Gallic horseman, mounted on ancient breeds like the Camargue from Provence, were able to inflict bruising setbacks, such as at the Battle of Gergovia in 52 BC. After their defeat, elements of Celtic culture, like the horse goddess Epona, were even integrated into Roman mythology. 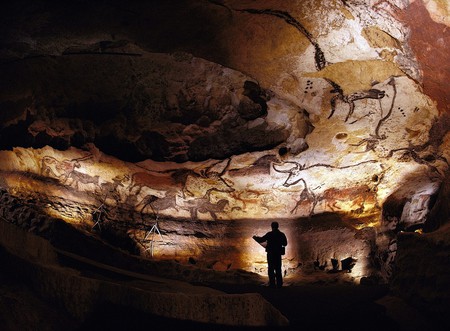 Flash forward 1,600 years and horse breeding had become a national obsession, one closely regulated by royal decree. In 1665, Louis XIV and his Minister of Finance Jean-Baptiste Colbert founded the Haras Nationaux, one of the country’s oldest administrations. Today, it comprises 22 stud farms, including the Haras du Pin in Normandy, the home of the French Thoroughbred. A century after the establishment of the haras, horse racing – a British import – started to take off in France. 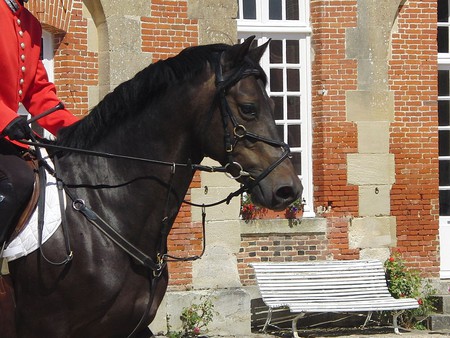 Horse and rider at the Haras du Pin │ | © Eponimm

Many of the Thoroughbred horses that you’ll find racing at top-tier courses like Longchamp are trained at either Chantilly or Maisons-Laffitte, two centers within 20 miles of Paris. Further afield, the town of Deauville on the Normandy coast – what is sometimes referred to as the 21st arrondissement given the influx of Parisians during the summer months – is famed for its racing and annual yearling sale in August. Private tours of the Thoroughbred facilities in the region are a popular day trip from Paris.

During the French Revolution, the Haras Nationaux, being a royal institution, was disbanded, only to be reinstated by Napoléon in 1806. While the emperor preferred to ride Arabs, brought to France by the Moors in the 8th century, he employed the native Percheron, a draught breed from Normandy, for his cavalry and to pull artillery. These are the world’s largest horses. The heftiest on record is Dr. LeGear, owned by Dr. L. D. LeGear from St. Louis, Missouri, that weighed 3,000 pounds and stood at 21 hands in 1903. 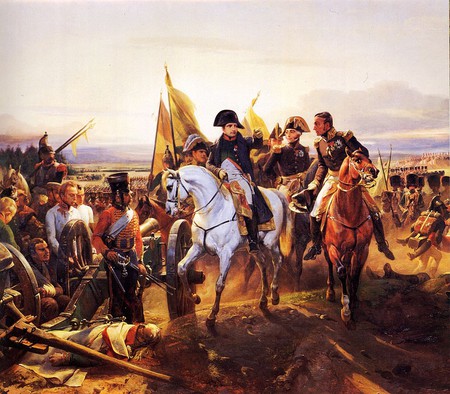 Napoleon at the Battle of Friedland by Horace Vernet │ | © WikiCommons

After the Second World War, the French reaffirmed their strong connection with horses by reviving travel on horseback and creating extensive networks of bridleways. One of France’s most popular horses, the Selle Français, a cross between Normandy mares and English Thoroughbreds, finally gained its official title in 1958. The breed has since established itself as the premier horse for show jumping. At the 2016 Rio Olympics, the French equestrian team rode them to gold – a feat they hope to be able to repeat at the 2024 Paris Olympics.

The Garde Républicaine, a prestigious division of the French police, also uses the Selle Français. Hundreds of these horses, known for their good temperament, parade through the streets of Paris during the July 14th celebrations. A behind-the-scenes visit to their training facility is one of the least-known but most worthwhile experiences in the capital. 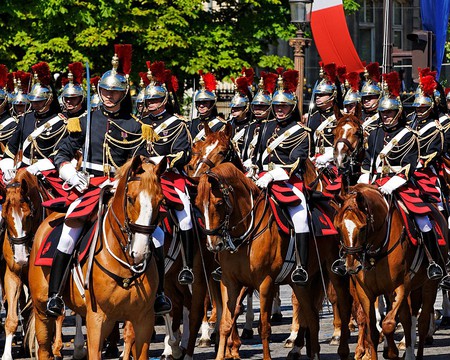 One of the most enduring stereotypes about French people is that they love nothing more than to tuck into a juicy slab of horse meat. Once a popular choice for working-class households, annual national consumption – at just 300 grams (0.66 pounds) per person – is actually a fifth of what it was 30 years ago. That being said, the recent horse meat scandal in the United Kingdom (it had found its way, unmarked, into ready-made lasagne) caused a 15% rise in French sales. Rather than a prideful reaction to British disgust, it seems the sudden increase in discussion triggered people’s happy memories of horse steaks, sausages, and pâté. 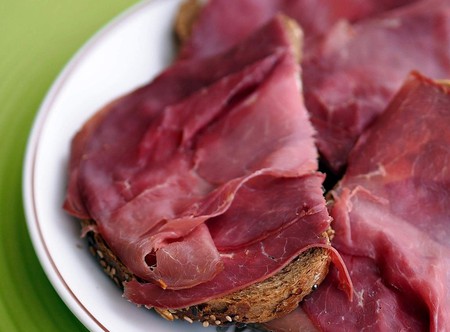 Whether the French are breeding horses to ride around tracks and over jumps, or to serve the public on all fours and on a plate, their affinity to these remarkable creatures is a lasting component of French culture and national identity.