The Marché d’Aligre offers a three-for-the-price-of-one deal that few foodies could resist: an 18th-century food hall, home to butchers, fishmongers, and delicatessens, with a square filled with antique stalls to the fore and an open-air fruit and veg market all around. Pick your moments and it’s unbeatable for fresh, affordable produce and even at its most hectic it provides an insight into authentic Parisian living.

A brief history of the Marché d’Aligre

The Quartier d’Aligre was created almost 240 years ago, under the supervision of the architect and property developer Samson-Nicolas Lenoir. The covered Marché Beauvau-Saint-Antoine, the focal point of this new neighborhood of craftspeople and traders in the east of Paris, was inaugurated in 1779. As the local population grew, so did the number of stalls filling its surrounding streets and alleyways. In 1843, the hall was rebuilt by Marc-Gabriel Jolivet, the chief architect of the City of Paris at the time, and restoration work was again required after a small fire in July 2015. 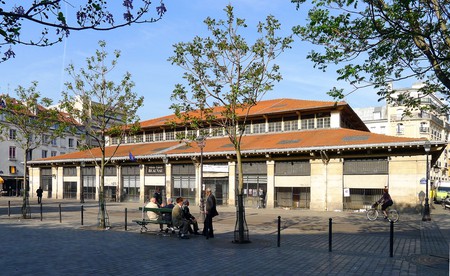 What makes the market so special?

Besides its long history, several elements combine to make the Marché d’Aligre an unusual but rewarding place to visit. Unlike most of Paris’ markets, it is on every day of the week except Mondays and all year long. Its stalls also sell a wide range of items from cut flowers to vintage clothes and cooked meats. Most importantly, it has managed to retain its local feel. The market was built to serve those who live within a few hundred feet of it and still this is who you are most likely to rub shoulders with while waiting to have your potatoes weighed. 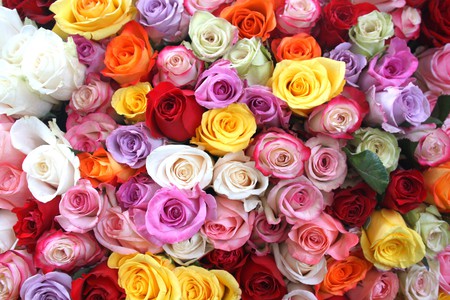 When you should visit the Marché d’Aligre is entirely dependent on the kind of experience you’re after. If you want to do your weekly produce shopping with the least amount of stress and expenditure, go on a weekday morning. If it’s the frenetic energy of a marketplace in full flow that you’re after and you don’t mind slightly inflated prices, head on a Saturday morning. You can also find last-minute bargains at Sunday lunchtime but be prepared for the crowds. Whereas the outdoor stalls disappear in the afternoon, the Marché Beauvau reopens after lunch and trade continues until 7:30PM. 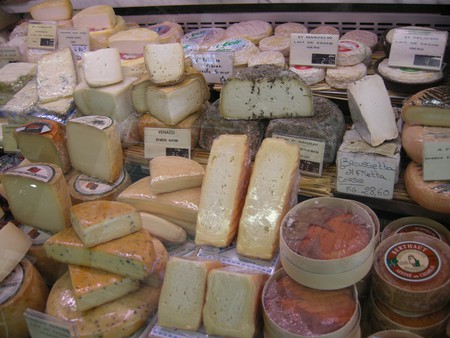 How to survive the market at its most chaotic

First and foremost, play by the rules. This means waiting your turn and looking with your eyes, not your fingers. You might have heard that French people don’t queue but this doesn’t apply to the market. If you jump the line, expect the tongue-lashing of a lifetime. Vendors, if given the opportunity, are also generous with samples. Otherwise, it’s important to stay fueled. We recommend doing so with croissants from Blé Sucré and coffee from Café Aouba. If you run on stronger fumes, you can pick up a cheap bottle of craft beer from Pommier at the Place d’Aligre entrance to the Marché Beauvau. 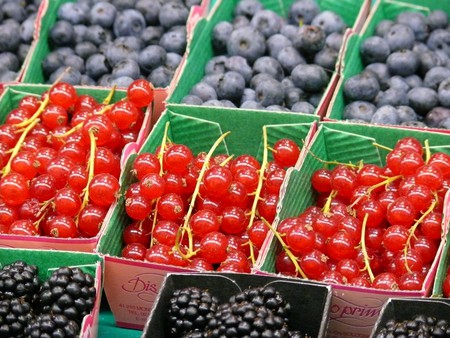 The stands to look out for

The market comprises over 100 stalls, all worthy of investigation. However, if you’re pressed for time, there are a few standout acts. During the week, pick up a €4 bouquet from Pezzali Flowers or a 40-cent aromatic bundle from Herb Vendor. The eccentric Monsieur Flauhaut at the Aux 4 Saison d’Aligre is a must-see attraction as are the chaps at Bounabi, which specializes in exotic fruits. Indoors, look out for the horse’s head above the Michel Brunon butcher and the giant antlers of Au Chapon d’Aligre. For fish, try La Marée Beauvau and Sur les Quais for deli meats and preserves. 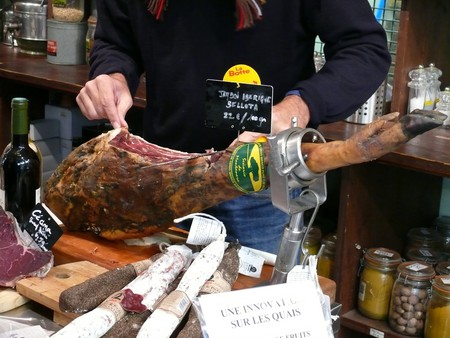 Where’s good to eat and drink nearby?

After you’ve done your shopping or perusing, you can reward yourself with a glass of wine at Le Baron Rouge or Septime Cave. At the former, the wine is served directly from the barrel and the crowds spill out onto the street, often using the cars and recycling bins parked nearby as makeshift tables. At the latter, another place that’s short on space but big on quality, a glass of wine costs between €3 and €5 and gourmet snacks from €4 to €14. Also worth considering is the wholesome Italian fare at Capucine. 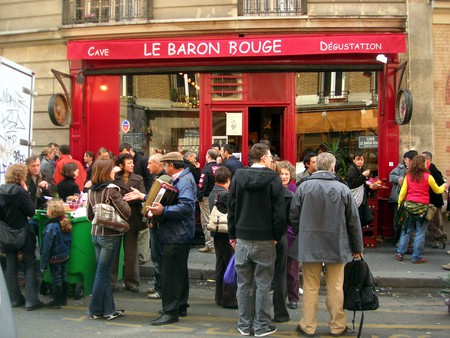