The Essential Guide To Montreuil 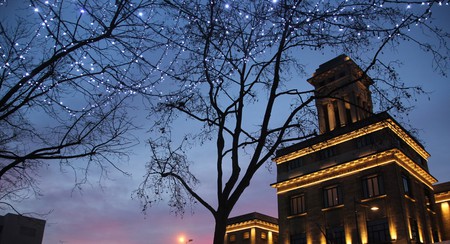 Montreuil has become the destination of choice for yuppie Parisians looking to escape city prices, buy property – converted factories, garages, and warehouses – and bring up families. To the suburb’s already rich cultural offerings, they have added trendy cafés, bars, and restaurants. Once a royal retreat, this agricultural-turned-industrial-turned-residential town is today most famous for its vibrant market and is a must-visit for Paris-weary locals and adventurous tourists.

What to do during the day

The best time to visit Montreuil is at the weekend or on a Monday when its characterful flea market, Les Puces de Montreuil, is up and running. You can spend hours hunting for lost treasures and testing your French haggling skills on the local traders. Like any neighborhood, the best way to see Montreuil is simply by wandering around. It won’t take you long to discover some amazing street art. Head in the direction of the St. Antoine quarter and you’ll find more than graffiti on the walls. The murs à pêche are the remnants of the town’s major peach-growing industry. According to Alexandre Dumas, they were the best in France. Further outdoor explorations should include the Parc Montreau where you’ll find vestiges of a 19th-century estate and the Musée de l’Histoire Vivante, which contains portraits of Karl Marx and Louis Auguste Blanqui. Additionally, poke your nose into the medieval Église Saint-Pierre-et-Saint-Paul de Montreuil and the Maison populaire, a prominent arts center. The town is also just 20 minutes on foot from the impressive Château de Vincennes. 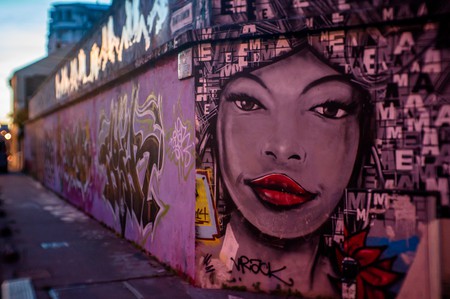 Montreuil is full of fantastic restaurants that show off the cuisines of the suburb’s diverse population. A definite must-visit for foodies is La Cave, which is a wine merchant, delicatessen, and restaurant. It also has a large terrace for sunny days. Villa9trois is another quality choice. The food is fresh and elegantly prepared, the wine list extensive, and their selection of whiskies and rums is one of the largest in the region. For French cuisine with Asian and Mediterranean influences, try Le Jardin De Montreuil. As the name suggests, it also has a cute courtyard. For a fuller picture of the Montreuil culinary scene, check out our detailed restaurant guide. 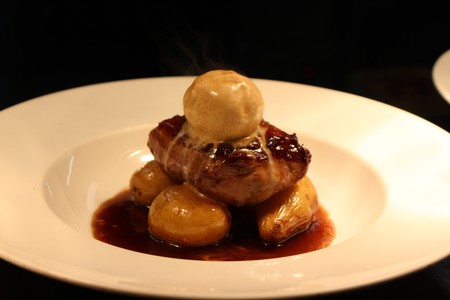 A dish at La Cave │ Courtesy of La Cave

For a post-lunch or pre-dinner drink, there are a number of lively hangouts worth trying. At Le Mange Disc you can enjoy a retro-rock vibe and sample some locally brewed Montreuilloise beer. Ô Bar Lié is a popular neighborhood bar that also serves food during the week. For beer aficionados, another establishment to visit is A la bière comme à la bière. Alternatively known as Le Drunken (and that isn’t a joke), this bar-cum-warehouse has ten artisanal beers on tap and dozens more bottled varieties to try and take home.

What to do at night

Montreuil also figures prominently in the history of cinema. In 1889, Emile Reynaud launched his optical theater here called the praxinoscope à projection, a precursor of modern cartoons. Seven years later, Georges Méliès built the world’s first film studio in his garden. The Charles Pathé studio came next in 1906 and was hugely influential in the development of silent films and the work of René Clair, Jean Renoir, and Abel Gance. A trip to the Cinéma Le Méliès seems an appropriate way to spend the evening in town; it shows arthouse as well as mainstream pictures. For music lovers, Café La Pêche and Les Instants Chavirés are two good shouts for a night out. The first favors rock, rap, and Afro-jazz, and the latter is more oriented towards European jazz. The Théâtre Berthelot also offers a varied program of dramatic performances.

If you’re looking to make Montreuil your base for a trip to Paris, one of the best local hotels is Le Kleber. It’s clean, newly decorated (though the dining room retains a rustic feel), and well-located for the metro. The Hotel ibis Styles Paris Mairie de Montreuil is also well-placed for traveling in and out of the city. As part of a big chain, you also know what you’re getting in terms of service. The Aparthotel Adagio Paris Vincennes is on the border between Montreuil and the neighboring, more chic suburb of Vincennes. As such, you are further from the sites listed above, but there is plenty to see and do in this town, too.