The Dreams Of Humanity: Face To Face With Reality

Just off one of Paris’ most ideal gardens, the Quai des Tuileries, renowned Iranian photographer Reza launched in collaboration with the UNHCR a breathtaking photography exhibition displaying on large canvases the unknown lives of men, women, and children in refugee camps. At the heart of Paris’ most prestigious museum area, take a walk and find yourself faced with the reality of the Dreams of Humanity. 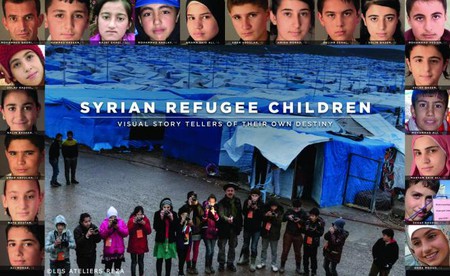 From July 2015 until October 15th, the Paris’ Quai de Seine landscape – from the Port Royal to the Passerelle de Solférino – will take a new humanitarian turn as the world-renowned Iranian photographer Reza and the UN Refugee Agency (UNHCR) contrast the tranquil reality of a city such as Paris with a different kind of reality, at another end of the globe: that of refugee camps, and more particularly so, of children in refugee camps.

Upon arrival, visitors are immediately met by the UNCHR representatives, whose job as volunteers is to explain the project and the story behind each photograph. They take visitors through the exhibition’s themes – respect, freedom, friendship, dignity, hospitality and hope, each concept illustrated by its own series and in all of the UN’s languages. 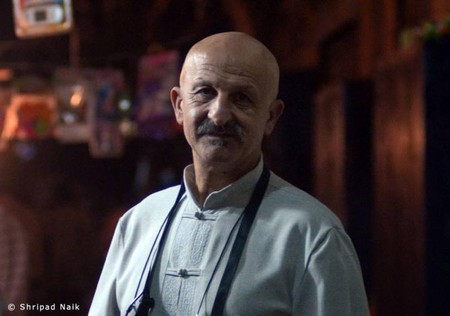 This project imagined by Reza also features work from his friend Ali Bin Thalith of the HIPA foundation, and displays photographs taken over the course of his career as a photojournalist, and more especially, a war photographer. However, the exhibition itself should not be mistaken as a display of the famous reporter’s life – quite the contrary. Five years ago, Reza had the idea to go around the world’s refugee camps with cameras and to start a photography workshop for the children. Today, the images taken in those sessions reflect powerfully on the water of one of the most important Western cities in the world with an essential message to the rest of world: we could be your children. 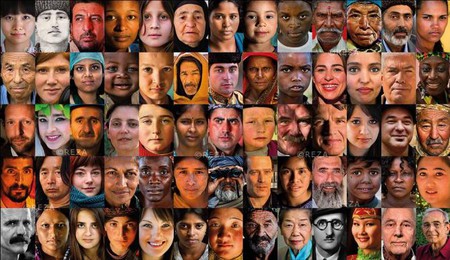 Indeed, at the heart of the exhibition lies more than just a wish to exhibit the life of people fleeing wars and repercussions in their homeland; there is also a desire to increase awareness among those in comfortable lifestyles of the hardships some humans go through every day. Therefore, the selection of pieces exhibited portray several striking episodes, such as the picture of Maya Rostam’s frozen shoes – Maya is a young girl living in a refugee camp in Kazakhstan. He tells the story of how the first day of his photography workshop, this young girl arrived late to the meeting. He asked her why she had arrived late, to which she answered that she had to wait for her shoes to unfreeze every morning before she could leave the house. This striking story is just one of many. There is also the story of an orphan boy of no more than three years old who heartbreakingly tries to reach out for his parents inside the camera lens; or that of a young girl wearing make up on New Year’s Eve and smiling as if nothing was wrong, even though her life has already been rougher than that of most girls her age.

However, the epitome of this humanitarian idealism is better represented in the five meter-long board on which faces of thousands taken by Reza since the 1970s are exhibited. A reflection of this world’s unity, of one human’s dream: that humans have equal opportunities of life and death in a world where wars are taking over.

Towards the end of the utopian journey through emotion and truth, visitors might be interviewed by volunteers wishing to assess the reasons for their coming to see the exhibition, as well as their ideas on what to do for refugees in Paris. They also might invite you to follow the Facebook page as well as the Instagram account, where all the photographs seen in the exhibition are available to view for free – a 21st century way to spread the word easily.

As Dreams of Humanity inserts itself into the Parisian dream, Paris’s atmosphere also eases the emotional blow of truth that the exhibition brings: lost in the middle of trees and water, overseeing tourists and workers, this portrait of a different world allows a new enlightening look at one of humanity’s current biggest crises.